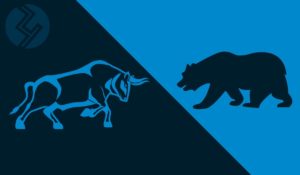 Friday, September 6, 2019, saw Bitcoin, the top cryptocurrency by market cap trudging on in a bid to break the $11,000 price level, again. However, the cryptocurrency dumped by over $500 within a few hours. As such, the joy of the moment was short-lived, which has left a bearish sentiment in the crypto community.

On the other hand, the $11,000 price level held a lot of significance to several members of the crypto space. Some analysts had opined that if Bitcoin could surge to $11,500, then it would kickstart another bull run. However, if it fails to do so, then the crypto-asset could tank below $8,000.

Other members of the space have outrightly stated that Bitcoin is not ready for a bull run now. For instance, Brian Kelly, CEO of crypto investment firm BKCM on August 22, 2019, said the fundamentals did not support Bitcoin’s spike to its year-to-date high of $13,796. In the short term, Bitcoin could dump significantly to present a generational buying opportunity, he added.

In the same vein, Jonny Moe, a crypto analyst on September 3, 2019, remarked that Bitcoin has been consolidating sideways for the past two months. As such, he believes the crypto asset will dump to $6,000 soon.

Jonny Moe, however, noted that if Bitcoin revisits $11,500 and there is an upward break of the descending triangle consolidation, then the asset could perform contrary to his prediction.