Investors have been growing concerned about Bitcoin’s macro outlook as it trades within its multi-month range between $9,000 and $10,000.

It appears that, from a fundamental perspective, it has grown stronger throughout this bout of sideways trading.

While looking towards the cryptocurrency’s on-chain data, there are signs that investors have used this as an opportunity to accumulate larger BTC positions.

Data also suggests that investors are taking a long-term approach when it comes to their Bitcoin positions, as net flows away from exchanges have been quite significant throughout the first half of the year.

One data metric that can offer insight into the long-term robustness of a digital asset is the amount of it being stored by investors on exchanges.

Bouts of heightened exchange inflows are typically emblematic of investors gearing up to offload their holdings.

This typically takes place during bull markets, with net flows into exchanges peaking just before the asset forms a long-term top.

On the flip side, when net flows are low, it is typically a sign that investors are moving their Bitcoin to cold storage while adopting a long-term investment strategy.

Throughout the first and second quarters of the year, a total of 230,000 BTC was moved out of exchanges, with net flows being negative every month except January.

According to a recent research report from Formal Verification in collaboration with analytics platform Glassnode, they note that there are now approximately 2.64 million BTC held on exchange wallets.

The report notes that March accounted for a good portion of 2020’s current Bitcoin outflows, totaling at 90.4k BTC.

“While the month of March saw the largest net outflow for a single month period (-90.2k BTC), the aggregated net outflows for Q2 was more than 3x than flows seen in Q1 this year.” 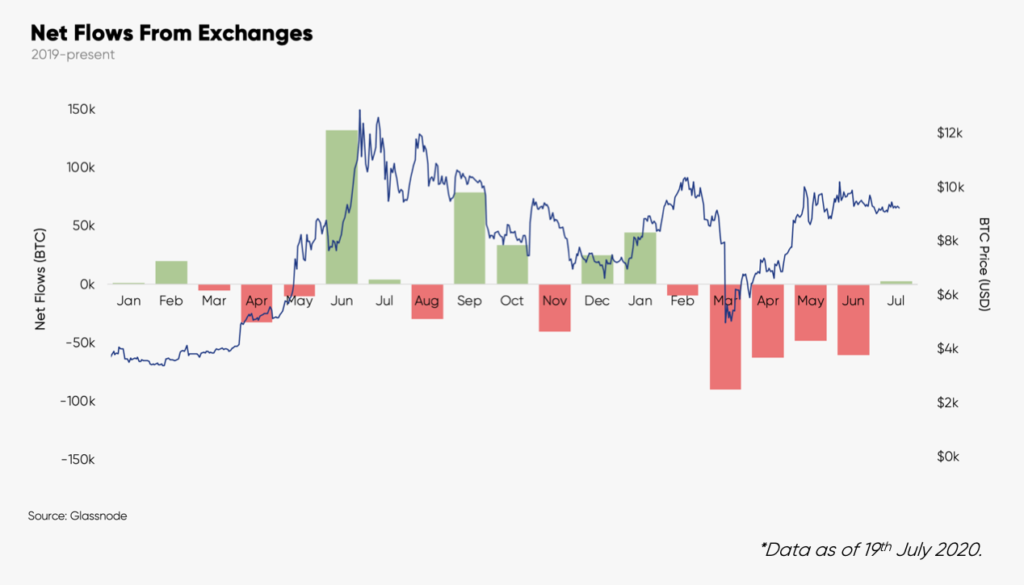 All exchanges have not been impacted equally by this trend.

According to the report, Bitfinex has been hit the hardest by these outflows. The amount of Bitcoin held by users on their platform declined by over 70 percent since the start of the year.

“Bitfinex had the largest decline in supply YTD (-71%) and in Q2 (-66%), followed by Bitmex and Bitstamp which both showed similar rates of decline.”

Data also shows that a few exchanges have seen net-positive inflows, including Binance, Gemini, and OKEx. 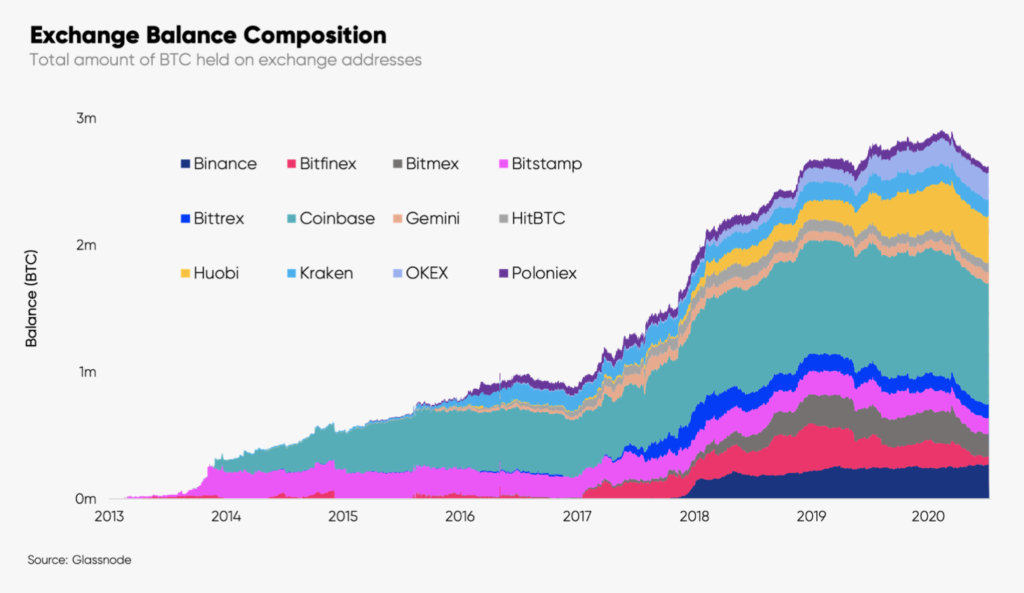 Because Bitfinex and BitMEX tend to favor active traders due to offering margin trading capabilities, this trend also suggests that investors are becoming less keen on actively trading Bitcoin.