The Ethereum price increased by 16 percent on the day against the U.S. dollar. Prior to the rally, analysts anticipated ETH to see a rapid recovery to $200 in the near-term.

Josh Olszewicz, cryptocurrency technical analyst, was one of the few who observed an ascending triangle forming at larger time frames of the Ethereum chart.

With $200 being a heavy level of resistance and a liquidity pool for traders, the Ethereum price could retest the $200 area in the short-term. 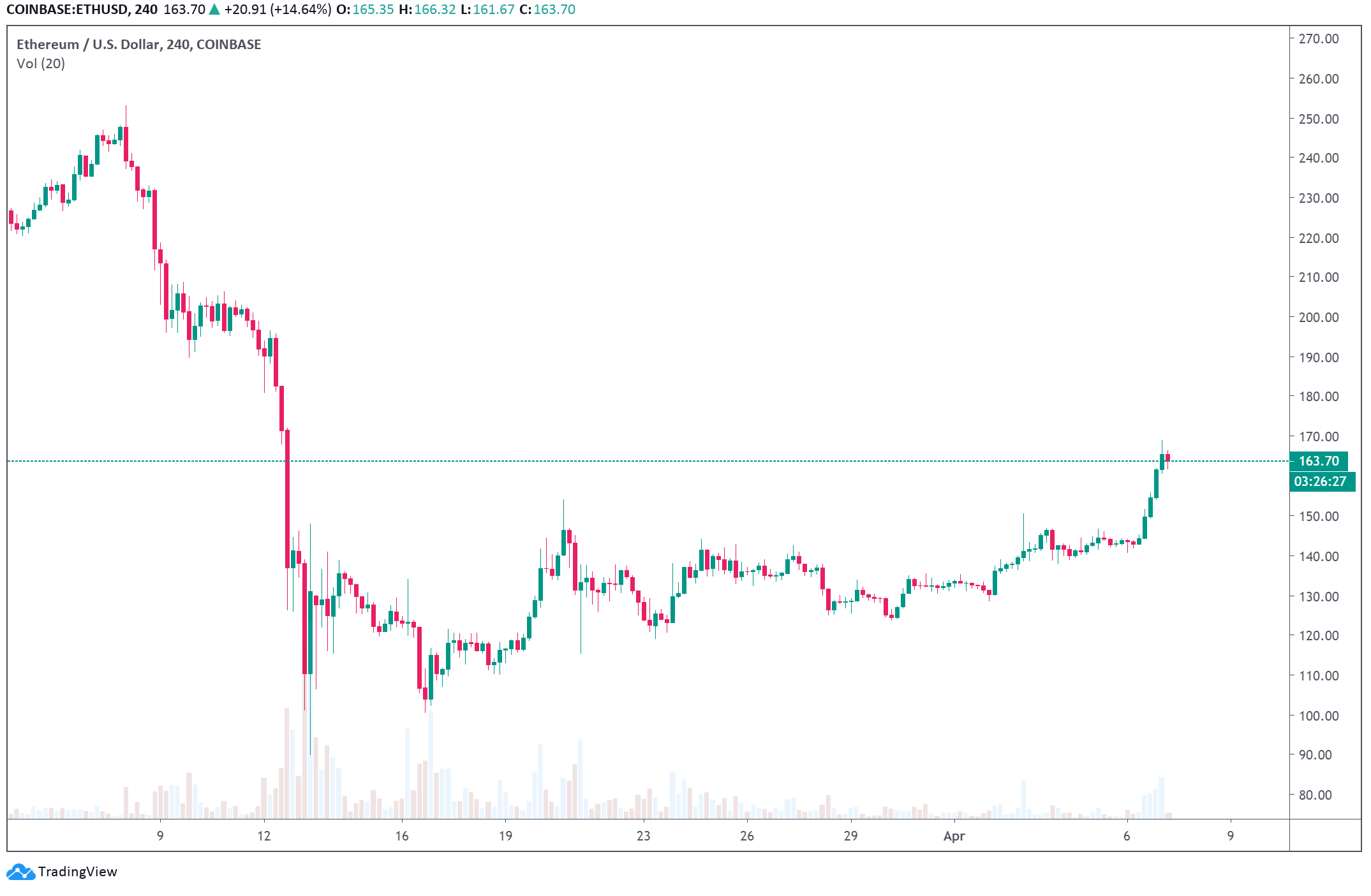 Ethereum depends on Bitcoin, and both look optimistic

The swift recovery of the Bitcoin price from $6,700 to above $7,000 triggered Ethereum and several other alternative cryptocurrencies to see a strong upsurge.

Ethereum was largely oversold since the capitulation-esque drop to $80s, underperforming against BTC throughout March. 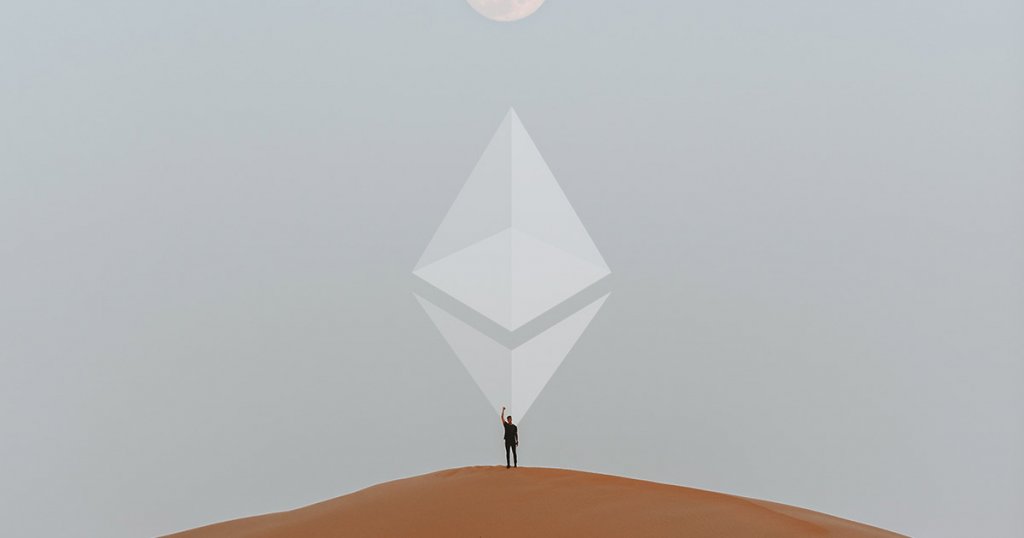 The oversold nature of ETH led every rally it saw in the past week to be larger than Bitcoin and other large market cap cryptocurrencies.

In the near-term, two key resistance levels exist for Bitcoin at $7,700 and $8,500. One trader said that a rebound to $7,700 is seemingly the next logical move. But, the trader noted that the price action is moving faster than anticipated, which may leave it vulnerable to abrupt pullbacks.

“Now cleared all previous highs since breaking down, showing good signs of strength, next resistance level for PA will around $7700 region which is where we broke down. Daily close above $7000 would be significant, still thinking that this PA is too good to be true.”

The cryptocurrency market is yet to see a noticeable increase in volume to follow up the recent uptrend of Bitcoin and Ethereum.

One possible counterargument against the stagnant volume is that since the Bitcoin price dropped to $3,600 on March 12, most of the volume shifted from the futures market to spot.

The rally of Bitcoin since $3,000s was largely spot driven, as data from Coinbase has shown. Many retail investors bought as the BTC price dropped to levels unseen since 2018.

“Customers of our retail brokerage were buyers during the drop, and Bitcoin was the clear favorite. Our customers typically buy 60% more than they sell but during the crash this jumped to 67%, taking advantage of market troughs and representing strong demand for crypto assets even during extreme volatility.”

When primary volume shifts from futures trading to spot, it lessens volatility in the market as less people are trading with large amounts of debt.

It reduces the impact of cascading liquidations, causing massive movements that leave the crypto market at risk of an overnight plunge.

For Ethereum, traders foresee the Ethereum price testing $200, with a higher resistance level at $230. With the U.S. stock market exhibiting significant strength as the Federal Reserve readies to purchase equities as the last line of defense to prevent a further plunge in stocks, the cryptocurrency market is also in a strong position to see a short-term rebound.

The post Analyst: this simple Ethereum structure point towards a quick recovery to $200 appeared first on CryptoSlate.