Jennie Hill, CEO of Australian training company Motorvation, talks about the dearth of women traders in the crypto space – particularly older women – and how the market would benefit from their increased participation.

I’ve written a number of times (including here and here) about my journey to cryptocurrency trading.

As described, I started when Bitcoin was booming, quickly got burned as nearly everyone did, and finally found a way of trading that was largely risk-free and hugely rewarding.

However, in taking steps to get involved, I forgot about the crushing (and largely unconscious) influence of two related issues that have held me back the most in getting the most out of investing: age, and gender.

And even though I’ve written about these double disadvantages before – and have encouraged other women to overcome the negatives associated with both – I’m embarrassed to say I didn’t take my own advice. 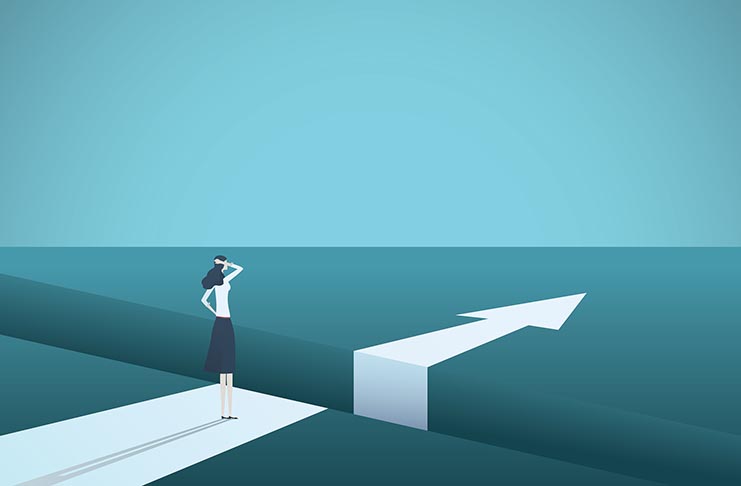 My biggest stumbling block…was me!

It’s painful to admit, but I let my own self-doubts hinder me. And now that I realise this, I really regret it.

As I set out in the last piece linked above, I was thrilled when I found the trading methods outlined by Craig Cobb, who runs a brilliant company called Trader Cobb.

When I first spoke to Craig, he was enthusiastic about women as traders. Since I’d found this attitude rare, Craig and I had several conversations and I was pleased I was able to showcase his ideas to the many women I engage with online.

Craig also invited me to participate in his online discussion forums, but here, I hung back.

They were – as all crypto spaces are – dominated by men, and I found them somewhat intimidating.

Nobody deliberately made me feel unwelcome, but when it came to the crunch, I was unable to overcome the memories of disparaging treatment I’d received in other crypto spaces, which meant I failed to get actively involved.

Despite those hesitations, I completed Craig’s courses and placed a couple of trades.

On the first, I made good money, but it was risky because I knew there was an aspect of the training I hadn’t fully understood.

This was to do with where and how to place stop losses. These are used so a trader can place an order but do so in a way that limits financial risk, because if the value of the investment falls during the trade, the trading site will automatically sell your holding and “stop” you out of the trade.

Despite being a quick learner and otherwise confident in placing trades, I couldn’t grasp how to set a stop loss.

Yet instead of doing what I should have done (which was to ask a question in Craig’s groups), I decided to trade without setting this essential parameter.

I just couldn’t shake the feeling that others might sneer at me for lacking this basic knowledge, so I went it alone.

You guessed it: on my next trade, the bottom dropped out of the coin without warning. If I’d had a stop loss in place I would have lost a few dollars: without it, I lost much more.

It shouldn’t have hurt, but it did; mostly because it was my own fault.

That was months ago, and I’ve never placed another trade since. I’ve badly wanted to, but my confidence disappeared.

And so, I’ve more-or-less walked away from an activity and potential lifestyle I enjoyed and could have been really good at.

I agree that this behaviour sounds weird coming from an otherwise confident, accomplished woman who has run her own business for almost 30 years in a very heavily male-dominated field.

And I do wonder, myself, about why I was unable to overcome certain issues and become a skilled trader.

This explanation isn’t a whinge or a whine, and I don’t deserve more consideration or kid-glove treatment than any other new crypto trader.

Everyone is nervous when they first start trading, and everyone makes mistakes. My lack of courage and confidence isn’t anyone else’s fault.

Having said that, it’s true that women getting into trading tend to start with more disadvantages than men, and that these disadvantages aren’t much discussed:

I’d be horrified to receive special or better treatment because of my gender. Having said that, I’m always amazed most men don’t go out of their way to encourage more women into cryptocurrency trading, and some actively work against it.

Not because of chivalry or being a nice person (although hey – why not?), but simply because it would financially benefit them to do so. 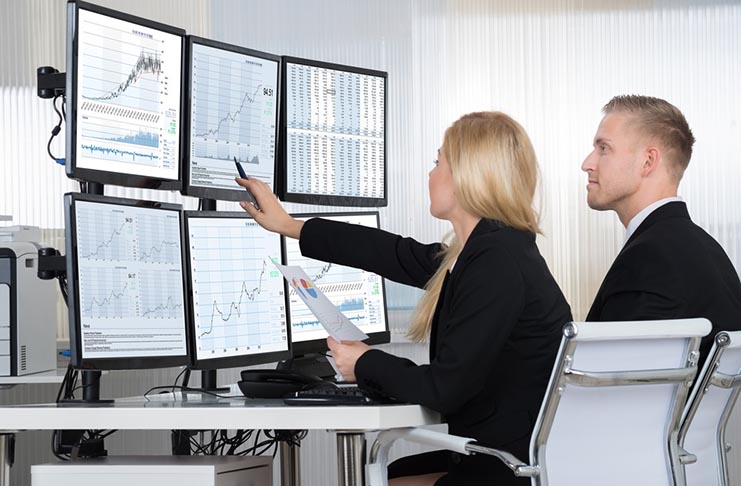 What women crypto traders bring to the table

How? Well, just look at how many women traders there are – estimates say around five percent are female.

This means that if women felt comfortable and didn’t dabble then reluctantly leave, there might be many more long-term women traders.

It also means the entire pool of traders would grow faster.

If millions more women entered the crypto market because they felt safer to do so, overall market caps might increase by huge amounts.

This means that not only would coin values rise, but trading opportunities would increase as well.

With huge potential increases in profits on the cards, why do so many men persist in keeping women out of crypto trading?

I’ve no idea, but I do know many men appear to actively despise women and don’t want them to succeed. Yet I wonder if they’d feel the same if they knew they’re harming their own bottom line the most.

It makes even less sense not to encourage older women to participate.

Many mature women have more time and disposable income than their younger counterparts, and many are also looking for a change in career, or want to fit work in around caring duties or part-time work.

For these reasons, they’re a huge potential market. Yet I’ve never found any organisation catering only or mainly to this demographic, and many appear openly hostile to such women.

So, what’s the answer for women and cryptocurrency?

I’ve thought a lot about this lately and for me, I believe the answer lies in teaching women face-to-face – or at least to offer this at some stage of their training.

Women (and some men) get a lot of information from body language and tone, and this helps them gain trust in the teacher as they can develop a personal rapport.

For the same reason, it’s easier to ask questions and make mistakes in person than it is in an impersonal online chat room, where the responses of others are less transparent. This develops confidence.

I hope one day that such personal tuition becomes available and affordable for women because it’s a shame that so many of us all over the world miss out on the benefits of trading because of issues I’ve described.

I hope one day to find a way to re-engage with cryptocurrency trading, as I still believe whole-heartedly in the benefits and value of being a trader.

It’s fun and rewarding, for those who learn the skills and follow the rules.

Disclosure: This article was written by Jennie Hill, who is an actual client of Micky’s commercial partner Trader Cobb.

Disclaimer: This is paid-for content and cannot be considered as investment advice. Publication does not imply endorsement and Micky is not responsible for the products, services, or claims made. Readers should do their own research before taking action on this or any other company and assume full responsibility for their decisions.

The post Australian CEO talks about why most older women don’t invest in crypto – and why they should appeared first on Micky.