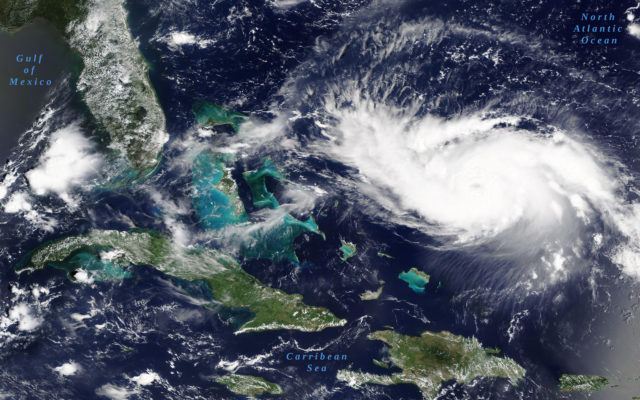 The charity arm of Malta-based crypto exchange heavyweight Binance is launching a fundraising campaign for Hurricane Dorian victims. Donations will be accepted in Bitcoin, Binance Coin, and XRP.

The Fury of The Dorian

As per latest reports coming in from the Washington Post, Hurricane Dorian has already made headway into the American states of North and South Carolina. It has flooded parts of downtown Charleston, S.C., with a combination of storm surge and rainfall-runoff, prompting a flash-flood warning through mid-morning there, in addition to a storm-surge warning.

Latest updates mention Hurricane Dorian to have mellowed down a bit, specifically from a ‘high-end Category 2 storm’ to a ‘low-end Category 3 storm’. It is now predicted to move up northeast and touch Virginia next. However, the havoc and devastation which Dorian lay in its wake in the Bahamas cannot be denied.

As per statistics mentioned by Binance founder and CEO, Changpeng Zhao on twitter, Hurricane Dorian has ripped apart 13,000 homes leaving more than 40,000 people in dire need of immediately accessible aid and supplies.

#HurricaneDorian has already damaged over 13,000 homes with more than 400,000 people in need of immediate aid & supplies.

Let’s join @BinanceBCF & use blockchain for good to help #buidl a better future for those affected.

Binance to the Rescue

As per fundraising details furnished by Binance, the company is claiming to move the needle in Hurricane Dorian’s relief operations through its blockchain-powered donation and charity platform, Binance Charity. The website says:

Blockchain-powered charity, like Binance Charity’s platform, can bring fast assistance to people during disasters when access to money is crucial for affected victims.

Pioneering the Use of Blockchain for ‘Social Good’

In addition to directly raising cryptocurrency funds for Hurricane Dorian, Binance Charity is also calling for donations from the crypto and blockchain industry. The same will be handed over to non-profits and corresponding entities in the Bahamas, which have taken up the mantle to restore the island nation to normality.

This doesn’t end here. Binance has long-term plans “to replicate and enhance the processes being implemented for this project to future hurricane-related disasters.” To quote the exact verbatim from the site:

We call on the blockchain community to not only work with us in delivering much-needed aid to those affected by Hurricane Dorian, but also to recommend solutions and enhancements for a faster and better way to deliver aid through Binance Charity’s blockchain-powered platform.

We at Bitcoinist truly appreciate the steps taken by one of the top cryptocurrency exchanges in the world to help restore order in the most affected sections of the global geography. Salud!

Do you think Binance will succeed with its fundraising operations for Hurricane Dorian? Let us know your thoughts below!