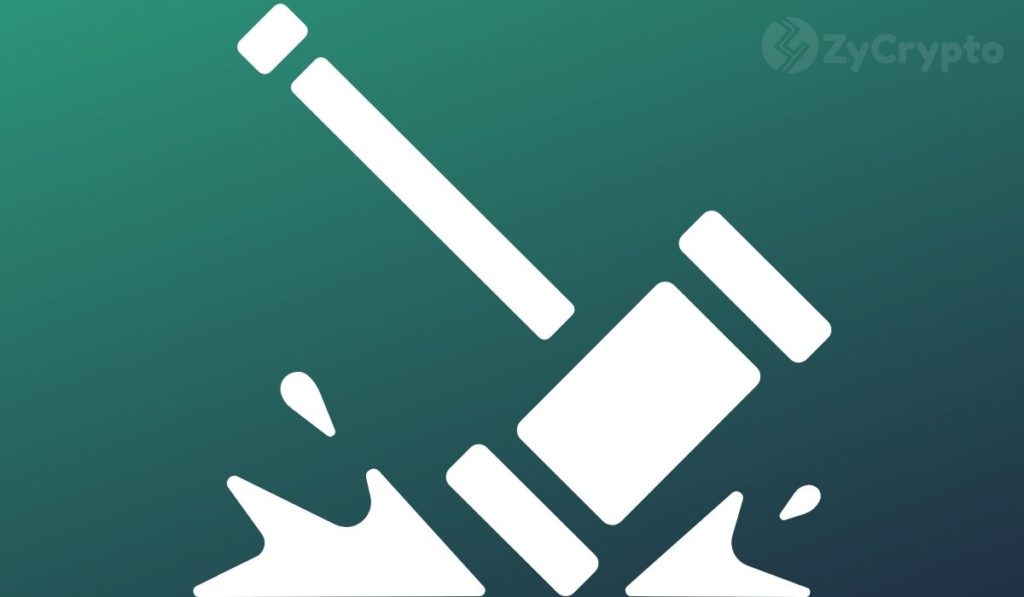 The price of bitcoin has plunged by over 5%, two days after the flagship cryptocurrency set a new all-time high above $24,000. During the recent explosive rally, bitcoin set record highs after new record highs, reaching the current ATH high of circa $24,200 on Saturday.

However, bitcoin has since lost support at the $23,000 level and plummeted all the way to the lower $22Ks region. The big question now is, is this the beginning of the much-anticipated massive retracement?

On Monday, bitcoin dropped by over $1,800 to hit $22,256. At the time of writing this, bitcoin has rebounded slightly to $22,484.32, with 5.11% losses on the day. This downward move comes after several analysts had called for a correction after the latest parabolic run. The bellwether cryptocurrency has gained over 220% year-to-date and analysts believed that a retracement was due. 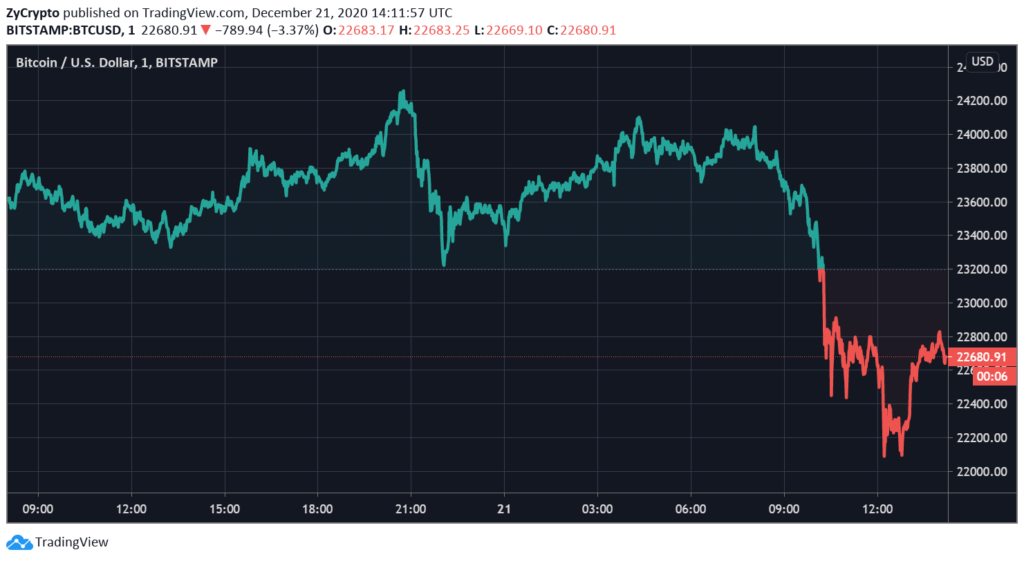 Coinciding with the BTC price drop, the US dollar has surged close to one percent following the increased demand in the U.K after the nation imposed new COVID-19 restrictions. The U.K, already dealing with the uncertainty around Brexit, became host to a new strain of coronavirus that is believed to be 70% more transmissible than the prior one.

Altcoins are also under severe selling pressure, with ethereum dropping by 7.49% to trade at $602. Ripple’s XRP has taken a $12.24% beating to hit $0.51. Litecoin (LTC) is the biggest loser among the top ten cryptocurrencies as it is posting close to 13% losses.

The Odds of A Mammoth BTC Correction Would Increase If Inflows Into Grayscale Decrease Significantly: JPMorgan

Strategists at JPMorgan Chase & Co. have indicated that a devastating retracement is likely if the flows into Grayscale Bitcoin Trust reduce dramatically.

According to a note penned by the investment bank’s analysts on Friday, such a decrease in inflows into the world’s largest bitcoin fund would trigger a correction similar to the one seen in the second half of last year. At the time, bitcoin dropped over 40% from over $13,000 in June to the $7K level in December of that year. This was reported by Bloomberg on December 21.

The analysts explained that Grayscale’s BTC inflows are “too big to allow any position unwinding by momentum traders to create sustained negative price dynamics.”  The JPMorgan strategists then implied that bitcoin is showing overbought conditions after the dormant cryptocurrency skyrocketed to all-time highs in recent weeks.

The New York-based digital asset manager Grayscale now has around 15.5 billion in crypto-assets under management as of December 19. This is an increase of $2 billion in the space of less than a month. The Grayscale Bitcoin Trust, in particular, holds at least 13 billion.

Nonetheless, there has been a notable increase in interest from wealthy traditional investors the likes of Paul Tudor Jones and Stanley Druckenmiller, and corporate institutions like MicroStrategy, Square, and MassMutual. Most recently Tesla and SpaceX founder Elon Musk enquired on Twitter if he should add BTC to his company’s balance sheet.