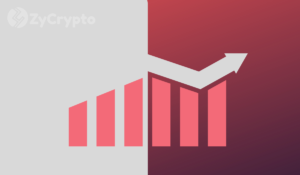 Cryptocurrency analyst Josh Rager has once again updated the public on his take on the current state of Bitcoin as the weekend draws in.

Shedding light on the big bull’s market performance on Friday with a trading chart from Coinbase, Rager explained that Bitcoin has tumbled over to resistance levels as opposed to earlier this week when the big bull was gaining support and showing possibilities of a bullish crossover.

At this point, trading prices could drop to the lower ends of the $9,000 mark. Still, Rager maintains that he’d still get Bitcoin at $9,000, which means that the flip over is not an overall conclusion that Bitcoin is headed for a bearish outpour. He said;

I’m out for the evening – have a great start to your weekend!”

Since the month of September, Bitcoin has been sitting between the mid and higher ends of the $9,000 mark. Entering the month with a price of $9630, a bullish crossover to the $10,000 mark had been highly anticipated and on the 2nd, BTC hit $10,345 and went ahead hit a daily high of $10,736 but later struggled to stay afloat.

Meanwhile, since the past 24hrs, the big bull has been experiencing simultaneously bullish and bearish engulfing patterns. It would seem that sellers are pushing the price down and buyers, in their usual form have refused to settle.

The post Bitcoin has flipped support for resistance and might go below $9,000, analyst says appeared first on ZyCrypto.