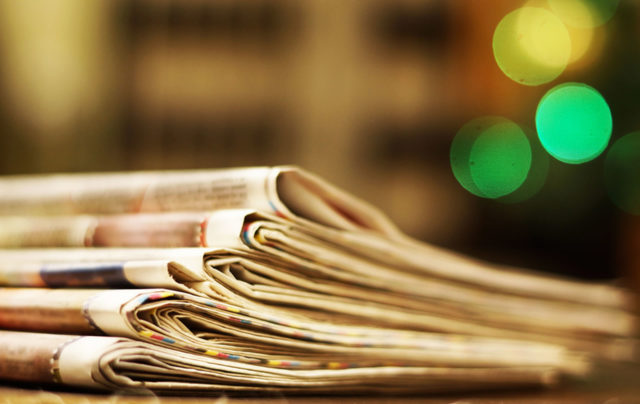 This morning bitcoin was making the headlines in a Chinese state newspaper as the bullish momentum gathers pace in Beijing’s blockchain drive.

Bitcoin On The Front Page

Reports are circulating on crypto twitter that Monday’s edition of the official state-run publication of the People’s Republic of China, Xinhua, featured an article titled ‘Bitcoin: The First Successful Application of Blockchain Technology.’

The article was first noticed by Sino Global Capital CEO Matthew Graham who posted it;

The piece was not all full of compliments however and opened with this line according to a translation:

“First of all, Bitcoin is not a tangible currency. It is produced and operated on the Internet … [Unlike] banknotes [which are] supported by national laws and sovereign credit, Bitcoin is completely born in the modern technology Internet era.”

This was to be expected from a regime that strives its hardest to discourage its population from dabbling in digital assets. Nevertheless, bitcoin featuring on the front page of state media could introduce the concept to millions of people.

The report then details how blockchain works, while briefly touching on cryptography, consensus, mining, and halving. When listing characteristics the translated article states bitcoin has …

“Good anonymity, the identity of the account holder will not be known to anyone. People can freely transfer money through Bitcoin without having to verify various identity information like bank transfer,”

But then it countered this positive endorsement with a negative one claiming that BTC is most widely used for ‘black market’ and ‘darknet’ transactions. There were also veiled warnings about price fluctuations;

“The price of Bitcoin is subject to large fluctuations. Bitcoin is just a bunch of data. If it is not linked to real money and physical goods, it is difficult to ensure the stability of its price.”

While the caveats are still clear, China appears to be slowly warming to bitcoin. Just last week bitcoin mining was removed from an official list of industries that the National Development and Reform Commission (NDRC) intended to crack down on.

The move was largely seen as bullish for the industry as was the very public endorsement of blockchain technology by president Xi Jinping a couple of weeks ago. Earlier this year one of China’s major banks posted an educational piece on how bitcoin works, and the state has even started to censor any negative content on blockchain.

Bejing’s blockchain drive is gathering pace and now bitcoin has made front-page headlines, and not all for the wrong reasons.

Will China’s official acknowledgment of BTC be bullish for markets and the industry? Add your comments below.