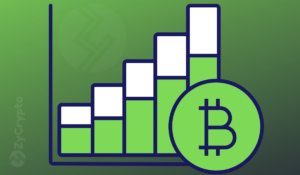 Low volatility in the past few days caused bitcoin (BTC) to trade sideways. BTC is, however, correcting higher and could be back above $10,000 soon if the bulls manage to break the resistance at $9,880. Veteran trader Peter Brandt suggests that bitcoin has already entered its fourth parabolic phase.

It’s worth noting that back in April, Brandt told his followers that BTC had hit its bottom and it wouldn’t surprise him if the digital currency entered a new parabolic phase. Shortly afterward, BTC hit its YTD high of more than $13,500. Notably, BTC halving is only eight months away. Therefore, it makes a lot of sense to believe that bitcoin could be poised for a meteoric rise.

Bitcoin Might Have Entered Its Fourth Parabolic Rise, Says Brandt

Brandt made this comment referencing an earlier tweet by Raoul Paul, a retired hedge fund manager. Paul opined that bitcoin could be headed for a bull run taking into account the wedge pattern formed by the king coin. He went ahead to mention that this was the perfect buying opportunity for those who had not acquired any yet as it was highly unlikely that bitcoin will revisit current prices after rising.

“If you don’t have any bitcoin $BTC #bitcoin then this looks like the last time to board the rocket ship… I LOVE wedge patterns like this. They have a high probability of success. Good luck. There is a “shit ton” going on in macro land.”

Selling pressure intensified last week forcing BTC to plunge to $9,300. However, these observations from these two renowned crypto analysts have been met by a continued increase in bitcoin price The bulls have since initiated a recovery and the largest crypto by market cap is trading at $9,809.34 marking 2.3% gains on the day as per CoinGecko.

Hash rate is often a metric that shows that a network is thriving behind the scenes. It also shows that the network is more secure and thus boosting investor confidence in the network. Max Keiser, RT journalist and bitcoin aficionado shares the same sentiments as Brandt and Raoul. Keiser even goes ahead to reiterate his prediction that bitcoin is headed to $28,000 with the current state of things.

The expert uses game theory to make his inference stating that as BTC’s hash rate nears 90 exahash per second, the price will follow next, ultimately reaching $28k.

Is a bull run on the horizon? Who knows? Nevertheless, the future looks promising. Many believe the launch of Bakkt Bitcoin futures this month that will be settled in Bitcoin, not cash could ignite a price rally.

Additionally, as bitcoin’s halving event inches closer, some experts are optimistic that BTC’s price will surge as soon as the bitcoin in supply is reduced by half. One such expert is Anthony Pompliano, co-founder and partner at Morgan Creek digital.

The post Bitcoin In Its Fourth Parabolic Phase. Is A $28,000 Price On The Horizon? appeared first on ZyCrypto.