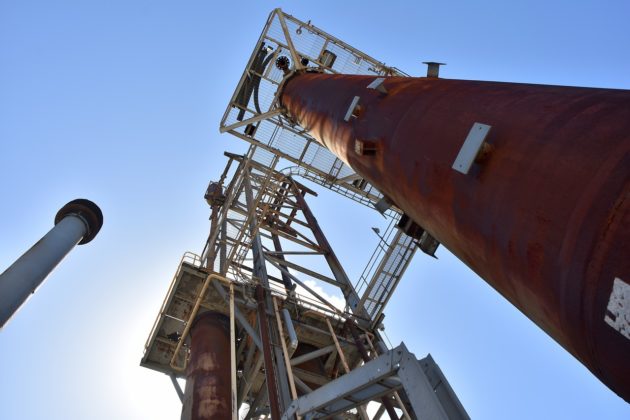 Canadian gas companies are using trapped natural gas to fuel Bitcoin mining, instead of simply having it flared to the atmosphere.

Bitcoin mining is renowned for requiring a lot of resources, and with an increased price of the coins, mining is once again under the spotlight. Recently, gas companies in Alberta, Canada, figured out a way to use trapped natural gas to fuel Bitcoin mining, instead of just letting it dissipate out into the atmosphere and pollute the air.

In fact, according to recent reports, as much as 500 m3/day is being utilized for mining purposes, instead of being vented into the atmosphere.

Another Ohmm Mini installed in Saskatchewan.

Up to 500 m3/day of natural gas will no longer be vented into the atmosphere! #bitcoin #mining #stackracks pic.twitter.com/t4zzcsLT8U

Bitcoin Mining, Rather Than Flaring

Bitcoin mining requires huge quantities of resources, which is seen by many as a problem that affects the environment. On the other hand, so does flaring trapped pockets of natural gas that is being released into the air in countries like Canada.

Now, thanks to a recent revelation that the country’s gas firms had had, all of this natural gas can be used for powering BTC mining farms. According to Bull Bitcoin’s Francis Pouliot, using the gas in this way solves a massive problem for gas well owners, thousands of which were struggling to contain these gas bursts or find a use case for them.

Today I visited an Alberta gas company that has been prototyping Bitcoin mining operations with trapped natural gas, too costly to sell onto the grid. Bitcoin solves a massive problem for 1000s of gas well owners. There is overwhelming demand to monetize trapped illiquid energy.

Furthermore, gas prices have been declining over the years, which did not exactly create an incentive to collect and transport it. The only way to get rid of it was to have it burned as it leaves the earth, which did not recover any energy, and it polluted the atmosphere.

Gas wells will no longer have to shut down

While flaring the gas was one form of a solution to the problem, the companies were not able to do it indefinitely. There are regulations that pose strict limits to how much gas can be flared, and after the companies reached that limit, they would have to shut down the wells.

With the new solution, this will no longer be the case, as the companies can install Bitcoin mining gear and use the gas to mine the coins. With more of the natural gas being used for powering mining farms, there will be a major reduction of carbon dioxide emissions from gas and oil exploration, which ultimately leads to greener mining.

At the same time, this approach can also bring greater decentralization of the mining process going forward.

What do you think about the new approach to mining and handling of natural gas? Leave a comment below and let us know.