Bitcoin (BTC) bulls were surprised to see the benchmark cryptocurrency plummet to below $10,000 yesterday, which this drop marking a bearish resolution to the tight trading range the crypto had previously been caught within in the lower-$10,000 region.

Today, this bearishness extended further as the crypto reeled down to lows of $9,700, with today’s drop potentially opening the gates for significantly further losses.

In the near-term, analysts are noting that $9,700 is a critical support level that must be held above, with a sustained dip below this potentially sparking a violent drop down to $8,500.

At the time of writing, Bitcoin is trading down nearly 1 percent at its current price of $9,850, which marks a notable decline from recent highs of $10,200 that were set early yesterday morning when the cryptocurrency was caught within a bout of sideways trading.

The drop from this level led the crypto to lows of $9,800 before it bounced to highs of $10,050, which is where it once again rejected.

This morning, this recent bearishness extended further when the crypto plummeted to lows of $9,700, which is a key support level that bulls are in the process of defending.

Jonny Moe, a prominent analyst, spoke about the importance of this level, concisely noting that it is a “magical level” for him.

Multiple factors suggest BTC will break below this key support

Despite the bullish market structure that has been formed over the past several weeks and months, it is possible that BTC will soon face its first notable decline in the time since its 2020 uptrend first kicked off.

Josh Olszewicz, a well-respected crypto analyst and trader, explained in a recent tweet that he believes Bitcoin will soon retrace down towards $8,500, which could be driven by high open interest and declining futures premiums. 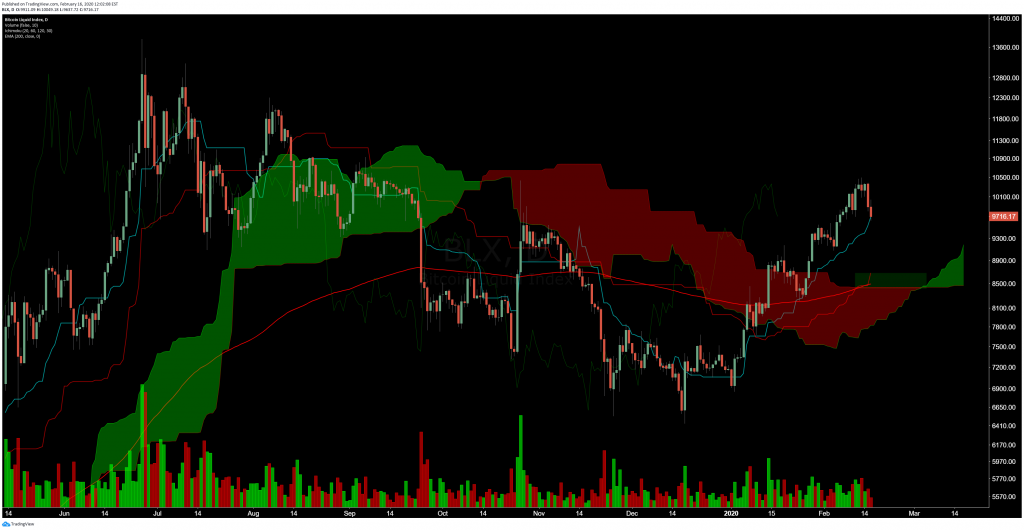 If these factors do give bears enough strength to push Bitcoin below $9,700, this ongoing downtrend could turn into a full-fledged bout of capitulation.