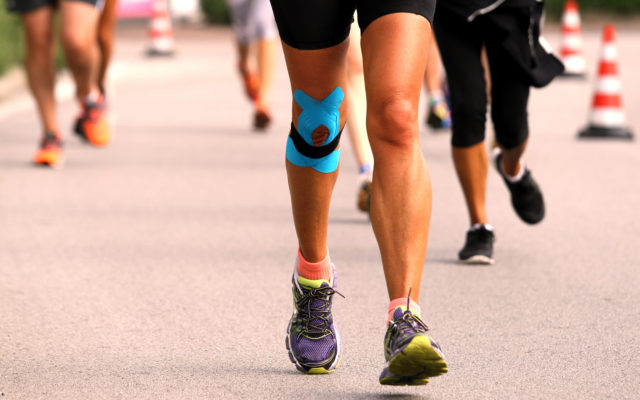 After a 17% pullback Bitcoin price bulls appear to be fighting to retake $11000 but will they succeed?

On Monday Bitcoin price reversed course and added 12.5% as an attempt to make up for the weekend’s steep 17% drop from $11,500. The sell-off appeared to be the result of exhausted buyers losing steam after the second rejection at $13,215 and many traders openly expressed concern than Bitcoin’s weekly close was in peril could have accelerated selling.

From a short-term perspective, it appears that Bitcoin was in dire straits but a glance at the daily and weekly chart tells a slightly different story.  Scott Melker, a crypto trader at Txwestcapital, tweeted a series of charts which according to him show Bitcoin resting comfortably in a bullish uptrend. In the tweet, Melker reminds traders that BTC is still above $10000 and this is still three times above the February 2019 bottom. 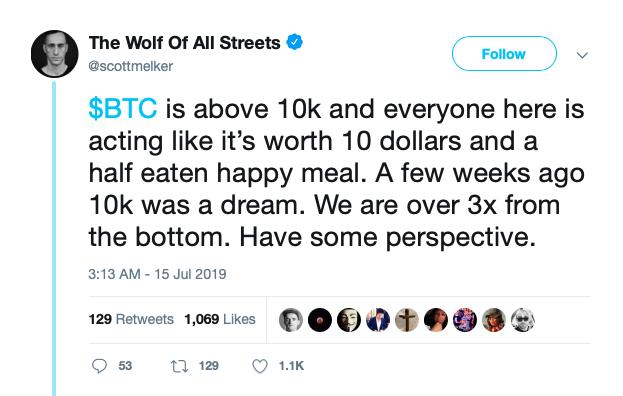 Considering that Bitcoin has been in a parabolic trend since April, a strong pullback was clearly on the cards and Melker says that observing BTC’s price action on a wider time frame should put traders at ease. 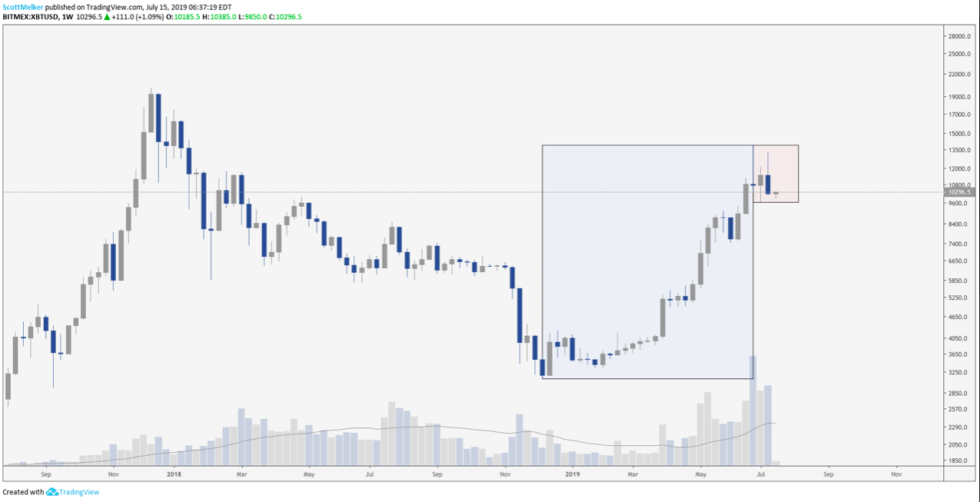 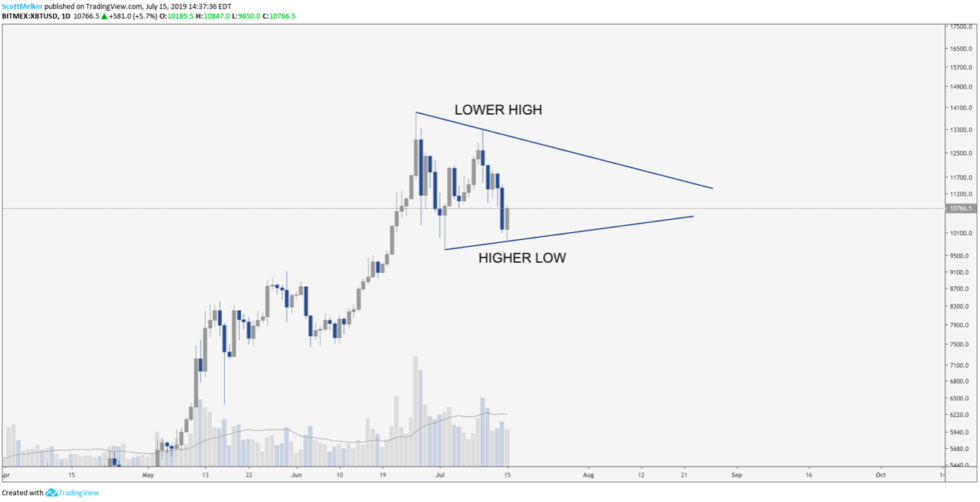 Take the Bird’s Eye View Of The New “Bull Market”

Crypto trader Hannes Gruschinski appears to concur with Melker and his recently posted Bitcoin price log chart shows what he describes as the “beginning of a new bull market.” Gruschinski claims that for the 3rd time in its trading history the 200 DMA is overtaking the 350 DMA which signals the start of a new long-term uptrend.

According to Gruschinski’s chart, Bitcoin could max out around $30,000 before sharply retracing in preparation for the halving in May 2020. While there were some who disagreed with the chart, Fundstrat lead analyst Thomas Lee commended Gruschinski for his accuracy and appeared to endorse the chart and its conclusion.

Do you think the Bitcoin price will reach $20,000 before the end of 2019? Share your thoughts in the comments below!

The post Bitcoin Price On The Mend After 17% Weekend Correction appeared first on Bitcoinist.com.