The Bitcoin price crashed from $7,400 to $5,200 in just one hour, liquidating a staggering $665 million worth of long contracts.

Bitcoin dropped below the highly anticipated weekly 200-day exponential moving average (EMA), making it one of the steepest single-day drops in the history of the market. 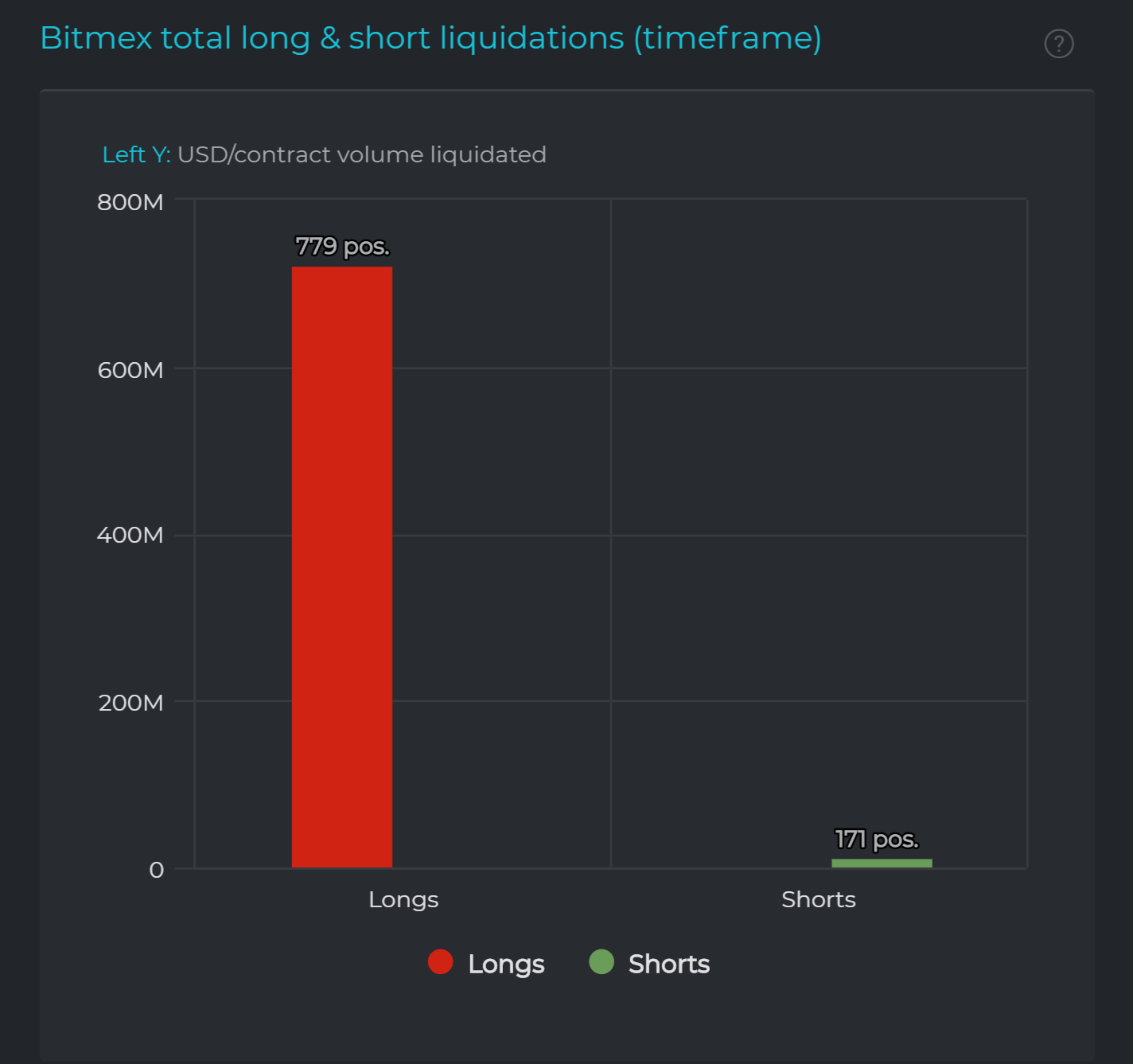 $665 million worth of Bitcoin longs liquidated in an hour on BitMEX (source: datamish.com)

What triggered the Bitcoin price drop?

The Bitcoin price has been closely mirroring the trend of the U.S. stock market since early March.

As the Dow Jones Industrial Average (DJIA) indicated an implied open of 1,100 points on March 12, the crypto market started to show signs of weakness.

An abrupt fall of the Bitcoin price below the $6,410 bottom sent BTC crashing to low support levels, ultimately sending it to $5,200 for the first time since November 2018.

According to data from Datamish.com, the $2,100 hourly candle liquidated $665 million worth of longs, with the total liquidation of longs close to a billion dollars when all major exchanges in the likes of Bitfinex and Binance Futures are combined.

Bitcoin has never dealt with a global market sell-off, and how it would fare in times of extreme uncertainty in the broader financial market was unclear.

Industry executives have refrained from describing Bitcoin as a safe haven asset, but many have characterized it as a risk-off asset given its lack of correlation with the stock market.

However, the significant pullback of Bitcoin in the last five days have demonstrated that at this point in time, BTC is closer to a risk-on asset than being a safe haven.

Alternative cryptocurrencies like Ethereum dropped by 30 percent on the day, as tens of billions of dollars were wiped out from the cryptocurrency market overnight.

If BTC follows its trend in late 2018, the cryptocurrency market is likely to go through an accumulation phase, building up towards reclaimed momentum by the end of the year.

While historical data can be used to forecast the long-term price trend of BTC, in the short-term, Bitcoin and the rest of the cryptocurrency market are in an unprecedented territory.

With analysts unsure whether the stock market will see a bottom in the near-term, and where the bottom would even be amidst heightened fear towards the coronavirus pandemic, uncertainty is expected the cloud the cryptocurrency market for the foreseeable future.