Bitcoin SV showed a bullish reversal pattern, indicating the possibility that BSV could rise to near $230 in the coming days. Ontology was trading in a rising channel and showed no signs of bears gaining control while FTX Token went parabolic and could rise higher. 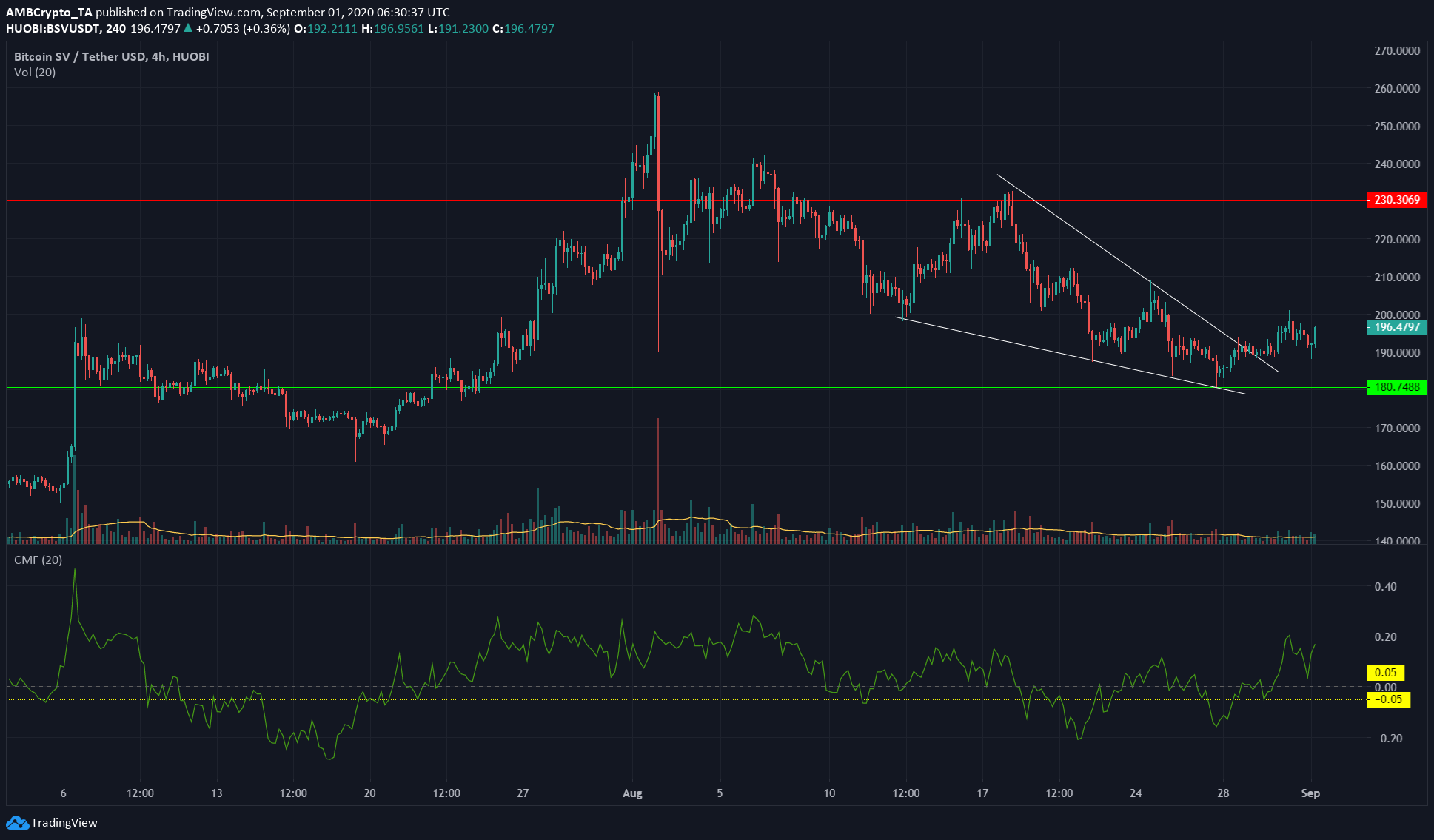 BSV formed a falling wedge, a bullish reversal pattern which BSV, at press time, seemed to have executed. It appeared to reverse the trend at support at $180. 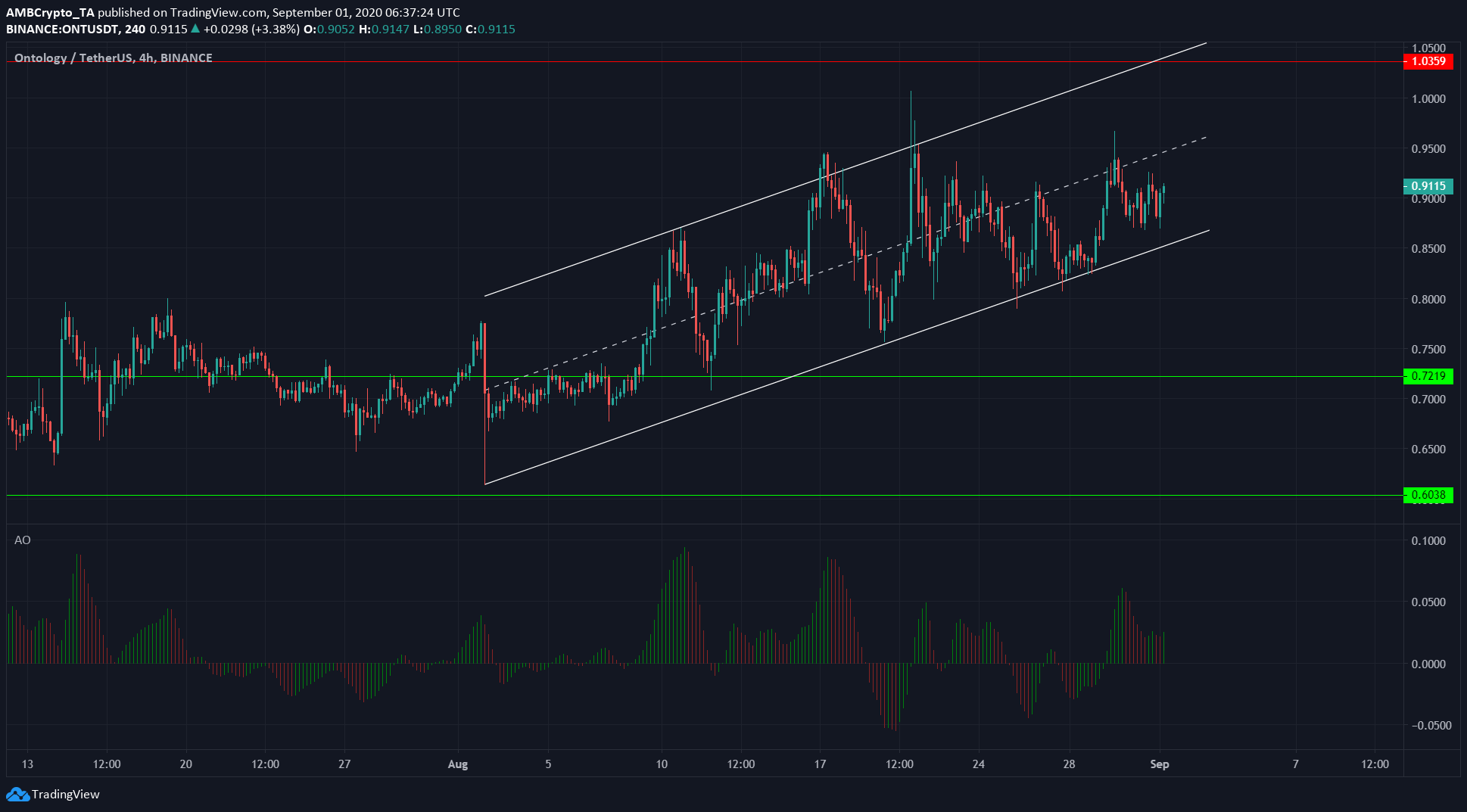 ONT was moving within the ascending channel. Unless it breaks beneath the channel, ONT can target its next resistance level at $1.

Awesome Oscillator did not register a shift toward bearish momentum.

Possible places to enter a trade are at the lower and upper channel boundaries. 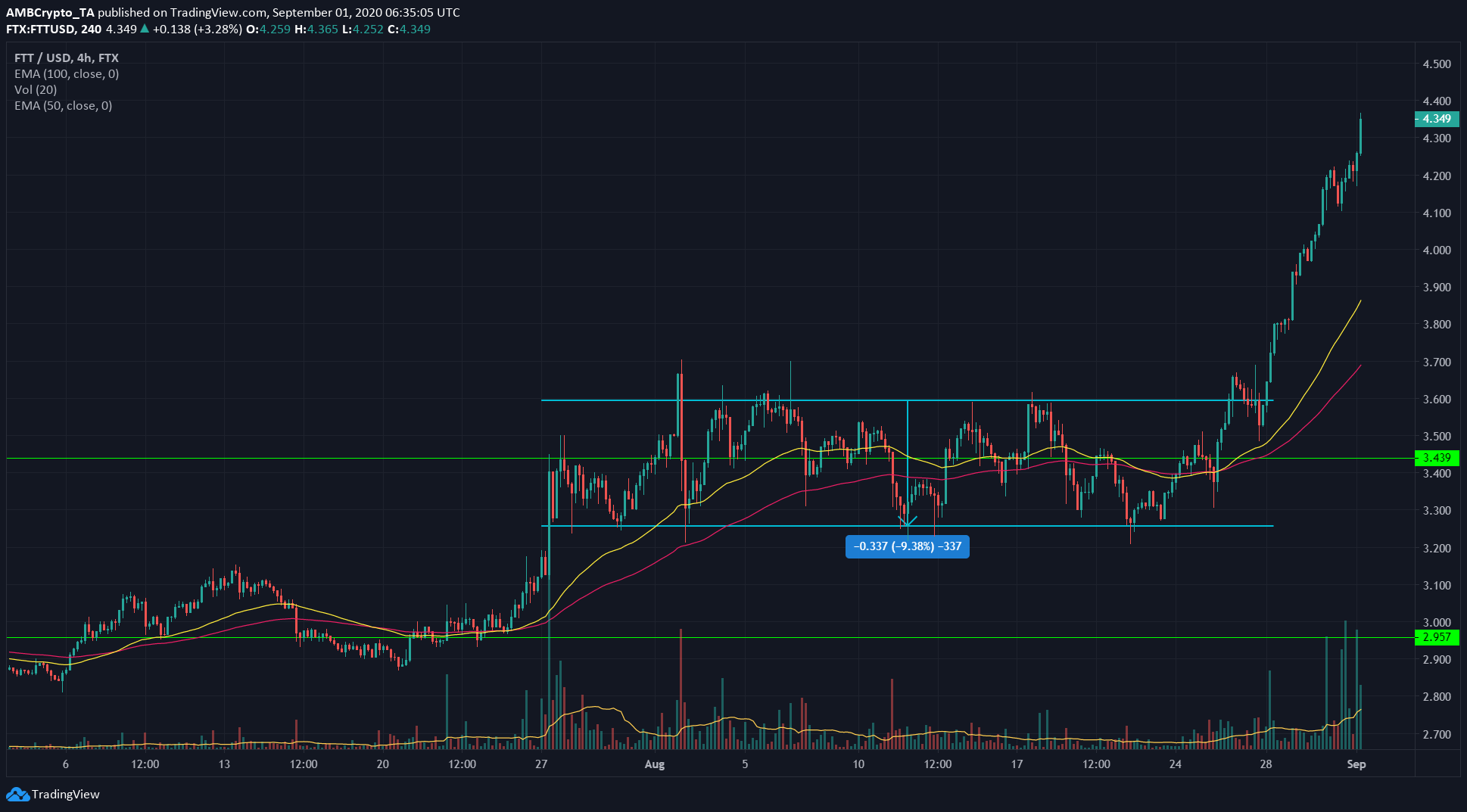 FTT is the backbone of FTX Exchange and held rank 45 at press time with a market cap of $413 million.

FTT was trading within a range for most of August but it decisively broke out of that resistance at $3.6 and looked to be in price discovery. The break-out was achieved on trading volumes high above average and showed good buy pressure.

50 EMA (yellow) and 100 EMA (pink) were well below where the price was trading at. In a retracement, when it occurs, these levels of support might be tested.