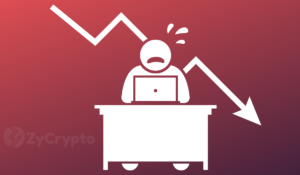 The Bakkt fiasco is believed to be one of the main reasons for Bitcoin’s recent decline as the whole cryptocurrency market crashed immediately the futures platform went live.

Bitcoin was able to see a decent bounce from $7750 all the way up to $8500, a 10% increase over 5 days, however, the bulls have been unable to see any kind of continuation afterward.

The daily chart is technically in an uptrend, a really weak one. The RSI is still overextended, currently at 28 points and the EMA’s are still far above the current price of $8162. The main mission for the bulls right now is to hold a higher low compared to $7710 and seek continuation. 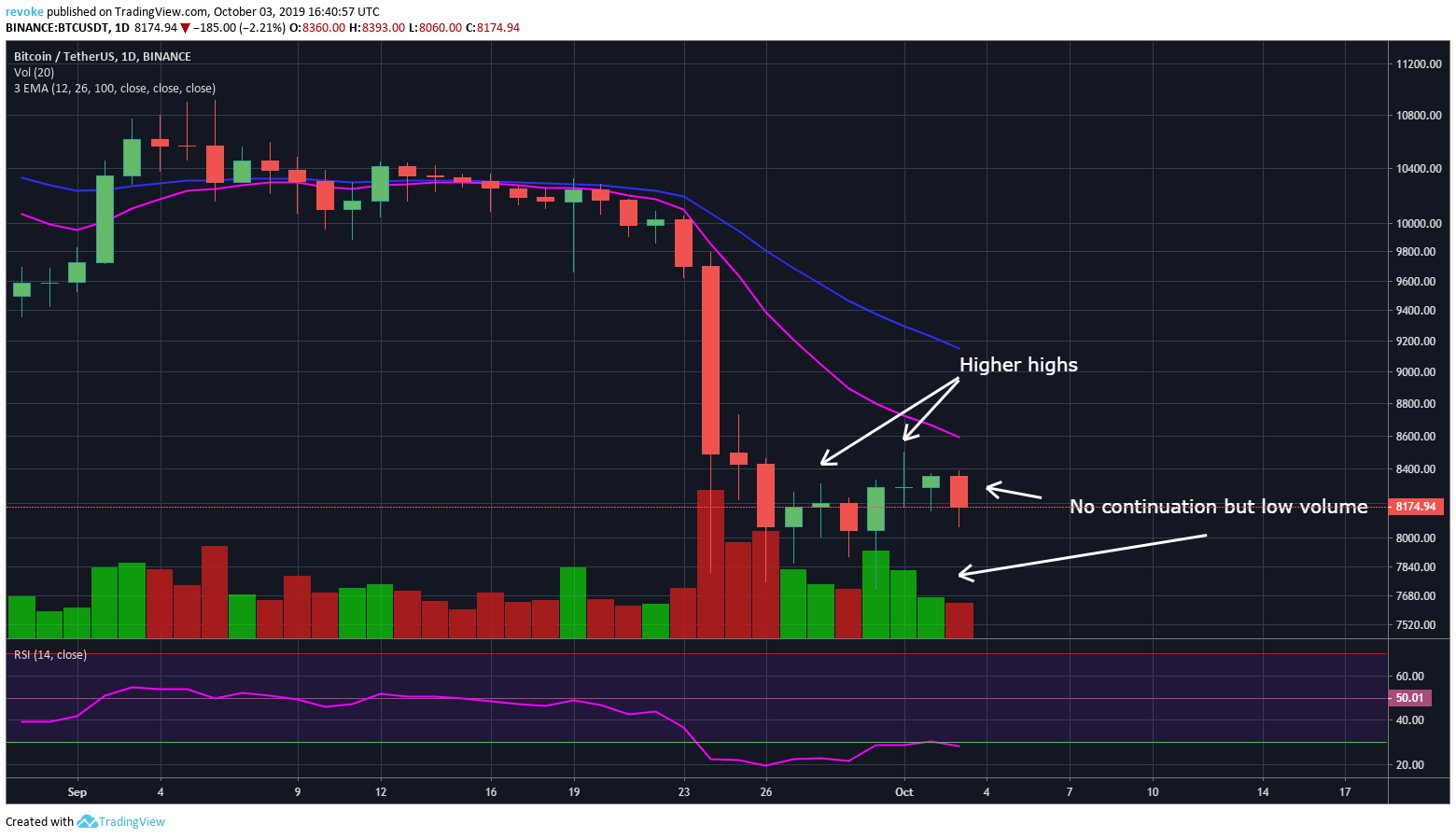 The bulls will probably have to settle for an Equilibrium pattern as breaking the top of $8500 seems highly unlikely at the moment.

The 4-hour chart has turned in favor of the bears which were able to break below the EMAs and confirm a downtrend. The EMAs have crossed bearish but the RSI is still at around 44 points. The bears are now looking for a lower high compared to $8393.

At this point, the weekly chart is showing a bear flag after a clear downtrend was set. Fortunately for the bulls, the volume hasn’t been that impressive, at least compared to the huge bull run we had back in April of 2019. This could indicate a lack of strength for the bears.

Additionally, the shorts on Bitfinex aren’t increasing too much either. This further indicates a lack of strength for the bears which seem to not be convinced about this recent crash.

This is mainly due to the monthly chart still highly favoring the bulls. Keep in mind that the bears were not able to break below the 12-period EMA here and they are simply setting a higher low compared to $8156. The consolidation is in fact, quite healthy when we take in count the massive 340% bull run of this year.

The post Bitcoin’s Small Bounce Struggles to See Continuation, Can The Bulls Hold the $8k Support? appeared first on ZyCrypto.