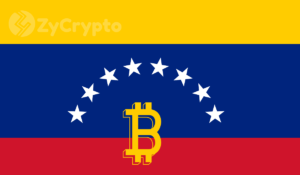 The inflation rate keeps rising this year In Venezuela; it will be able to reach a dozen million percent by the end of the year.

The rapid devaluation of the Bolivar and the completely melting monetary savings made the poor Venezuelan population turn to Bitcoin. Therefore, it is not surprising that trading volumes correlate to the inflation rate in the country. This was mentioned by the Twitter user under the nickname MetaMick.

“So, Bitcoin volume in Venezuela has gone up a lot at the same time as the country experienced hyperinflation in last year. There might be a causal relationship,” he tweeted. 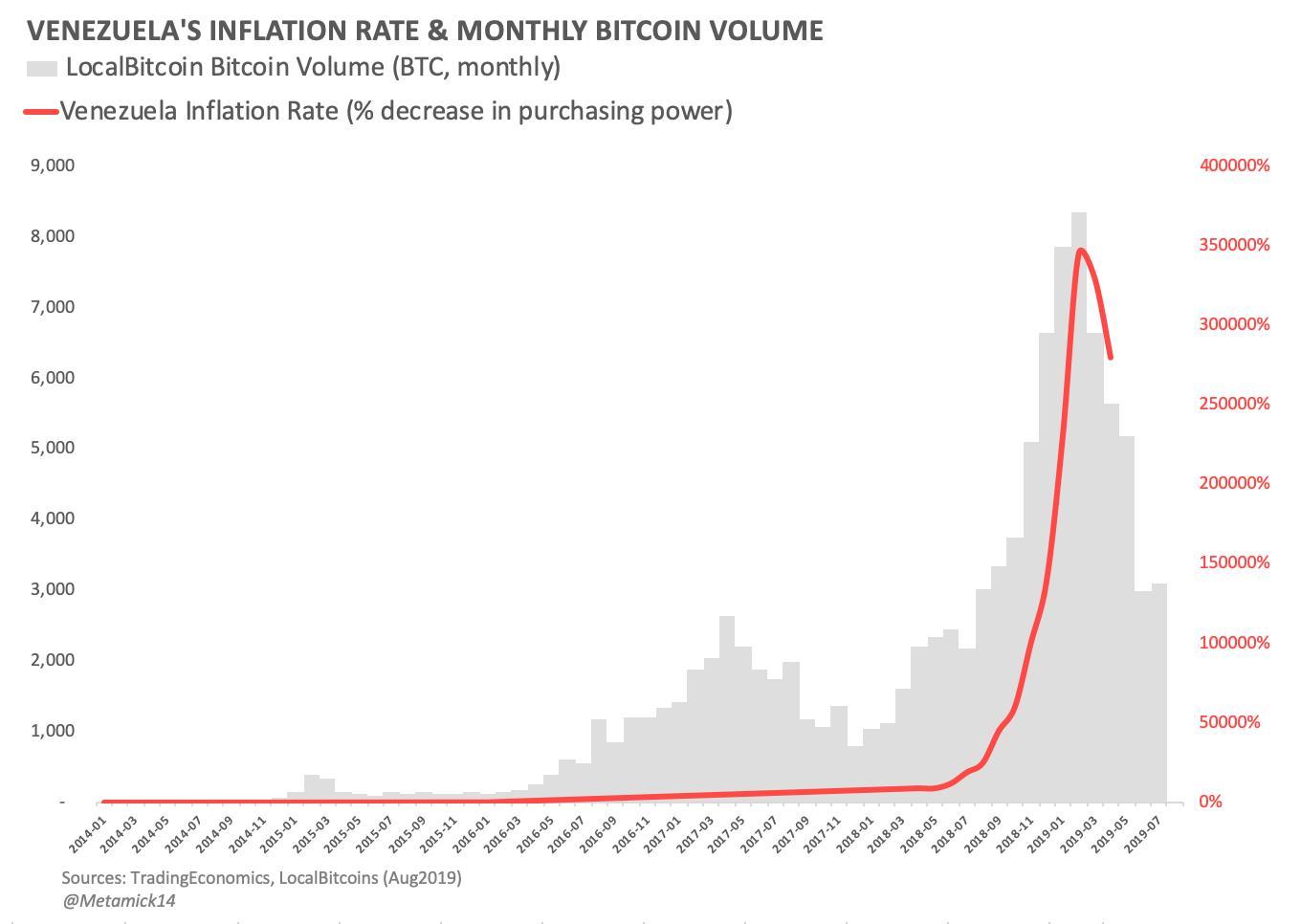 As we can see, the worse the situation in the country, the greater the number of bolivars the residents of the country keep expending on BTC. However, Bitcoin is used as a means to transfer funds into USD over the country.

Other Factors Having Impact On Bitcoin Volume In Venezuela

The trend may continue against the background of a decree by US President Donald Trump to ban the Venezuelan government resources in the US jurisdiction. The document also covers the assets of the Central Bank of Venezuela and the oil company PDVSA.

Venezuela is experiencing an acute crisis, accompanied by a devaluation of the national currency and hyperinflation in recent years. According to financial regulators, inflation amounted to about 1.7 million percent in 2018.

To improvise in a poor country, a large proportion of the population is engaged in mining of Bitcoin. Cryptocurrencies are accepted almost everywhere: candy stores, jewelry stores, cinemas, universities, clothing stores. Here, (Venezuela) Bitcoin is being used as a tool to combat macroeconomic forces.

IMF experts compare the severity of the situation in Venezuela with the position in which Germany found itself after the First World War. If the latest forecasts are correct the Venezuelan economy will shrink by 50% during the five years of the crisis; this is the most significant economic recession in the world over the past 60 years.

Recall the crisis in Venezuela began after the death of Hugo Chavez. In 2013, his associate Nicolas Maduro was elected the new president of the country. However, economic problems had aggravated in the country by the beginning of 2014. And in 2017, 93% of the country’s population already complained of chronic malnutrition. All this led to sharp criticism of the ruling regime and a political crisis.

The post Casual Relationship: Bitcoin Trading Volume In Venezuela Is Keeping Up With The Inflation Rate appeared first on ZyCrypto.