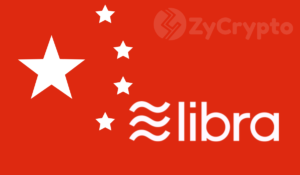 An insider source has revealed that China’s cryptocurrency will share a lot of similarities with Facebook’s Libra. As reported by Reuters, China’s Central Bank’s senator confirmed this while stating that the digital currency, which is currently being anticipated, will provide large user accessibility through China’s largest social media application WeChat and Alipay.

It should come as no surprise that China’s soon to launch digital currency will pose as a first-hand competitor to Libra as Wu Changhai, the deputy dean of the Institute of Capital and Finance of China University of Political Science and Law had previously explained the importance of China becoming one of the leading countries in the technology that is digital currencies. Speaking to a Chinese media outlet last month, Wu said;

In line with Wu, the deputy director of the People’s Bank of China’s payments department Mu Changchun explained that China’s overall intent is “to protect our monetary sovereignty and legal currency status. We need to plan ahead for a rainy day.”

The digital currency research center was founded 5 years ago, with the goal of containing fiat inflation and deflation while maintaining stronger monetary policies.

However, according to Huang Zhen, director of the Institute of Financial Law at the University, the issuing of cryptocurrency was previously explored at the time when Zhou Xiaochuan was the governor of China’s People’s Bank before the research center was launched.

This currency will not only be a competitor to Libra, it seems that the digital currency will also wipe out banknotes once regulated. Wu pointed this out saying;

“The legal digital currency is a substitute for banknotes. It is issued by the central bank. The general encrypted digital currency itself does not have a monetary function. The government cannot hand over the currency distribution rights to a company. This idea is impossible to achieve for a long time.”