Analysis of China’s forthcoming state-backed CBDB cryptocurrency details a two-tiered digital currency that requires no bank account and is designed to be a “replacement for cash.”

A report published by leading crypto exchange Binance on Wednesday provides a deep dive into China’s Central Bank Digital Currency (CBDB), which will be under the absolute control of the People’s Bank of China (PBOC).

Plans to launch the state-backed cryptocurrency were advanced following the highly publicised release of Facebook’s Libra whitepaper and amid growing concerns of a weakening renminbi (RMB).

According to the report, China’s sovereign cryptocurrency will rely on a “two-tier system” for issuance and redemption.

The first layer will include the issuance and redemption of CBDC only through commercial banks. Online payment service providers, Alibaba and Tencent, will also be a part of the first layer.

The second layer will involve the distribution of CBDC by commercial banks to the retail sector and the public, which will further circulate the digital currency

Central bank sources have also said that the use of blockchain for the second layer still remains undecided. 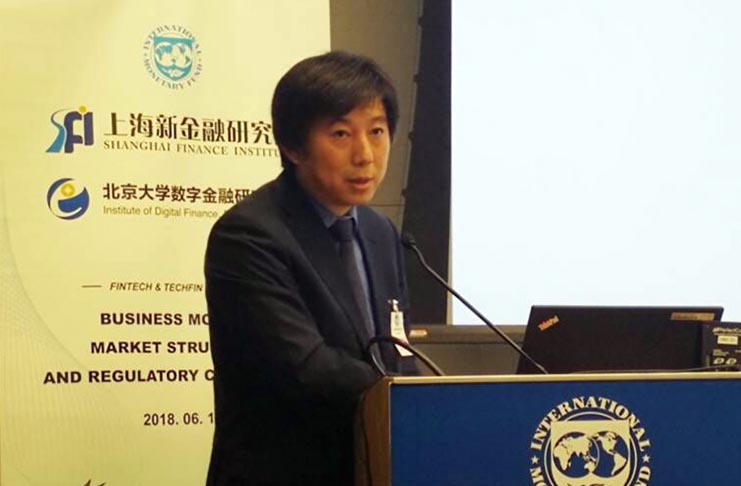 At the China Finance 40 Forum (CF40) held in Beijing earlier this month, Deputy Director of the PBOC’s Payment and Settlement Department, Mu Changchun, spoke about CBDB, its two-tiered structure, and the role that blockchain might play.

“The People’s Bank of China decided to adopt a two-tier structure in order to give full play to the resources, talents, and technological advantages of commercial organizations, promote innovation, and compete for excellence,” he explained.

Changchun also noted that the two-tier system was decided upon in order to increase the public’s willingness to use the digital currency and reduce the burden from the central bank to directly transact with the general public.

Some analysts believe that the impetus behind China’s decision to issue a digital currency is to internationalize the flagging renminbi (RMB).

Adoption of the sovereign cryptocurrency would bring additional benefits as well:

“Its monetary function (transaction medium, value storage, accounting unit) determines that if it is loaded with a smart contract that exceeds its monetary function, it will degenerate it into a valuable ticket, reduce the degree of usability, and internationalize the RMB,” said Changchun.

In addition, the Binance report stated that although the goal of CBDC is to internationalize RMB, the law applicable for the cross-border payments remains unclear and “whether that individuals, based outside of China, would rely on the Chinese central bank to both maintain a consistent monetary policy and to protect their financial privacy”.