The PlusToken scam has deposited around 13,000 BTC to a mixer in the past 24 hours, reports blockchain research firm Ergo. Mixer deposits in Bitcoin do not necessarily mean a sell-off in the immediate future, but it raises the probability of it.

Whether the sell-off of Bitcoin by the scam throughout the past several months is priced into the market remains in question. 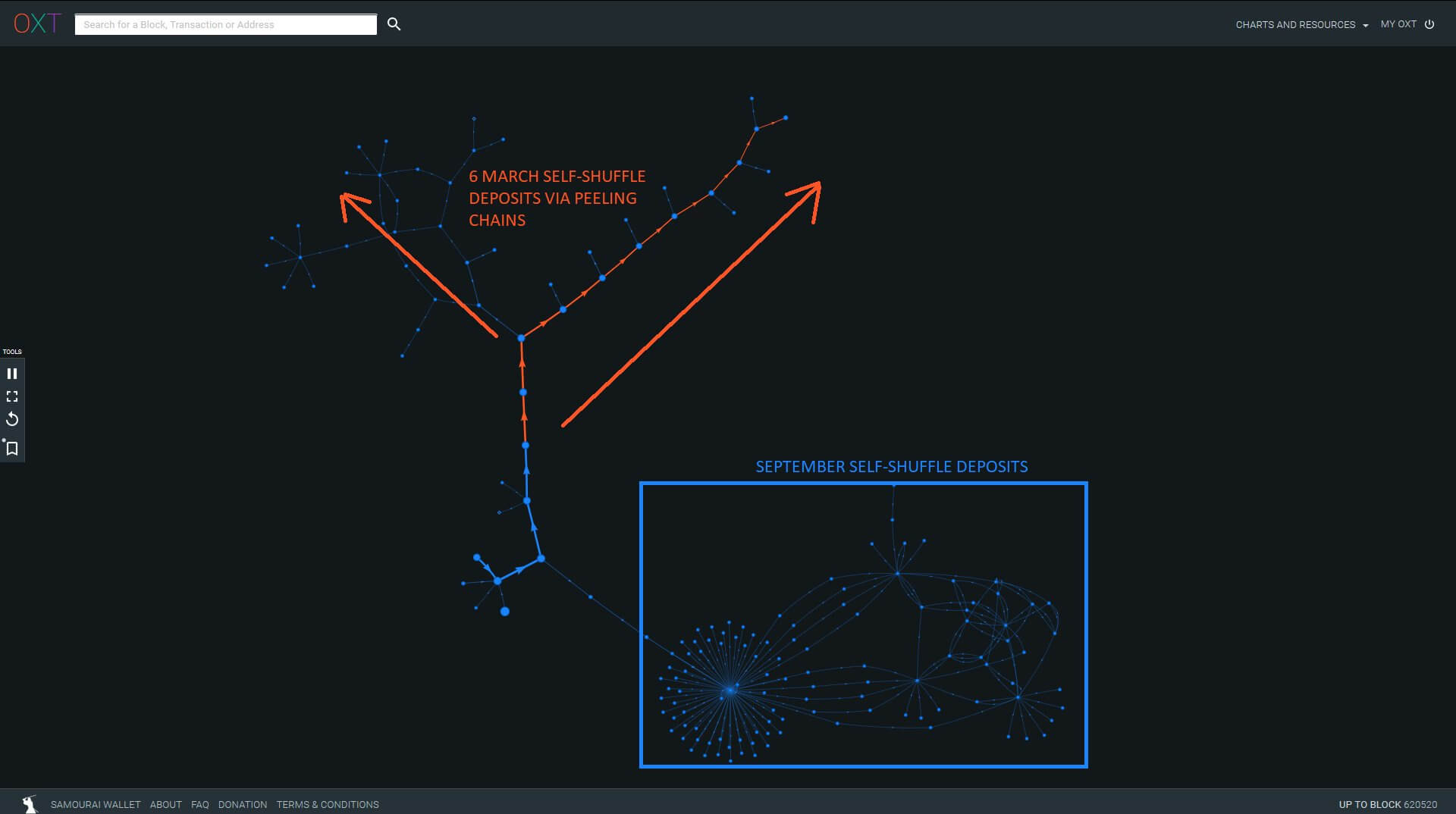 13,000 in Bitcoin moved to a mixer address (source: Ergo Twitter)

Is the Bitcoin sell-off priced in?

According to Ergo, the operators of the scam have been selling on and off since August, for more than six months.

The rate of selling has declined as of recent, which coincides with strengthened momentum in the crypto market.

One difficult aspect of tracking mixer deposits to exchanges is tracing the mixed funds on the exchange to the order books. Simply put, while it is relatively straight forward to find trails of funds sent from a mixer to an exchange, it is challenging to definitively prove that the mixed funds are sold on the exchange.

Ergo’s team said that it leans in favor of distribution being simultaneous with selling. That means, when a large amount of Bitcoin leaves a mixer to an exchange and gets distributed, it is likely sold shortly thereafter.

“They have been on/off selling since August. Recently at a much slower rate. I have tried to distinguish between sold/distributed. On the chain I see distribution to exchange, but not the order books. That being said, the distributions are price sensitive. Pausing into price weakness. I lean towards distribution and selling being almost simultaneous.”

At the current Bitcoin price of $9,100, about 13,000 BTC are worth $118.3 million. While the cryptocurrency market processes tens of billions of dollars in daily volume on paper, most of that is accounted for by leveraged trades on margin trading platforms like BitMEX and Binance Futures.

Can it affect the price?

If the 13,000 BTC are sold, and done so over time, it is not likely to have an immense impact on the short-term price trend of Bitcoin. But, if it is market sold in large amounts, there is a possibility it leads to a cascade of liquidations across margin trading platforms.

As such, renowned technical analyst and trader Jacob Canfield said that it is time for caution and due diligence in the market.

“Thanks to Ergo for his hard work on this subject, but it looks like the Plus Token ponzi scheme has deposited more Bitcoin. A time for caution and diligence in the markets.”

The possible impact on the Bitcoin price by the sell-off, if it occurs, will largely depend on how, when, and over what period it is sold. Due to the wide range of variables, some traders remain cautious towards the market in the short-term.