Bitcoin proponents claim that Bitcoin’s security is unquestionable and fears surrounding halving events are blown out of proportion. Critics, however, argue that transaction fees might not have the capacity to counteract the declining block rewards, driving the network’s security budget down.

While 2022 started with the Bitcoin hash rate at an all-time high (ATH), and the total miner revenue up over 400% since halving, the topic deserves attention in the light of Bitcoin payments declining.

Designed to cap the total number of coins issued at 21 million, Bitcoin halving is a cyclical event that cuts rewards for miners in half, and occurs roughly every four years.

According to Satoshi’s vision and design, “in a few decades when the reward gets too small, the transaction fee will become the main compensation.”

This assumption is contingent on one major fact–Bitcoin becoming broadly adopted, as the network’s growth is expected to drive the demand for block space, eventually decreasing the need for a block subsidy.

9 out of 10 people holding #bitcoin still have NO IDEA that $btc security is continuously weakening.

“Yea I heard that the block reward is getting smaller, but fees are replacing it, right?”

Some updated data on btc security:

The independent analyst pointed out that Bitcoin’s security budget, which protects the network against 51% attacks and is represented by the block subsidy and transaction fees combined, is in constant decline during the past 11 years.

Referencing CoinMetrics’ data, he argued that this holds true–both in relation to the Bitcoin market cap and Bitcoin transaction volume. 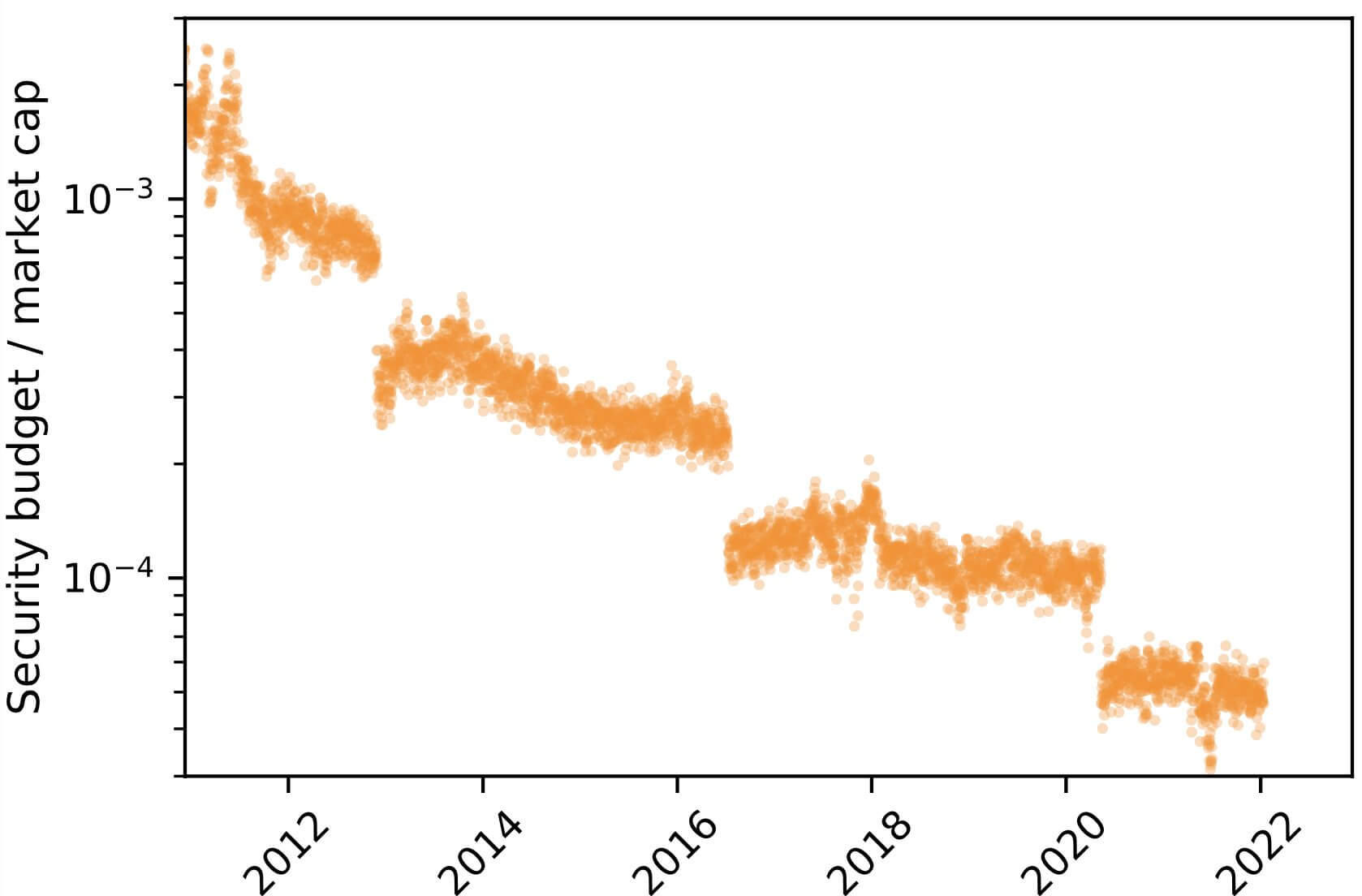 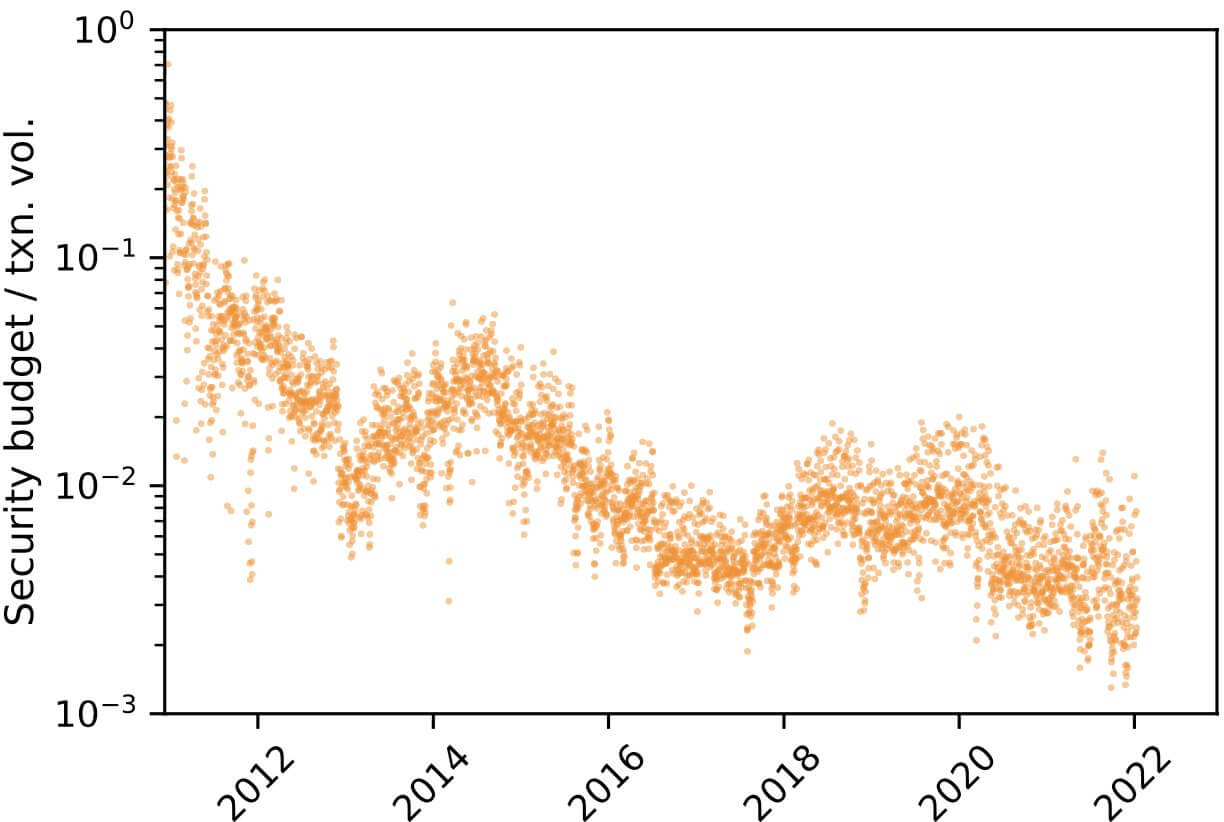 Furthermore, he argued that “if fees were to replace the block reward, the ratio of fees over-issuance (F/I) would go up forever,” but as he pointed it recently dropped to 2013 levels. 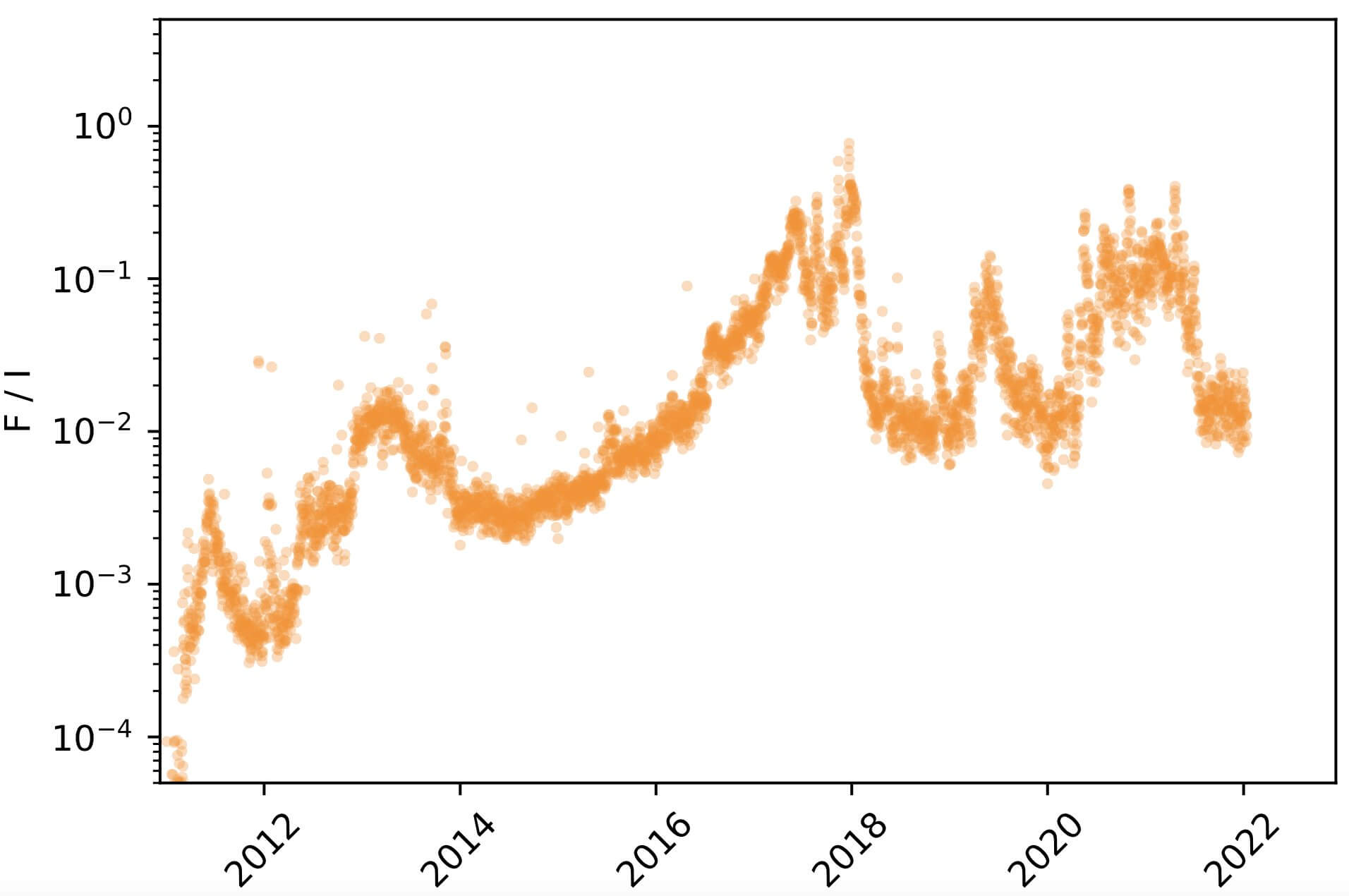 The worry of the cost to attack the network being in decline relative to the financial incentive to protect it has to be put into perspective, since, finally, the real cost of 51% hash power is incredibly large.

Furthermore, the Bitcoin hash rate is at an ATH. 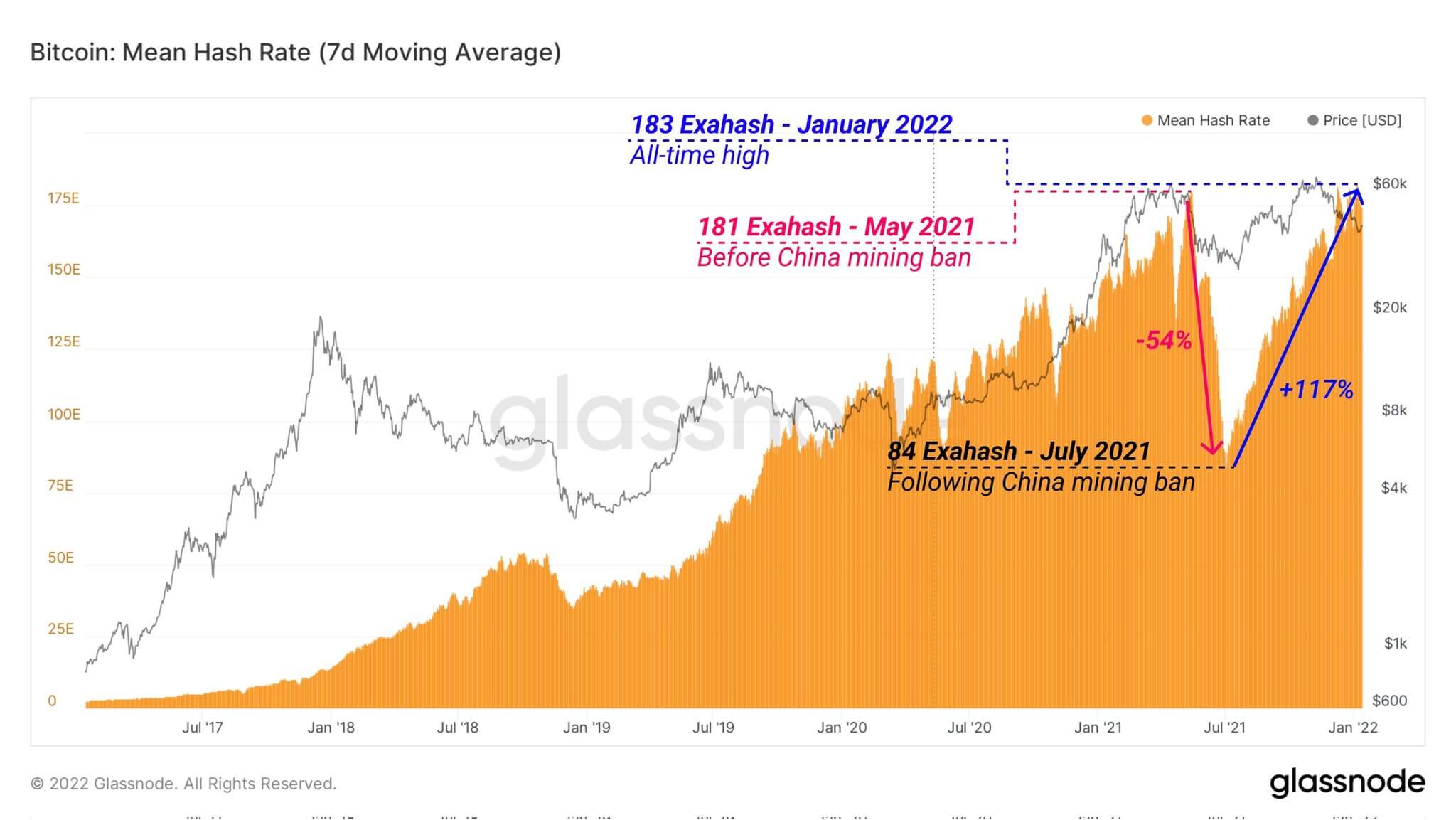 At the same time, Bitcoin miner revenue is up over 400% since halving. 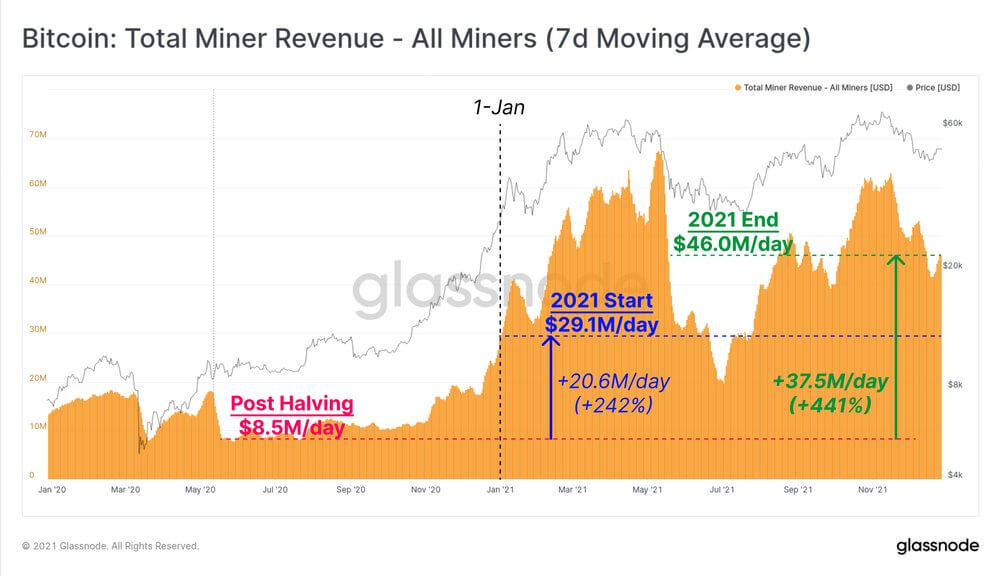 However, while Bitcoin’s price increased by 60% during the past year, its usage at businesses that use its payment system decreased to roughly 65% of processed transactions, compared to 92% in 2020, Bloomberg reported referencing a major crypto payment processor BitPay.

But, at this point in the game, the Bitcoin scalability issue is being answered on several playfields.

Lightning on Layer 2 and Schnorr signature compatibility and Taproot support on Layer 1 are examples of scalability solutions that are built to answer the mass adoption call.

Will Bitcoin need to adapt? Without a doubt. It already is.

Meanwhile, its appeal and security are both being driven and reinforced by its adoption, assured the lead on-chain analyst at Glassnode, an on-chain data and intelligence platform for the crypto markets.

Is bitcoin closer to, or further away from global reserve asset status over the last 4yrs?

If closer, dont worry about demand for blockspace.

If further away, then worry.

“Is Bitcoin closer to, or further away from global reserve asset status over the last four years? If closer, don’t worry about demand for blockspace. If further away, then worry,” concluded Checkmate on Twitter, adding that “we have many decades before this is a real issue, and a great deal will be completed and advanced by then.”

The post Could Bitcoin’s security be weakening? Let’s talk about it appeared first on CryptoSlate.