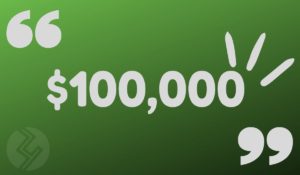 It’s been months since the crypto winter ended and talks of an impending bull run started heating up. Granted, many cryptos, and especially Bitcoin, have gained in terms of price increase after the bears’ retreat back in April.

However, Bitcoin has been somewhat uncertain of late, swinging up and down on a short scale. Despite that, there are people who believe that the top coin is still en route to break records.

According to a popular crypto analyst, Plan B, Bitcoin has its eyes on $100k to be achieved by the end of 2021. The analyst was speaking during an interview with Raoul Pal, the founder of Global Macro Investor. It should be known that Plan B is one of the most auspicious predictors of Bitcoin price movements in the industry.

To explain his point of view, Plan B noted that Bitcoin is due for a block reward halving in May 2020, an event expected to propel the crypto forward by huge magnitudes. The analyst expects the full impact of the halving to be felt within a year and half after the halving. According to him, Bitcoin should hit $100k or above by Christmas of 2021.

Historically, Bitcoin’s block reward halving has been known to cause a serious price surge for the crypto. Going by Plan B’s math, it’s evident that the last crypto bull run happened between a year and half and two years after the last halving. Plan B doesn’t expect this time to be any different.

People Are Ditching Gold For Bitcoin

Plan B’s sentiments aren’t unfounded. For some time now, people have been drumming up support for Bitcoin to be adopted and challenge Gold as an alternative store of value.

That struggle seems to be taking root now, with some Gold investors tinkering with the idea of turning to Bitcoin. Indeed, some in the crypto industry have spoken of Bitcoin as the “digital gold.”

A shift from Gold to Bitcoin would mean a significant increase in Bitcoin’s market cap, and that would, in turn, affect its price upwards. Plan B expects this to happen, albeit gradually.