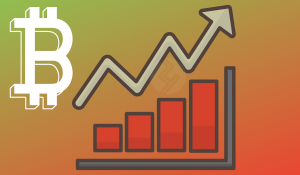 Bitcoin’s (BTC) dominance has been on the rise since the beginning of this year. As the price recovered from 2018’s lows, so did the dominance. At the beginning of the year, BTC dominance stood at about 51% and has since risen to close to 70% presently according to CoinMarketCap.

However, with the prevailing economic uncertainties, BTC has been hovering around the $10,000 level and at times losing grip of the $10k psychological level. At press time, BTC is exchanging hands at $10,118.13 as per CoinMarketCap.

Nonetheless, a new report by Arcane Research indicates bitcoin’s dominance is a little above 90% while the rest of the cryptocurrency market shares a meager 10%. 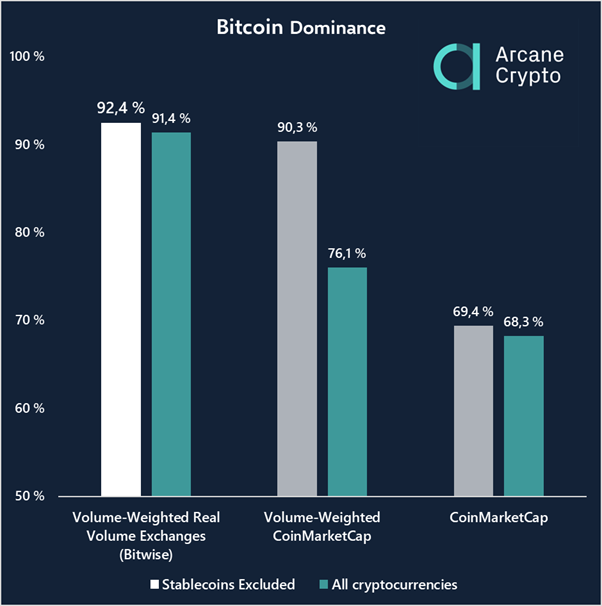 Liquidity Must Be Considered In Calculating The ‘Real’ Market Cap

Bendik Norheim Schei, the analyst who led the research at Arcane opines:

“The problem is that the calculation does not take liquidity into account. One might be able to sell one token for 3 dollars, but what happens if you want to sell 1 million. Without accounting for liquidity, market capitalization becomes a meaningless measure.”

The researchers conducted two separate pieces of research to determine the real market capitalization of bitcoin: one based on data provided by CoinMarketCap with the exclusion of altcoins and the other one based on volumes provided by 10 cryptocurrency exchanges specifically hand-picked by Bitwise.

Both studies found Bitcoin’s dominance to be higher than other traditional estimates by 20%. The research rules out stablecoins expounding that they are pegged to other assets and therefore they cannot match up to cryptocurrencies with “self-sustaining intrinsic value”.

Is It The End Of The Road For Altcoins?

This new revelation about bitcoin’s dominance jeopardizes the chances of success even for the top altcoins like ETH, XRP, and Litecoin. Bendik says:

“Every day bitcoin stays ahead, it becomes less likely that any other cryptocurrency can compete as money.”

However, Schei notes that this does not mean other cryptocurrencies have less value, explaining that any quantitative study is prone to missing some important qualitative differences.

In other news, Willy Woo, analyst-cum-investor, believes altcoins could soon find some much-needed respite. According to him, altcoins could be “heading into a region of support”. 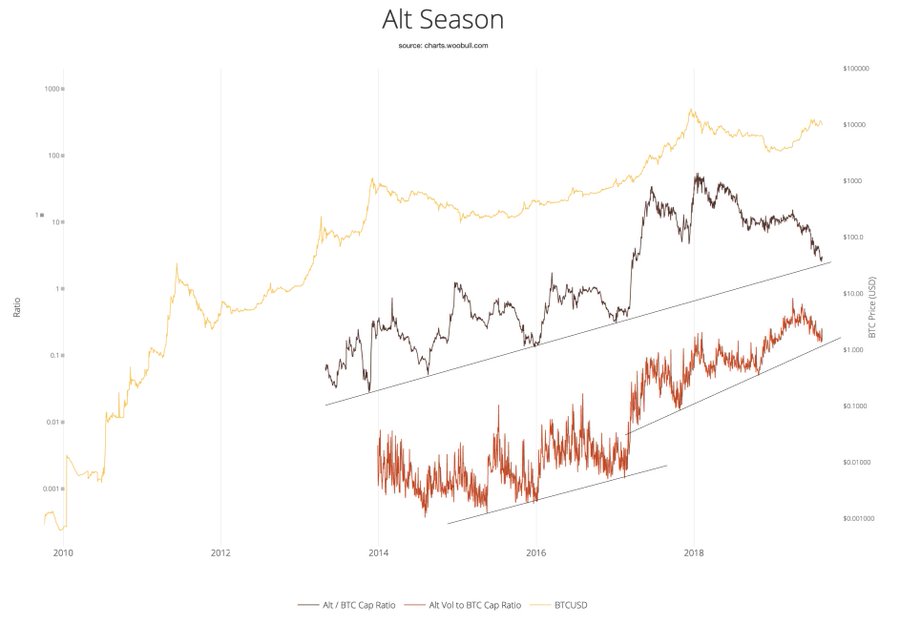 The post Despite BTC’s Price Rollercoaster, This New Astounding Report Suggests Its Dominance Is Actually Above 90% appeared first on ZyCrypto.