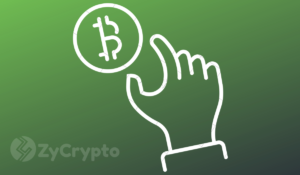 The OG crypto has been around for only a decade and in this time, it has amassed several feats; one of them is securing a spot on the macro landscape. It has had a wild ride since its birth, from next to no value in 2009, the crypto rose to $20k and dropped back to $3000 before rising again to over $13,000 all within a decade.

Today, there are many fiat currencies and over 2000 cryptocurrencies. But the first virtual currency is going strong, albeit with plenty of ups and downs. Bitcoin is trading at $9,745 at the moment. Nonetheless, the king crypto has earned a coveted spot in the global currency market despite having slumped from its $20,000 all-time high.

Macro investor Dan Tapiero revealed that our dear friend bitcoin is already the 29th largest cryptocurrency in the world, and has outpaced the value of major fiat currencies like the Colombian peso and the New Zealand dollar.

Tapiero captions an interesting graphical representation of M2 money supply of major currencies globally. It’s worth noting that M2 includes cash in circulation, savings deposits, money market mutual funds, and other deposits. Based on this M2 of currencies, the Chinese yuan is ranked as the largest with a market cap of $28,011 billion followed by the US dollar with a $14,521 billion market cap.

Evidently, bitcoin has managed to assert its position in the macro-scene despite being around for only ten years. At present, bitcoin’s market capitalization stands at $175 billion. Notably, this figure is way lower than its peak market cap. In December 2017 during the crypto euphoria when bitcoin was trading at $20k, its market cap was a little above $320 billion. Hypothetically, this market cap would place bitcoin higher in the global currency ranking.

How Is One Satoshi Correlated With Other Currencies?

The value of bitcoin against the US dollar has been on a continuous uptrend. Just three years ago when bitcoin was trading at $500, the US dollar was 20 times more valuable. Bitcoin’s impressive growth over the last few years has put cryptocurrency on the map as a disruptive technology worth paying attention to.

By intricate design, a Satoshi is therefore not worth much. However, one Satoshi is now worth more than quite a number of national currencies such as the Iranian Rial, Vietnamese Dong, Indonesian Rupiah, Guinean Franc, Sierra Leonean Leone, Laotian Kip, Uzbekistani Som, and Venezuelan Bolivar. This means that in these countries, owning precisely one-hundredth of a bitcoin (0.00000001BTC) would make one a millionaire.

Mysterious Bitcoin creator Satoshi Nakamoto designed bitcoin to be decentralized without any central controlling body, putting power and control over money back in the hands of individuals. This is the antithesis of what has been going on for a long time: fiat currency dominating the world. Before bitcoin, nothing else ever created had the potential to supplant fiat currency. Yet, bitcoin has surpassed a good number of national currencies as aforementioned.

If bitcoin does indeed become the global currency at some point in the future, fiat money will be as dead as a dodo and ultimately become a vague memory as the whole world embraces digital currency.

The post Despite Plunging By More Than 50% From ATH, Bitcoin Ranks Among Top 30 Largest Global Currencies appeared first on ZyCrypto.