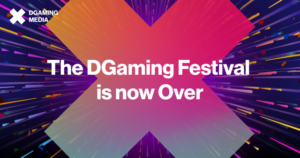 DGaming, a technology company that seeks to make decentralized gaming as popular as traditional gaming, has provided an update to the NFT Sale & Giveaway event previously described as ‘the most diverse sales and giveaway event in the blockchain gaming industry to-date’.

The DGaming Sales Festival closed its final phase on September 7th. They hosted the NFT presale for Blocklord’s launch onto the Ethereum blockchain. This is the third blockchain platform on which Blocklords has launched, and this version of the game is expected to be bigger and better, with lots of new features.

The diverse sales event saw over a dozen blockchain gaming companies participate, and DGaming’s connections within the industry played a crucial part in bringing together so many projects.

“From a business development perspective, there was a lot of work to be done. I spoke to hundreds of people while planning which games and assets were going to be a part of the festival. I am delighted that we’ve formed some outstanding cooperations with companies that provided us with unique assets in the sale. Especially those making customized DGaming branded NFTs.” Said Marina Shim, DGaming’s Chief Business Development Officer.

There were a number of notable sales during the festival, which demonstrates the growing strength of the NFT market.

The Chainbreakers item presale was also hugely successful, with 12 of the 13 Chainbreakers’ items selling within 24 hours. Chainbreakers is a highly anticipated strategy-RPG that will launch in Decentraland this year.

Many items were given to winners throughout the giveaway. In total 85 prizes were available, with some valuable prizes being gifted to sale participants, such as Blocklords Legendary items.

The DGaming Festival was the first sales event hosted by DGaming. Running the event, and working closely with the community has created a lot of new ideas for how they can improve in future events.

DGaming’s Chief Technology Officer, Vasiliy Shapovalov, said: “We had a bit of a rough start with the tech side of our sales; the first few days required ironing out some bugs and quirks in the system. Also, we didn’t get to make all the features we wanted. Despite all of that, I can say it’s been a pleasure to build on Opensea’s API and use their product to make routine manual tasks for the sales. They’ve been very supportive from the start. We’re making an NFT marketplace for the Cosmos ecosystem, and so talking to Opensea and getting our hands dirty while actually using their API for Ethereum in production, made us understand better what kind of features we should make.”

While working with other projects in the industry, DGaming discovered one of the biggest difficulties they face is in marketing their game and their assets.This was the primary reason for DGaming developing their sales platform.

“Decentralized game development companies need to build digital relationships and reputation before starting such an event. During the festival, instead of one-way interruption, the DGaming marketing team delivered useful content at just the moment a gamer needs it. We did our best not just to impress the audience, but to impact them and help connect them with the assets and stories behind them.” Said Max Tesla, DGaming’s Chief Marketing Officer.

DGaming plan to host further events in the future, and welcome feedback and discussions for future partnership opportunities.

Disclosure/Disclaimer: This article is sponsored and produced by a third-party source and should not be viewed as an endorsement by ZyCrypto. Readers are urged to do their own research before investing or having anything to do with the company, goods and/or services mentioned in the above article.