More social media engagement from Tesla’s Elon Musk and the anticipation for his first-ever appearance on SNL where he could mention Dogecoin have pushed the meme token’s price into the stratosphere again. DOGE came roughly $0.25 away from tapping $1 after yet another price record. 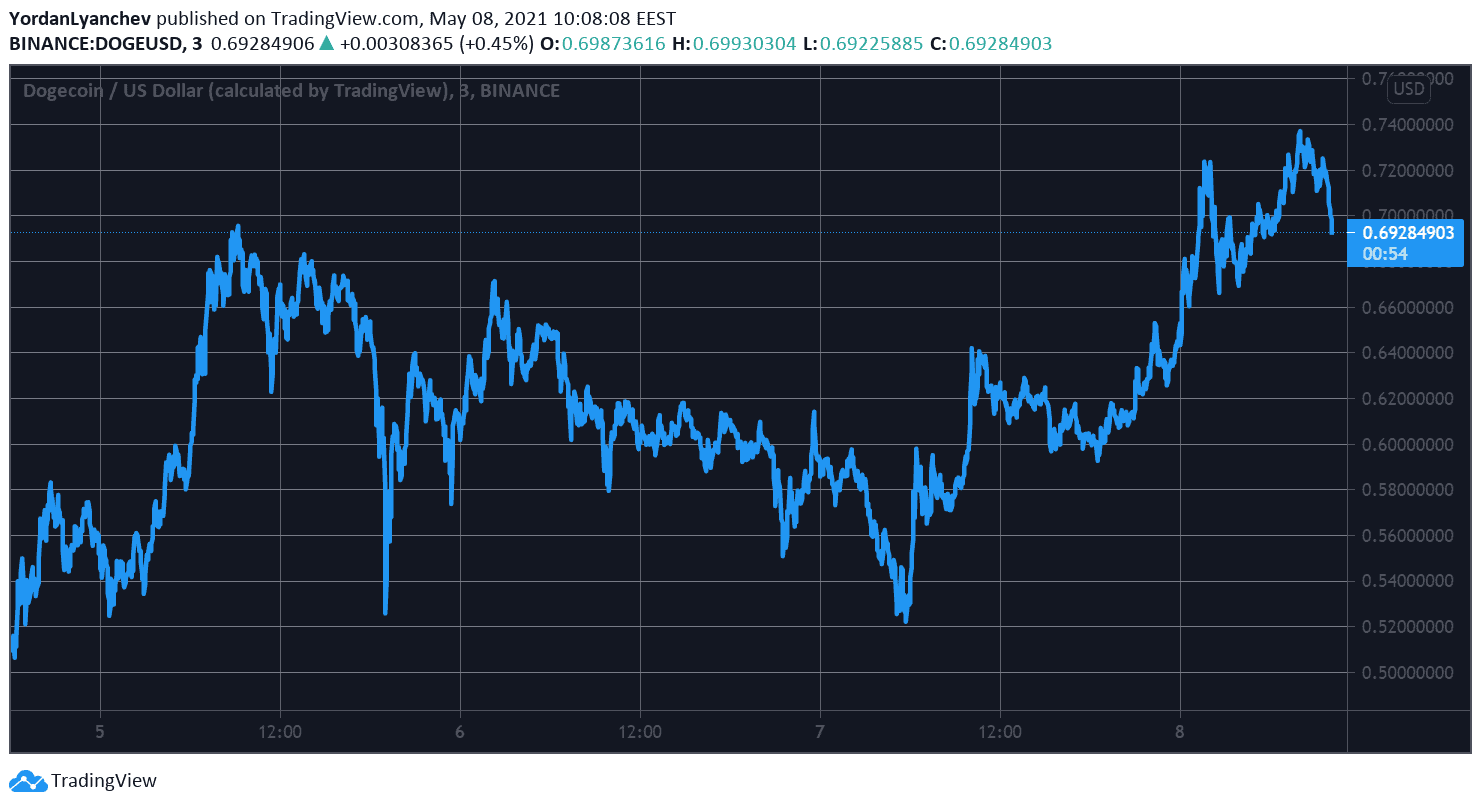