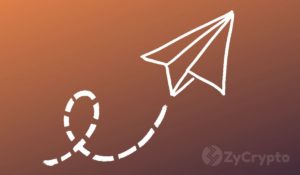 Bitcoin has been outperforming most cryptocurrencies throughout this whole year. Bitcoin’s total market capitalization dominance has been increasing dramatically since January 2018 when it was only at around 30%. Bitcoin reached 50% dominance in January of 2019 and almost broke above 73% only 2 months ago.

There has been a lot of discussions about when will altcoins take over or if they will take over at all. Currently, the market seems to be simply following Bitcoin’s steps but what would it take for altcoins to finally get away from Bitcoin?

The main reason Bitcoin is so dominant is the fact that it holds most of the cryptocurrency pairs and fiat pairs. A new investor that wants to buy a new cryptocurrency will need to first buy Bitcoin or one of the few major cryptocurrencies in order to exchange it for the one he wants.

What are Market Pundits Saying?

It does seem that in the past few months, some of the larger cap coins have been exceeding Bitcoin’s performance, BNB has been a clear example throughout the whole year but has slowed down significantly.

A crypto pundit Gautam Chhugani tweeted recently about his unpopular opinion of how altcoins will lead the next rally and Bitcoin will simply follow.

Unpopular call: Alts will show Bitcoin the way this time. ETH, BNB will lead the rally. Bitcoin will follow.

This tweet really started to gain traction when Changpeng Zhao, CEO of Binance, responded with:

Now, this isn’t necessarily a very objective view as CZ wants altcoins to thrive because of BNB, however, other analysts have also mentioned the possibility of a new altcoin season.

CryptoBitLord, a cryptocurrency trader, has said in the past that he believes the bottom for altcoins is in and this is the time to ‘go all in’ if you are into it for the long term prospect. Blockchain advisor and crypto trader, Rand has said something quite similar as well,

The sentiment does seem to be positive about altcoins, however, Bitcoin’s dominance is still really high even after losing 4% in the past month. Altcoins still need to prove a lot and it will be puzzling, especially with Bitcoin’s halving coming up soon. Either way, a bull run will avail everyone, altcoins, and Bitcoin.

The post Ethereum, Binance Coin to Lead Next Major Rally as Altcoin Season Looks to Prevail appeared first on ZyCrypto.