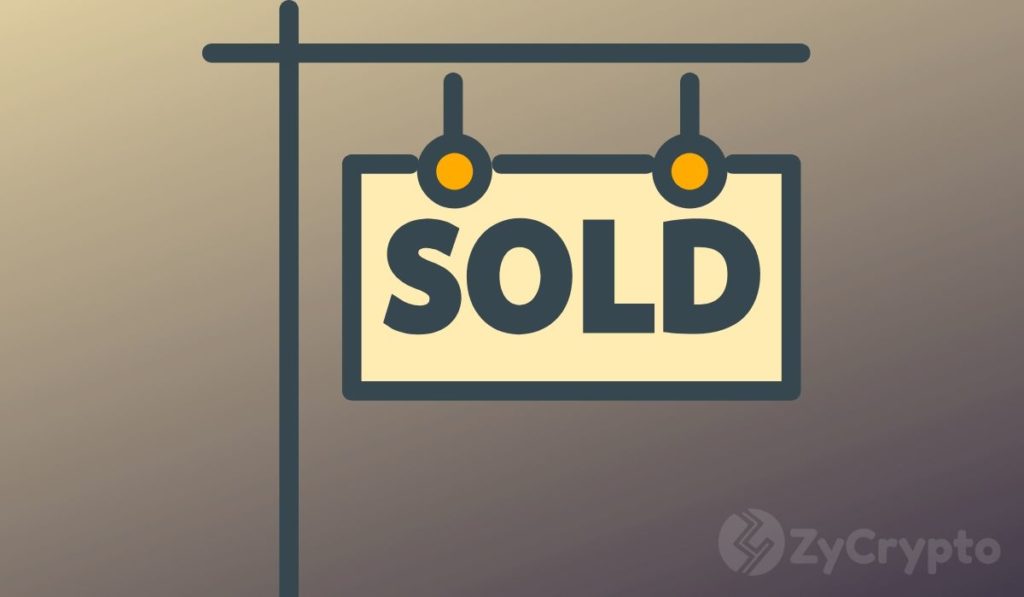 Bitcoin seems to be recovering a little bit after a pretty big bounce from $6,515 up to $7,377, however, the selling pressure is still very real. The bulls have only cooled off the RSI level and this could easily be a dead cat bounce, a pattern that occurs when an asset crashes but recovers briefly before crashing again.

Today’s volume has been really high, Bakkt, for instance, has almost 2000 BTC in volume so far.

Bitcoin Getting Rid of ‘Weak Hands’

‘Weak hands’ is a term used to describe investors who lack confidence and conviction in their strategies and eventually sell their position.

According to Joseph Young, cryptocurrency analyst and contributor to Forbes, Bitcoin is currently testing the conviction of its long term investors.

The sell pressure on bitcoins seems to be too intense.

Now, most major cryptocurrencies like Ethereum, XRP, etc. are in the negative year-to-date.

This will test the heart of investors and entrepreneurs in the space, especially coming down from a big spike to $10,600.

He also mentions that most cryptocurrencies are in fact ‘in the negative year-to-date’. However, Joseph is confident in the market and says he will be there even if Bitcoin drops to $5k or $3k, it doesn’t matter.

Joseph Young has noticed something quite important. The total market capitalization is currently around $190 Billion, a level that was also reached in April of 2019 when Bitcoin was trading at around $5,000.

In October, valuation of the crypto market was $255 billion. Today, it is $184 billion, down by more than 27% in less than two months.

This can only mean one thing, smaller altcoins are losing a lot of market capitalization or literally dying. This is something that most crypto investors have looked forward to. Bitcoin dominance has been significantly increasing since the beginning of 2018 when it was only at 32.8% and Ethereum had 18%. Now, Bitcoin holds around 66% of the total market cap and Ethereum only 8%.

Is the Recent Bitcoin Bounce for Real?

The recent 13.4% bounce that Bitcoin just experienced doesn’t necessarily mean the digital asset will recover or enter a bull run from here. It’s important to realize that bounces like this one happen many times to cool off the RSI and other indicators. The trading volume, however, has been significant but investors still need further confirmation. 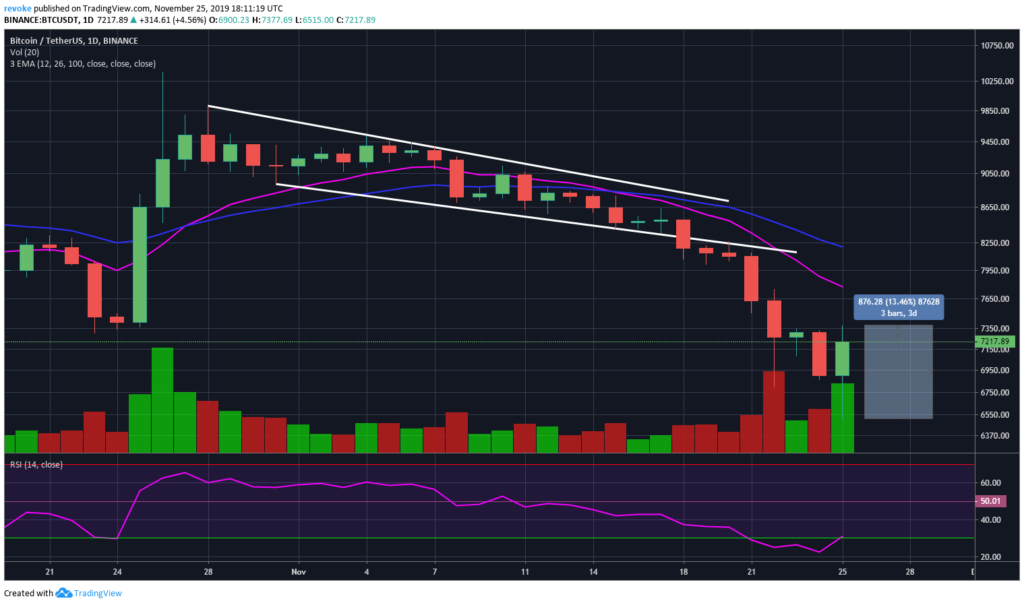 In the short term, Bitcoin is looking to confirm a bull flag on the 4-hour chart. If the bulls are able to break above this pattern, it could mean the start of the recovery for Bitcoin.