JPMorgan, the US bank whose CEO Jamie Dimon once called Bitcoin a scam and held a bearish stance for the cryptocurrency market, today announced the launch of its stablecoin and blockchain protocol after years in the development.

Takis Georgakopoulos, the bank’s global head of wholesale payments, confirmed in a note that the firm’s  JPM Coin is being used commercially for the first time this week by a large technology client to send payments around the world.

As per a CNBC report, the move was buoyed along with other “behind-the-scene moves” that persuaded JPMorgan to devote an entire business vertical to “Onyx,” a new blockchain and digital currency research division.

“We are launching Onyx because we believe we are shifting to a period of commercialization of those technologies, moving from research and development to something that can become a real business.”

JPMorgan moves over $6 trillion a day across more than 100 countries, making it one of the world’s biggest players in cross-border payments. However, this system relies on a complex global web of correspondent banks, with payments sometimes getting rejected for errors in the account information or other problems.

This is where the Onyx network and the JPM coin step in. Georgakopoulos said the bank remains focused on solving the issues related to wholesale payments, specifically in areas where the industry could save hundreds of millions of dollars with a better solution.

Banks could charge a few cents to confirm data for each transaction, saving money on remediating mistakes and creating a model to earn money by participating in the network, noted Umar Farooq, the CEO of Onyx. 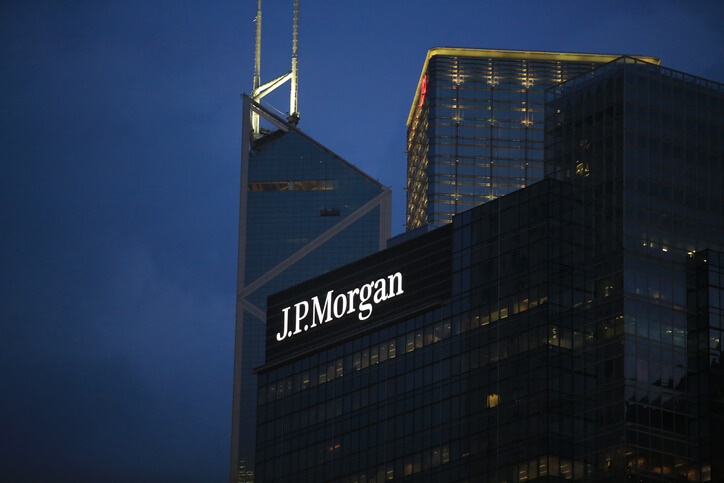 The company is also looking into creating new, separate payment rails for central banks that have expressed interest in starting their own currencies.

“Look at China, you look at Singapore, they’re looking for use cases for digital currencies,” Georgakopoulos said, referring to the stablecoin developments occurring in the two regions, as CryptoSlate has previously reported on extensively on.

The Onyx head also stated the bank was waiting for the right time to announce the development.

“If you think about blockchain, we are either somewhere in the trough of disillusionment or just beyond that on the hype curve,” Farooq said, referring to stages of the Gartner cycle. “That’s why at JPMorgan we’ve been relatively quiet about it until we were ready to scale it and commercialize it.”

Meanwhile, the interbank group that would test and interact on the Onyx network has been renamed to “Liink,” leading to some prominent cryptocurrency observers on Twitter draw its parallels with Chainlink, the world’s seventh-largest cryptocurrency by market cap.

SO JPM re-branded their blockchain payment network as a homage’ to Chainlink marines? that’s one way to spur adoption

It’s almost the old adage playing out: First they fight you, then they laugh at you, then you win.