Jones joins fellow fighter Chris Van Heerden as a champion mentor, with more to be announced in the coming weeks. The global talent hunt for the next action film superstar kicks off this fall.

Fight To Fame, the first blockchain-based, globally integrated platform paving a new path to fame for fighters around the world today announces the addition of one of the most celebrated and iconic boxers of our time, Roy Jones Jr., as a Champion and mentor to competitors.

Jones, along with his fellow champions, will assist fighters from around the world involved with Fight To Fame – which combines the best of blockchain, movies, and sports to create an entirely unique, interactive form of entertainment for fans – will kick off by scouring the world for talented fighters to the next global action stars.

Jones, a native of Pensacola, Florida, is considered to be one of the greatest boxers of all time, especially among light heavyweights.

Jones left his mark on boxing history when he won the WBA heavyweight title, becoming the first former middleweight champion to win a heavyweight title in 106 years. He has also represented the United States in the Olympic Games.

Jones hopes to take his years of experience in the ring and relay that expertise to upcoming fighters.

On his addition to the Fight To Fame Champion Roster, he commented:

“I’ve been incredibly lucky to enjoy the career that I have over the last few decades. I look forward to being a mentor and a sounding board for these young champions, as others were for me when I was just starting out, to help them reach new heights of what a fighter can be.” 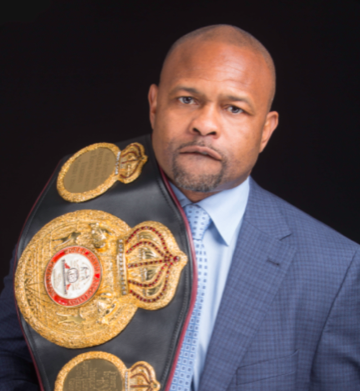 Fight To Fame, in partnership with Mercedes Ganon of mercedesmusic.com with her dear friend and associate Chico Brown, who helped facilitate the deal, is excited to welcome Elite Ambassador Champion Roy Jones Jr. to the project.

The team looks forward to additional global champions joining the quest to find the world’s top action talents and the next global fighting champions through a series of combats and trials.

In order to ensure fairness of the competition, Fight To Fame has integrated blockchain and big data technology into the core of their platform – to be used in voting, precise finance and talent management, and collaboration with major, global traditional gaming and entertainment companies.

The Fight To Fame global combat talent search will be conducted in over 100 countries. Fans will be able to vote on their favorite fighters using and the most popular with audiences will move on in the competition.

Those fighters will attend “Fight School,” where they will learn the tricks of the Hollywood fighting trade, and compete with one another for the grand prize: the “gold belt,” and a starring role in an upcoming Hollywood action film, thanks to key partnerships with major film production companies, providing a fast track to real fame.

About Fight To Fame

Fight To Fame is bridging together the worlds of sports, entertainment, and technology into a new kind of global engagement platform, powered by blockchain.

In Fall 2019, the company is leading a worldwide competition to discover the next action film superstar.

Fight To Fame is backed by an international team of industry leaders and championship fighters with a shared vision: to uncover and nurture new talent while helping fans engage like never before.

The post “King of the Ring” Roy Jones Jr. Signs On As Newest Fight To Fame Champion appeared first on Micky.