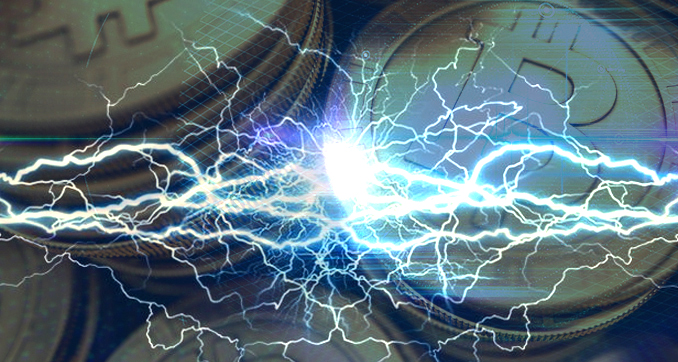 It’s the tech that will change everything, says those working to make it a reality.

There’s no debate – Bitcoin, as is, cannot function as a viable global currency and you won’t hear anyone saying it can.  It’s impossible to advocate the idea that someone could seriously buy a cup of coffee with Bitcoin and wait around for 10 minutes waiting for the transaction to complete.

Lightening network would turn that transaction into something measured in milliseconds, not minutes.

Once (or if) it’s perfected, it’ll have the Bitcoin network powerful and fast enough to rival the tech the economy currently runs on, the infrastructure build by major banks and credit card companies.

However – all with fees so low, businesses and people would probably actually use it.  A popular restaurant could easily give up $2000/month in credit card fees, a solution that would allow them to keep $1900 of that is going to be worth trying out.

With almost three years of development in tow, the Lightning Network is one of the most successful Bitcoin community projects as far as participation.

The payments network has reported year after year a constant growth and great support from users, but in particular for 2020 some of the most outstanding technological advances were registered for the massive use and maturation of the Lightning network.

The network ended 2020 with with more than 15,000 public nodes, most located in North America – more than doubling the previous year.

Along with this came support from some of crypto’s well known companies like NiceHash, Kraken, Electrum, and others.

But It Isn’t All Good News…

And to expect something in development to be nothing but smooth sailing isn’t realistic. But the 2020 bumps in the road include discovering some vulnerabilities in Lightning’s contracts sparking debate in the community, with developers and users concerned about both privacy and security.

As mentioned, the number of nodes is growing yet there’s surprising lack of decentralization.

Initially the logical design of having nodes look for shorter (therefore cheaper) routes made sense, but this has created a situation where 80% of transactions are completed using only 10% of the network.  Bringing some valid criticism from decentralization advocates..

However, supporters of the current structure point out that transactions are currently coming from users in the same geographical locations as the nodes.  Heavy global usage once the network goes live will solve this issue automatically.

Taking The Network Back From China…

The number of current Bitcoin miners in China is a point of concern for many.  Some simply dislike the ideological clash of the independent nature of crypto, free from governments and banks, being mined in a nation whos government prides itself on strict control of it’s citizens and businesses.

Others take things further, citing that China could damage rival economies with a simple order for miners to pull the plug.

But in the case of nodes on the Lightning network, most are located in North America. 45% located in the United States. Europe, on the other hand, concentrates 43% of the remaining nodes and Latin America only 0.8%.

But overall 2020 was a productive year, and Lightning took some big steps forward…

Solutions for some earlier known vulnerabilities were addressed, like the ‘timing attack’ that left some users private info exposed, and concerns that the network was open to ‘channel congestion’ attacks.

Lightning Labs improved transaction efficiency with the development of ‘Loop’ – they impressed enough people to bring in $10 million in financing. They followed this with ‘ ‘AutoLoop’ which automated liquidity management.

Wumbo was another noteworthy implementation, as it removed the initial limit of bitcoins that could be routed.

Initially, a limit of 0.1677 BTC was put in place since the network was officially only to be used for testing – this limit removed is a sign that there have not been any major problems.

Now, capacity of channels has been increased to between 5 and 10 BTC.

The honest answer – much closer to launching, but also, nowhere near launching,

Look at the current price of Bitcoin if you need a reminder of why Lightning will need to be flawless before going public.

Subscribe to GCP in a reader
Categories: Crypto Currency