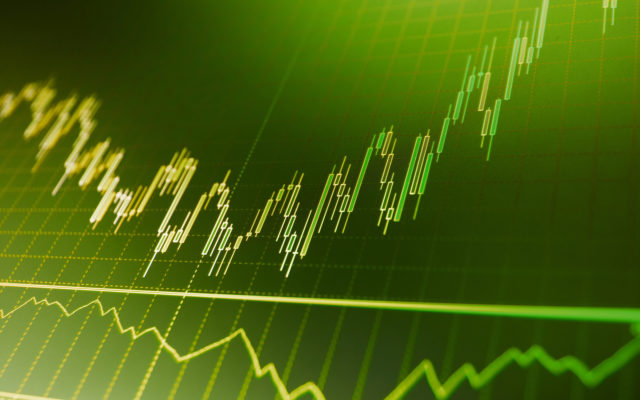 As the Litecoin halving event approaches traders are keeping a close eye on the altcoin’s price action within a narrowing symmetrical triangle. 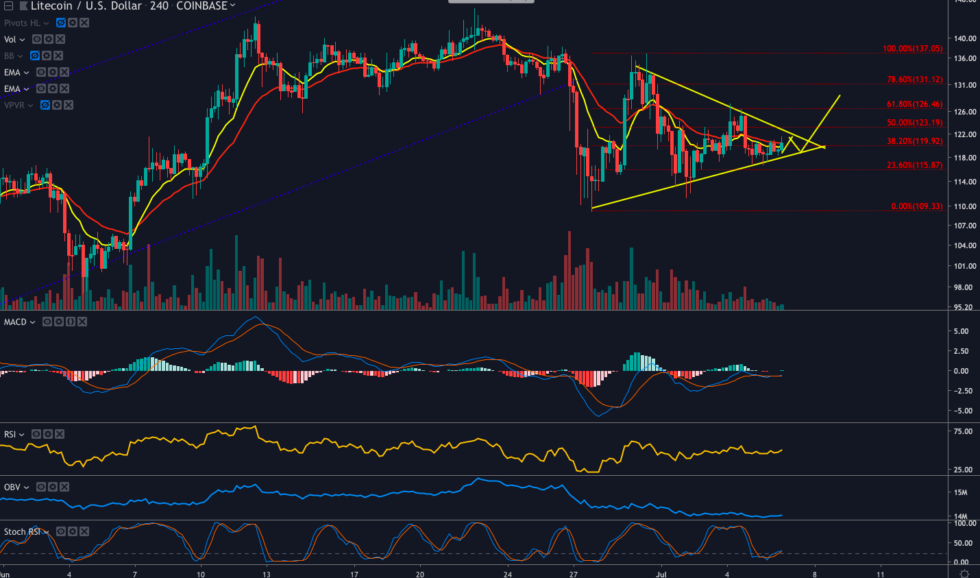 Since dropping from its rising channel on June 26th Litecoin has mirrored Bitcoin’s volatility and is currently consolidating on the 4-hour and daily time frame. The altcoin recovered nicely from its swing low near $111 and after topping out at $127.83 on July 4th LTC’s price is tightening within a symmetrical triangle.

Since Saturday the altcoin has struggled to trade above the 12 and 26 exponential moving average (EMA) but the fact that the upper and lower arm of the Bollinger Band indicator is tightening and LTC slowly approaches the 20-MA of the indicator suggests that a decisive move is imminent. 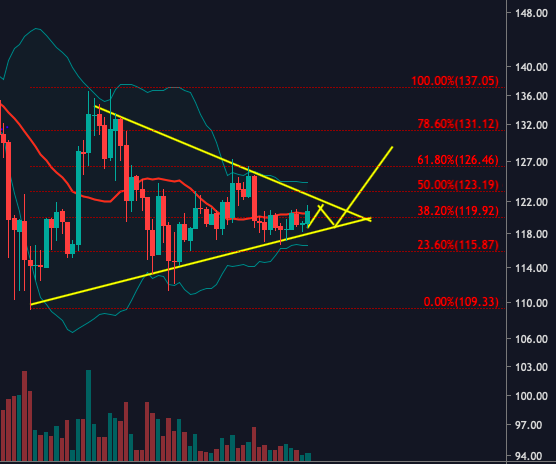 At the time of writing the MACD is on the verge of a bullish cross and trading volume is tightening as the RSI climbs near 50.

In the event of an upside break, LTC needs to cross above the 50% Fib retracement level and close above $126 on the daily chart. While anything under $137 is a lower high, a rally to $135 would restore LTC to the ascending channel which the altcoin had traded in since April 30. 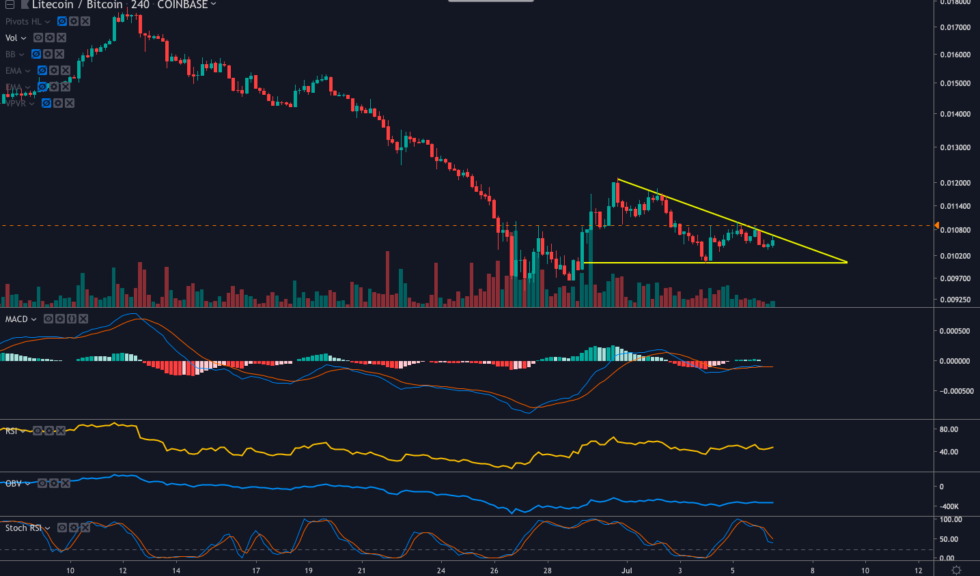 There’s also the remote chance of a daily trend change on the LTC BTC pairing and the 4hr chart shows consolidation which is similar to that of the LTC-USD paring. Any bullish trend change from an altcoin – BTC pairing is worth investigation given that Bitcoin’s growing dominance throughout the recent rally to $13,800 has taken a toll on most Alts.

A move to and above 0.010912 is significant and similar to the USD pairing, the MACD appears on the verge of a bullish cross on the 4-hour chart. Gains above 0.010912 would also set a higher low on the daily chart for the first time in nearly a week and this could excite traders as anticipation of Litecoin’s upcoming halving event has crypto-investors wondering whether another rally is in store.

Ultimately, the next 24-48 hours will be important as LTC approaches the tip of the symmetrical triangle. Traders should watch to see if the 12 and 26 EMA’s converge and cross above the mid-arm of the Bollinger Band indicator. Keeping an eye on volume should also provide valuable insight as volume tends to precede price.

[Disclaimer: The views expressed in this article are not intended as investment advice. Market data is provided by Coinbase. The charts for the analysis are provided by TradingView.]