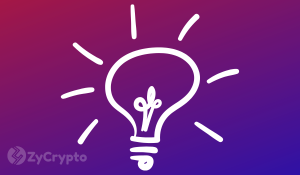 Back in July, a new partnership between Ripple and MoneyGram was announced which indicated that the payment company based in Dallas, was to begin using Ripple’s xRapid platform to conduct cross-border transactions.

As part of the partnership details published at the time, Ripple announced its decision to buy $30 million worth of MoneyGram shares, at a $4.10 per share premium with the possibility of buying another $20 million worth if it so desires within the next two years.

The announcement proved to be beneficial for the money transfer firm because, on the same day, MoneyGram stock (MGI) shot up a whopping 168%. Now about two months later, MoneyGram’s CEO has praised the partnership between the two companies.

As part of a recent interview, CEO Alexander Holmes spoke on the general applications and effects of blockchain technology and on MoneyGram’s specific application of Ripple’s xRapid. According to him, the partnership between both firms could help them both shore up their different shortcomings, with their respective selling points.

“Ripple has large distributed blockchain technology and an interesting crypto coin like XRP can cross borders in seconds. What they don’t have is pools of global liquidity in fiat currency. We, however, have pools of money across the world and our speed is only enabled by the ability to pre-fund and move money in advance. One system is really fast but lacks liquidity, the other has massive amounts of liquidity but is inherently slow.”

Holmes further suggests that even though the system is beneficial for the future of cross-border payments, especially as it affects the average customer, it could take a minute or two before blockchain solutions are widely adopted in the traditional sector.

However, if this happens, Holmes believes cryptocurrency and blockchain have the potential to become “disruptive to cash markets.” According to him, governments already understand this risk and are afraid of cryptocurrency because it takes financial control out of their hands, making it essentially impossible for them to “run a country if they don’t have control over their currency”.

There is also the problem of data localization with many governments and their central authorities, insisting that data stay where the transaction occurs. Holmes suggests that blockchain technology presents a fantastic way to circumvent this, retaining efficiency as a firm, but also complying with the government.

With blockchain ledger technology, you can tokenize the money movements and payout the transaction on the other side. You can keep the data where you want and give the government access to the data it needs.

The post MoneyGram CEO on The Speed of Ripple’s XRP and Crypto’s Disruptive Nature appeared first on ZyCrypto.