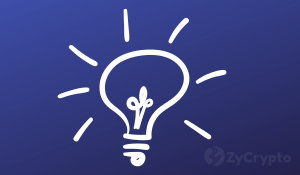 Currently, MoneyGram serves millions of customers in more than 200 countries over the world. To make money transfers, the company was forced to pre-purchase foreign currencies. The xRapid tech allowed abandoning this condition, while simultaneously increasing the speed of the payment system.

XRP cryptocurrency implies the possibility of instant money transfers between the parties. Therefore, when making a transfer from London in British pounds, customers in America will be able to instantly receive their equivalent in US dollars.

The process is implemented through the tokenization of assets (not pounds are transferred, but their equivalent in XRP, which can later be quickly exchanged for US dollars). At the same time, using xRapid can also significantly cut fees that users are forced to pay for a transaction.

Users on the Internet network noted that the collaboration will benefit the financial giant to take over its main competitor Western Union place.

“MoneyGram is currently number 2 in the world for money transfers but after they fully implement and launch xRapid with XRP then I am expecting them to be the number one money transfer service in the world after they take over Western Union’s place,” posted XRPcryptowolf on his Twitter account.

The latest collaboration has encouraged MoneyGram to reduce fees. To date, the cost of an international transfer is about $1.

Among other factors, the collaboration would have a positive effect on the quality and cost of the services provided by MoneyGram. Although there were skeptics who believed that nothing good would come out of it. In particular, the company Western Union made a keen criticism of something that was happening.

Western Union said that MoneyGram with Ripple support will become more expensive than using a traditional system. However, the actual situation was significantly different from this statement. The fee for the operation in MoneyGram will come down.

Accordingly, the cooperation of Ripple with MoneyGram justifies itself gradually. Ripple is providing the world the currently awaited advancement in financial technology used by the MoneyGram. Thus, MoneyGram does what Western Union does not currently think possible thanks to Ripple. Therefore, the likelihood that the MoneyGram can take over Western Union place.

The post MoneyGram Set To Oust Western Union, Thanks To Ripple and XRP appeared first on ZyCrypto.