The request was put forward following the continuous implementation of home quarantine across the continent and around the world as a measure to contain the pandemic.

This has caused internet usage to skyrocket as more employees are working from home and students being homeschooled, which may subsequently cause internet disruption in the coming days.

“Teleworking and streaming help a lot but infrastructure might be in strain. To secure Internet access for all, let’s #SwitchtoStandard definition when HD is not necessary,” Breton tweeted on Wednesday.

To beat #COVID19, we #StayAtHome

Teleworking & streaming help a lot but infrastructures might be in strain.

To secure Internet access for all, let’s #SwitchToStandard definition when HD is not necessary.

In a statement, Netflix CEO Reed Hastings has decided to decrease bitrates across all video streams in Europe for the next 30 days.

The measure was implemented as a way to prevent the internet from breaking after the European Commission said on March 18 that they have observed a possible disruption if not controlled.

The popular streaming app said that the initiative could at least cut Netflix traffic by around 25%. Hastings also assured all subscribers of quality viewing experience despite the bit rates reduction.

Breton commended Netflix for being one of the first to respond to the request, adding that Reed “demonstrates a strong sense of responsibility.”

The chief officer of Limelight Network Sajid Malhotra, on the other hand, explained that internet congestion happens by region and then within a region by a carrier. He added that he was quite baffled as to what drove the EU to issue the statement:

“I don’t know what exactly drove the EU to issue the statement that they did. Maybe they were just seeing the trends and extrapolating if those trends continue out further and further then they could have problems.”

Cam Cullen, vice president of marketing for networking of Sandvine, said that choosing a lower resolution as a solution is not an exaggerated idea. In fact, a research conducted by the firm has found that YouTube and Netflix generate the most traffic amid the coronavirus health crisis.

BBC News also noted that video streaming is the top source of internet traffic, alongside game downloads and video conferencing. 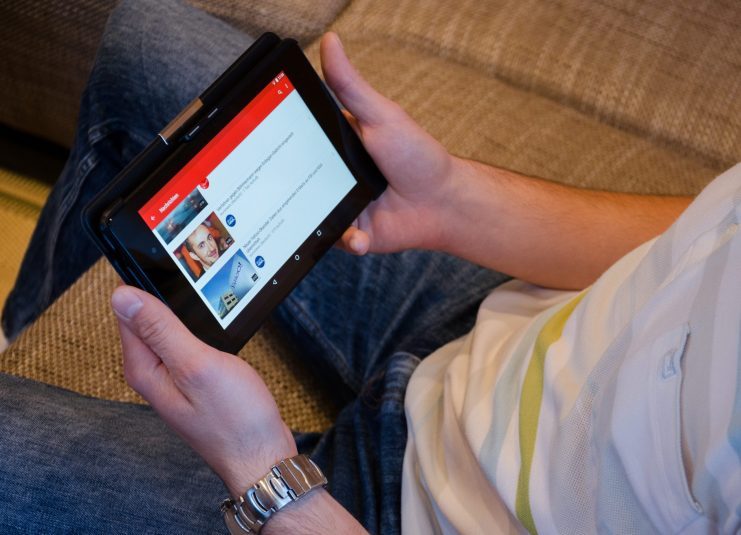 YouTube and Amazon join Netflix to switch to standard definition

Following the decision of Netflix, YouTube has also complied with the EU’s video quality reduction. YouTube said in a statement that they are “making a commitment to switch all video traffic in EU to standard definition temporarily.”

Amazon Prime also announced on March 20 that they are reducing video quality of its streaming across the continent. “We’ve already begun reducing streaming bitrates whilst maintaining a quality streaming experience,” the company spokesperson said.

Disney Plus, however, is yet to comment on the situation.

Internet providers said they can handle the increased demand

Despite the sudden measures to prevent the internet from “breaking,” internet providers have assured that they can manage the increased demand.

British telecoms like BT issued a statement saying that although they have seen an increase of 35% to 60%, it is still just half of the peak of evening usage and is nowhere near BT’s full capacity.

“We have enough headroom to meet growing demand and to keep the UK connected,” a Vodafone spokesperson said, while TalkTalk stated:

“We continually optimise our network for both our consumer and business customers and are well prepared to ensure they receive reliable connectivity.”