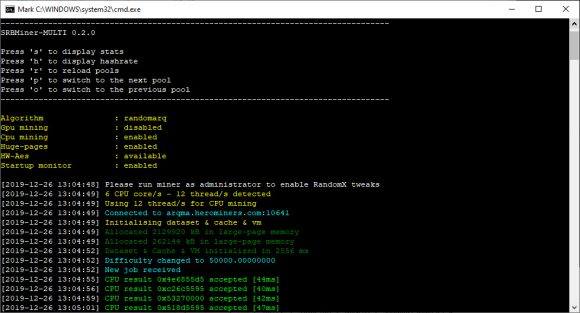 The latest SRBMiner-MULTI CPU and AMD GPU Miner version 0.2.0 has added support for another RandomX variant, namely the RandomV algorithm (MoneroV) as well as some additional tweaks, you can find the full changelog below. The previous release has also added support for the RandomSFX algorithm (SafexCash), so you can say that there is revival for CPU mining lately centered around RandomX, unfortunately that also has some negative side effects such as botnets mining. We’ll see how things go and for how long RandomX will remain in the CPU mining domain only with the growing interest around it and with many different variations becoming available as well.

– To download and try the new SRBMiner-MULTI CPU and AMD GPU Miner 0.2.0 Beta…