As foreign currency markets take aim at decades-old lows against a soaring U.S. dollar, one might wonder where global citizens will turn if they are unable to flee to the greenback — whether on account of shortages, barriers to purchase, legal restrictions, or all of the above.

To say foreign currencies are in a bad way right now would be a gross understatement indeed. The Great British Pound has just cratered to a shocking 35-year low, making it nearly one-for-one with the U.S. dollar, while the Australian dollar is at a 17-year low against the greenback, and the New Zealand dollar is at its lowest level in 11 years. Other major pairs are not faring much better.

Past crises have shown that the dollar has a willingness to strengthen during periods of global catastrophe — at times putting it at odds with the expectations of economists, who assumed a crisis centered in the U.S. would be widely bearish for the dollar. Most recently, the dollar rocketed when the Great Recession took hold in 2008, primarily a result of currency shortages worsened by the jitters of safe haven-seeking investors and reactive international markets, as well as the liquidations of overseas assets to meet margin calls.

While the Federal Reserve attempted to ease global dollar shortages with various forms of liquidity injections in 2008, they eventually resorted to what would be the first of many rounds of quantitative easing — the impetus for Bitcoin’s famed January 2009 genesis block message “Chancellor on Brink of Second Bailout for Banks” and the capping of BTC’s circulating supply to 21 million.

Can the Fed save the dollar, again?

But with a recession looming that’s widely predicted to be significantly worse than the 2008 economic crisis, it looks like markets are starting to show a whole new level of appetite for the dollar and this could put untold strain on the Fed in its ultimate capacity as the defender of the very fiat currency system itself.

The net result is going to be a scramble for dollars unseen in our lifetimes. The 1930’s was the last time we saw this as money poured into the US, forcing an eventual devaluation vs gold.

This time the very dollar system is at risk, as I have always said.

Just in December, Deutsche Bank (DB) analysts produced a report suggesting that fiat was doomed to unravel in the 2020s as inflation rates began to rocket outside the control of central banks and that demand for “alternative currencies” like crypto could soar. The catalyst for this, DB said, would be a decline in the global labor force and rising labor costs:

“Ultimately, if and when labour costs rise at the margin rather than fall, there will likely be a more difficult environment for policy makers. And where politicians are worried about elections, it is likely that inflation will be the casualty.”

This came as a stunning endorsement to many crypto proponents, but at the time — with stock markets at their all-time-high after the longest bull market in history — it also may have seemed both a far-fetched utopia and a dystopia. Now that the Coronavirus has brought to most of the world’s major economies more or less to a shuddering halt and removed one of the last lines of defense for central banks, this prophecy seems more reasonable than ever.

The Fed’s pulling out all the stops, but will it be enough?

Since late February, when the Coronavirus started to send global markets into a rout, the Fed has stepped in with $700 billion (and counting) worth of quantitative easing, pledged a $5.4 trillion liquidity injection, eliminated reserve requirements for U.S. banks, and cut interest rates to nearly zero — what senior U.S. Rate strategist Gennadiy Goldberg described as “bringing an aircraft carrier to a knife fight,” according to Bloomberg.

The question on everyone’s lips is, will it be enough to keep the wheels spinning and stave off this imagined macroeconomic collapse?

Let us indulge ourselves and imagine such an event, something of the magnitude Deutsche Bank outlined where inflation rates in major economies began to careen upwards of 10, 20, 30 percent. Many lessons have already proved that during times of hyperinflation and flight to safety, governments are more than willing to impose capital controls to prevent the collapse of their own currencies.

Examples abound, but most recently, in the second half of last year, Argentinian citizens were restricted from purchasing more than $10,000 USD per month in the hopes the Argentine Peso would recoup some of its value against the dollar. Shortly after the restrictions were announced, Bitcoin rocketed to a $2,250 premium above the market on a top Buenos Aires exchange on account of overwhelming demand. 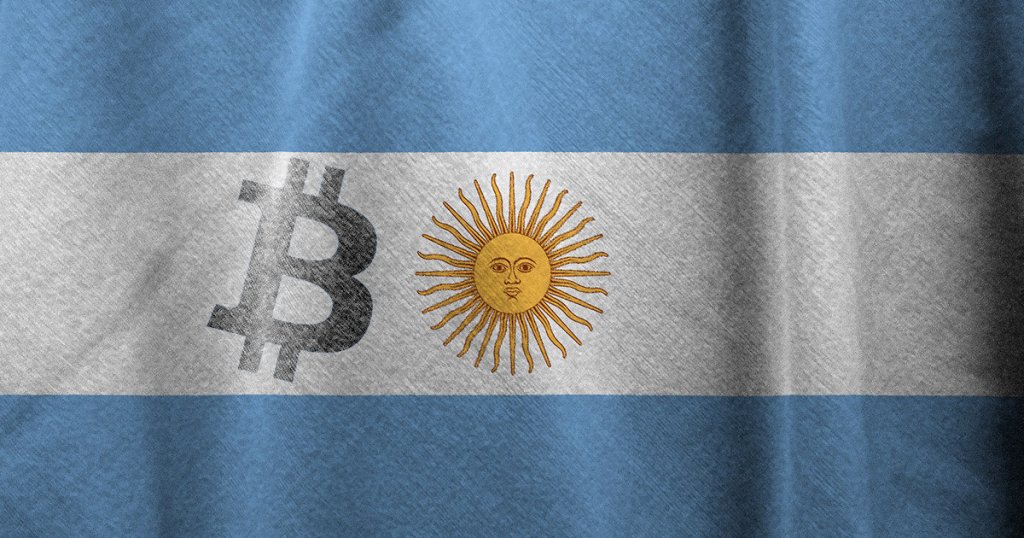 If and when the pendulum swings the other way and it is the citizens of wealthy and developed nations scrambling to allocate to alternative currencies in the face of caustic inflation in their preferred safe haven, the dollar, how will governments and banks, the gatekeepers of the fiat system, respond?

The post Op-ed: Bitcoin has never been closer to becoming a global reserve currency, here’s why appeared first on CryptoSlate.