After weeks of waiting, the Philippines’ Food and Drug Administration has finally approved a locally-made rapid test kit, which promises to reduce average testing times to two hours.

The University of the Philippines’ National Institute of Health (NIH) and the Department of Science and Technology (DOST) announced today that the FDA had given the green light for the commercial distribution of the test kits, called the “GenAmplify

Invented by microbiology and biotechnology expert Dr. Raul Destura and the scientists from the University of the Philippines (UP), the rapid test kit promises to reduce average testing times from six hours to just under an hour.

Manila HealthTek Inc., the authorized partner and manufacturer of the kit, mentioned that they have enough reagents to create 120,000 sets.

The first batch, consisting of 26,000 sets, will be distributed to major hospitals in the Philippines for field implementation.

Meanwhile, the remaining 94,000 tests will be sold commercially for P1,300 (~$25). HealthTek said that they already have more than enough orders from the private sector.

Unlike other test kits in the international market, which can go up to P8,500 (~$167), the GenAmplify rapid test for COVID-19 is six times cheaper at its current cost.

The regulatory body already gave UP permission to conduct field trials earlier in March this year.

How does it work?

Destura explained in a press conference that the UP-NIH used the same PCR (polymerase chain reaction) technology used by other test kits to detect the 2019 novel coronavirus.

The test kit is composed of three parts: an amber-colored vial that contains the probing substance, a master solution vial, and a negative control vial that ensures accurate chemical reactions.

The test is done by taking a specimen from the nose, as well as a swab from the throat. 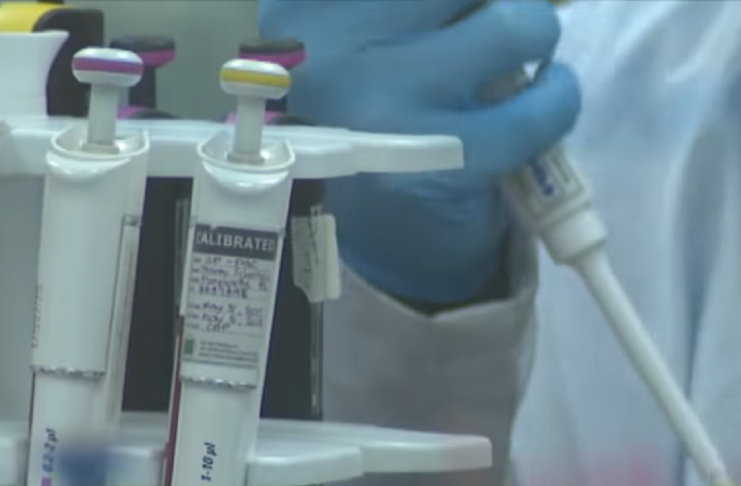 Why is rapid testing necessary?

Especially in places like the Philippines, where bed space and high-level medical facilities are somewhat limited in number, rapid testing is necessary to allow doctors to determine which patients should be prioritized for intensive treatment.

Also, if the test kit rollout proves to be effective in its implementation, the country can export these kits to other countries, thus creating an alternative supply of testing materials for the novel coronavirus.

After all, the number of test kits that can be created is only limited by the availability of the chemical reagents used for their production.

The Philippines already has 3,018 cases with 136 deaths and 52 recoveries at the time of writing.