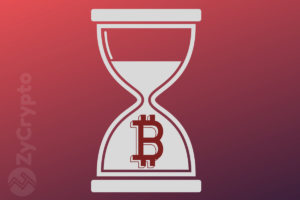 2019 has been a good year for bitcoin with the top crypto recording impressive growth since 2018’s depressing prices. Over the course of this year, myriads of predictions have been made about when bitcoin will go back to its glory days – if this actually happens.

Remarkably, bitcoin price predictions from bitcoin investors and renowned financial figures alike have been a dime a dozen and are somewhere between zero and one million, perhaps, the most astounding prediction being John McAfee’s.

Vanguard Group global chief economist Joe Davis cited in 2018 that there’s a “decent probability” of the price of bitcoin to drop to zero. Self-proclaimed bitcoin inventor and Bitcoin SV (BSV) founder Craig Wright shared similar belief earlier this year. John McAfee, tech programmer, and bitcoin maximalist, on the other hand, predicted that the price of bitcoin would hit $1,000,000 by 2020. The 2020 presidential aspirant vowed to eat his Dinkle on national television if his prediction doesn’t bear fruit. It sounds insane, right?

Entrepreneur and bitcoin optimist going by the name hcburger on Twitter is the latest to share an extremely bullish prediction about bitcoin’s future based on the power-law model.

So, What Is The Power-Law Model All About?

In a personal blog post titled “Bitcoin’s natural long-term power-law corridor of growth”, Harold Christopher Burger (@hcburger) attempted to explain bitcoin’s growth since its emergence in 2009. He predicted that the price of bitcoin will hit $100,000 by 2028 – no earlier than 2021, and the price will remain up there.

He goes ahead to say that Bitcoin’s price will make it to the $1,000,000 mark by 2037, not before 2028 and similarly, there will be no slump from that mark. If Harold’s prediction is anything to go by, the cryptosphere will be excited to see if McAfee actually eats his member. Meanwhile, Dickening.com is keeping a countdown to the event.

This new report has caught the eye of many in the bitcoin community, case in point, Erik Voorhees, CEO of ShapeShift who shared a link to Harold’s article on his Twitter page.

Nevertheless, Harold acknowledges that these are merely predictions, but he is “quite confident” bitcoin will soar as he approximated – or even higher. He noted:

“I am quite confident that in the long-term, the price will indeed evolve approximately as stated in this article. In fact, I think it is more likely for these predictions to be too low rather than too high: I believe that bitcoin has more potential upside than downside to large exogenous shocks.”

In his view, bitcoin’s boom-and-bust periods will continue, owing to the fact that the crypto industry is still budding.

Do these Predictions By Harold Hold Water?

It might be impossible for bitcoin to soar to $1,000,000 by the end of next year, but Harold believes we could get there in a little over a decade. The main takeaway? It would be absolutely wise to HODL your bitcoin stash and wait for the digital currency to work its magic.

Bitcoin has gained 7.6% over the past week and is presently trading at $10,569.92, as per CoinGecko. The rest of the crypto market is bleeding out. We can expect more gains for bitcoin as the launch of Bakkt Bitcoin futures draws closer.