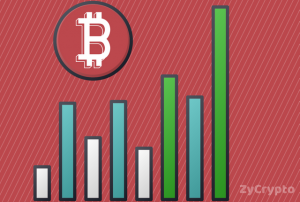 The past 2 years have been eventful for the general crypto industry, and Bitcoin in particular. The crypto boom of December 2017 put the cryptos on the map, driving various awareness campaigns that took them mainstream. Since its inception in 2009, Bitcoin has greatly moved up in value, but something else has been happening too.

According to a report from Coin Metrics, the number of Bitcoins held by investors has been increasing over time, meaning that the investors have been holding onto the asset as opposed to trading with it. Coin Metrics estimates that around 21.6% of the entire Bitcoin supply has sat unmoved for 6-24 months.

Also, the amount held this way has been increasing since 2009. That’s one market aspect that perhaps explains why Bitcoin’s value has steadily risen over the years.

Bitcoin As An Investment

This HODLing habit has probably been fueled by the apparent uncertainty of the crypto market coupled with the possibilities of investors cashing in hugely during booms. Between 2015 and 2017, Bitcoin’s value spiked over $700, a development that fueled the FOMO and led to the massive BTC accumulation drive right before the December 2017 bull run.

However, a lot of the investors dumped their assets and cashed in at the height of the boom right before the crypto winter swept the market. The accumulation resumed from mid-2018, and it’s been on the rise ever since.

In this respect, it’s pretty clear that many people now look at Bitcoin as more of an investment asset than a means of the peer-to-peer value of exchange as envisioned by its creator, Satoshi Nakamoto.

Still, the apparent dormancy of large amounts of BTC over a long time doesn’t necessarily define a HODLing culture. There’s a possibility that the unmoved Bitcoins are part of the estimated 4 million Bitcoins that have been lost as a result of their owners forgetting or misplacing the access keys.

The post Report: Bitcoin HODLers Are Taking It A Notch Higher appeared first on ZyCrypto.