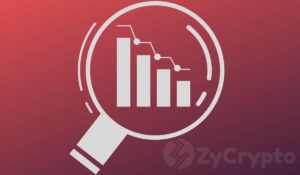 The market has started the week in the red. Altcoins have failed to continue the promising momentum that began last week. Bitcoin on its part has failed to capitalize on the Bakkt launch as widely reported.

With Bitcoin slipping below $10K, other cryptocurrencies like Ripple’s XRP have also nosedived to the previous low ranges. XRP has tracked back to the $0.27 price range following a bearish weekend and start to the week.

This comes in spite of the altcoin leading the market to fresh gains last week. During this time, XRP was able to break above the $0.31 resistance position, bringing promise to new highs for the altcoin.

The XRP Community Gets All Excited About The New iPhone

While the mood among XRP holders might be gloomy following the slump, the new iPhone has got them excited. Some believe that a partnership is in the works and will see Apple’s Apple Pay adopt XRP for its payment settlement service.

While this would be a game-changer for both companies, the argument behind the speculation is far fetched. The speculators base their argument of the partnership on the placement of cameras on the new iPhone 11 Pro and iPhone 11 Max released earlier in the month.

The back cameras, three of them, are perfectly shaped and placed like the Ripple logo. This camera design has been driving the rumor. The speculation comes just weeks after Apple Pay vice president Jennifer Bailey told CNN that cryptocurrencies have a long term potential. It is also important to note that Apple and Ripple have previously collaborated. In 2018, Apple integrated the Ripple inter ledger protocol to its API.

Has The Altseason ‘Come And Gone?’

Last week, altcoins were exploding. Gains of between 3% to 20% in 24 hours were signaling the return of the altseason. Some of the coins recording mammoth gains were Ethereum (ETH) Ripple’s XRP, Stellar (XLM) and Tron (TRX).

This week has started on the back foot but the market remains strong and healthy. Despite most of these coins recording a drop in the last 24 hours, many of them have maintained much of their gains. For Ethereum and XRP, the two are up by 9% and 6% respectively from the last 7 days.