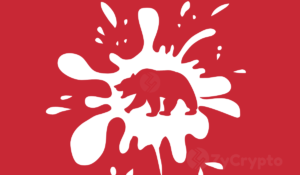 On August 12, the SEC put off their decision on bitcoin exchange-traded ETFs put forward by NYSE Arca and Cboe BZX exchanges earlier this year. The proposals for these ETFs were filed months ago by Bitwise, VanEck SolidX, and Wilshire Phoenix asset managers.

The US Securities and Exchange Commission (SEC) has set the dates for the final decisions to October 13 and October 18 for Bitwise and VanEck respectively while Wilshire Phoenix’s decision was postponed to September 29. SEC stated:

It pays to remember that this is not the first time that the SEC has postponed the decision for bitcoin ETFs. VanEck and SolidX Partners Inc. first filed proposals for ETFs first in June 2018 but the SEC has continuously postponed these decisions.

The commission did not cite its reasons for postponing this decision again, albeit earlier in June, the SEC Chairman, Jay Clayton explained during an interview with CNBC that the commission must first feel comfortable about the cryptocurrency custody and eliminate the possibility of market manipulation before approving any cryptocurrency ETF. The SEC decisions remain well within the timeframe allowed under federal rules.

While ETFs are the holy grail of mainstream financial adoption, the SEC may never approve them. In fact, the SEC also previously rejected a Winklevoss ETF proposed by Tyler and Cameron Winklevoss alluding to the lack of strict regulations around the bitcoin markets.

Notably, the commission has not approved any cryptocurrency EFT so far. Surprising? I don’t think so. A few weeks ago, the US Treasury Secretary Steven Mnuchin stated during a press conference that bitcoin poses a “national security issue”. Presumably, this could be the reason SEC may never approve a cryptocurrency ETF to avoid dethroning the US dollar as the reserve currency.

On Monday, bitcoin began the week trading below $11,500. After the decision was announced, the BTC price dropped slightly to $11,385. Today, the outlook remains bearish as BTC is currently down by 1.2% in the last 24 hours to trade at $11,242.39 as per CoinGecko. The bears are threatening to pull the price below key support $11,200.

However, reports are indicating that bitcoin is trading higher in Argentina compared to other global exchanges following a more than 30% nosedive by Peso, its national currency. This downswing came about after the defeat of presidential aspirant Mauricio Macri during primary elections held over the weekend.

The most interesting part is that cryptocurrency analysts are presently predicting a currency crisis. As we reported earlier, Raoul Pal, former Goldman Sachs Executive, illustrated in detail how this currency crisis seems imminent. Now recently after the Argentinian Peso price plunge against the US dollar, Morgan Creek’s Anthony Pompliano noted that this devaluation in the Peso could be the first of the many currencies to collapse.

“Could this be the first of many to be exposed in a currency crisis?”

This begs the question: is the looming currency crisis bullish for bitcoin as investors turn to bitcoin as a safe haven as these analysts suggest? Well, we can only wait and see how the imminent global recession affects the bitcoin market but these analysts give us a rough idea of what to expect.