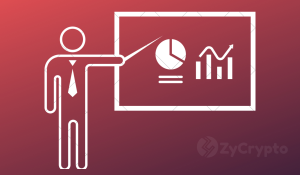 In today’s focus coins, there has been an overall Bull Run over the last 12hrs. Steller, EOS, and Binance have been trading upwards with most indicators pointing towards a further uptrend in the coming few hours. 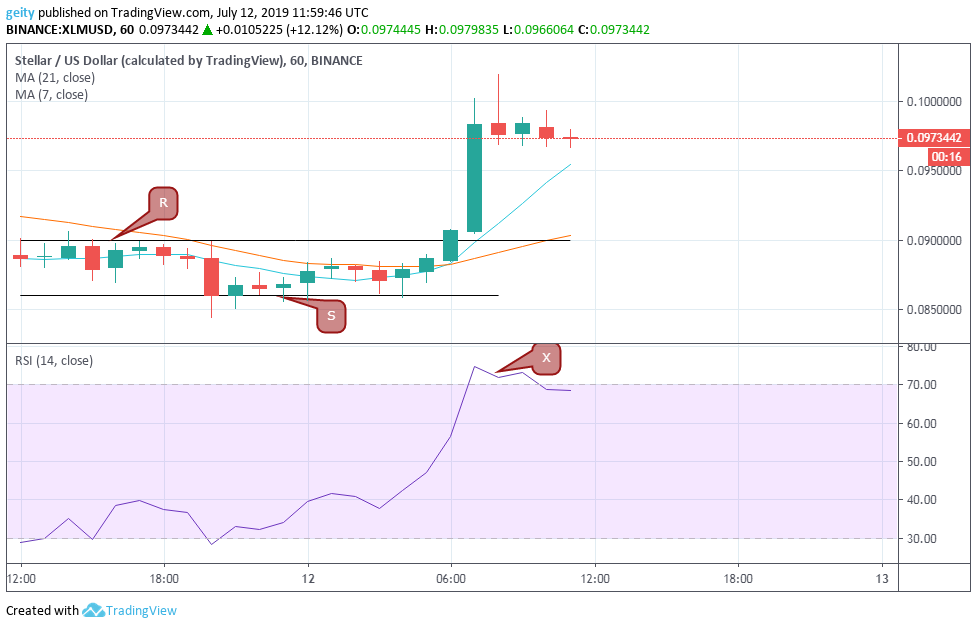 XLM/USD has undergone a bullish trend in the last few hours. XLM has gained by 9.6% since it has moved from $0.0879 and is currently at $0.0973 in the past 24hrs on an hourly chart. The uptrend has been supported by almost all the indicators, with the 7 day MA currently gravitating above the 21 day MA that indicated upward price rally.

The RSI indicator had also climbed massively from the oversold market territory to the overbought market territory that is above level 70 before it slightly dipped to 68.03. This placed a key resistance at $0.0900 and support level at $0.08600. A breakout later followed that breached the resistance zone to a high of $0.11 before embarking slightly to the current price.

At the moment, the RSI is trading flat, which signals a lack of market momentum in the next few hours. Support has moved up to $0.9647 that indicates a bullish sign. New targets should be set at $0.10. 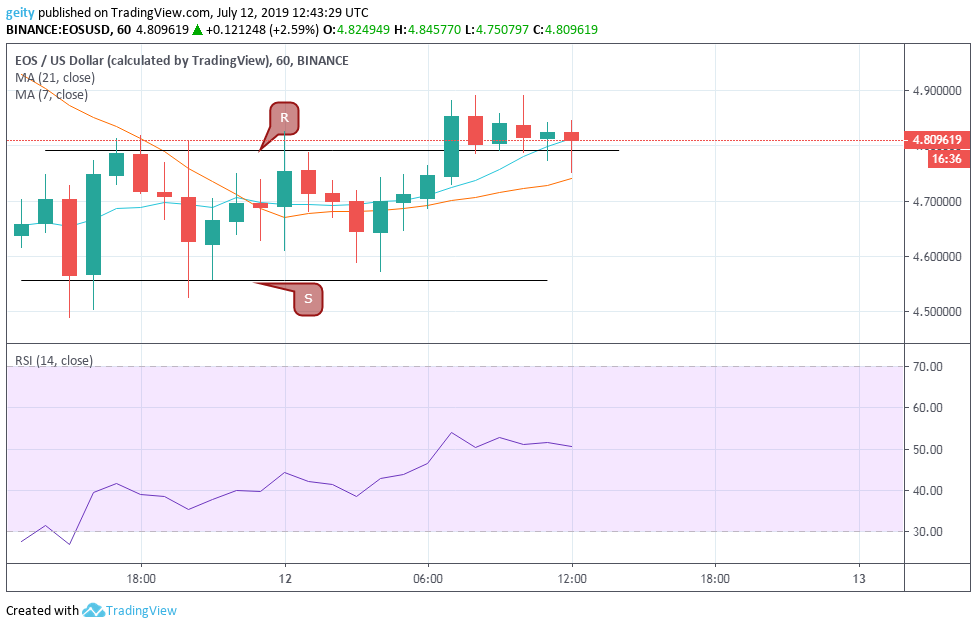 EOS/USD pair is up by 2.2% in the last 24hrs. EOS has been trading on a sideways trend as reflected by the horizontal channels that acted as resistance level (R) and support level (S). The intertwined moving averages indicated a lack of momentum in the market.

The pair’s price began trading at $4.7031 and is currently at $4.81, which showed that the market has gained momentum over the last 24hrs. The resistance level has become the new key support that showed an increase in bullish pressure.

The Relative Strength Index has also improved since it climbed from a low of 26.68 to 54.01. This indicated an increase in buyouts which, is a positive impact upon investors.

The 7 day MA is still gravitating above the 21 day MA that signals further bullish momentum. However, before that, the market is likely to continue the short-term consolidation period that is reflected by the RSI indicator that is currently trading flat. New targets should be set at $4.90. 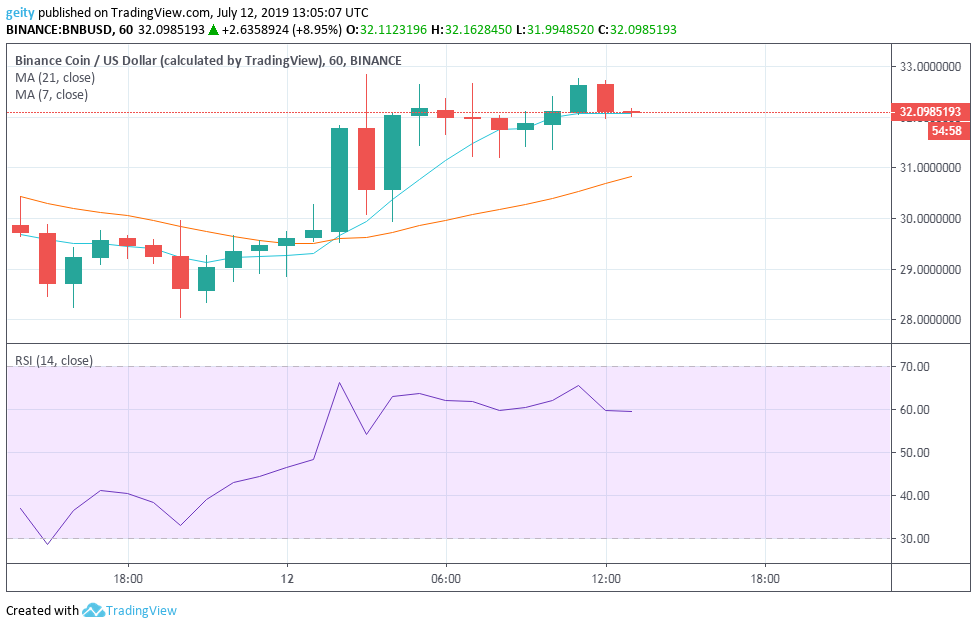 Like XLM and EOS, BNB has also gained momentum over the last 24hrs. The famous coin has been trading on a bullish trend. That was buttressed by the 7 day MA that was seen above the 21 day MA which, signaled a bullish sign.

The uptrend has positively affected investor’s sentiment during the last 24hrs. The pair’s price has surged by 7.39%, having moved from $29.72 to $32.84. The ascending RSI indicator had also signaled a bullish rally that showed increase buyouts.

At the press time, the RSI indicator has slightly dipped; this shows high chances of a turnaround of the trend. If the bull does not get up their game, the bears are most likely to take over the market momentum in the coming day. New target should be set at $29.50.