There’s a possibility that America Ferrera will still be around the sixth season of Superstore.

Nothing is confirmed yet but according to reports, the actress hinted a return in season 6 after announcing that season 5 is her last one for the one-camera sitcom.

She made her series exit announcement before the shutdown of production due to COVID-19. Because of this, she did not anticipate that season 5 will be cut short and her character’s story will have an unfinished storyline.

“Today is unexpectedly my last day shooting on Superstore for this season,” Ferrera announced in an Instagram story. 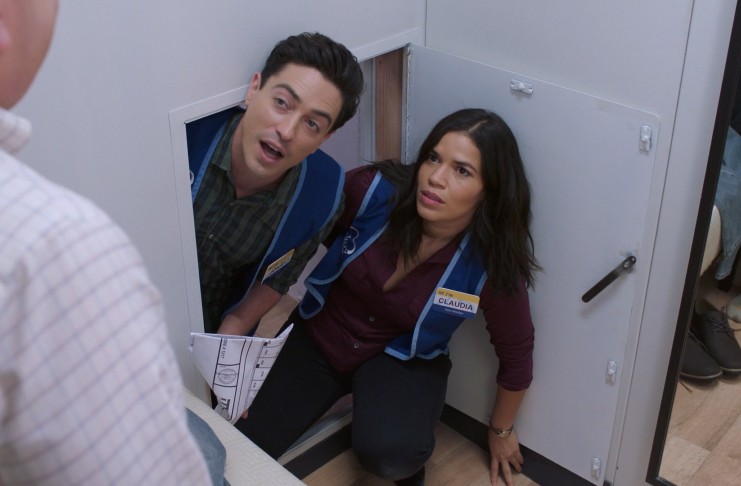 Change of plans for season finale

NBC’s number one comedy show shut down the taping of season 5 after stay-at-home orders were released. The network also confirmed that due to the shutdown, the supposed-to-be season finale episode will no longer be filmed.

They wrapped up the show and decided on turning the 21st episode into the season finale episode. And since it’s not the planned finale, Ferrera’s character, Amy, will be unable to properly say goodbye.

However, it seems like Ferrera isn’t going to let that happen.

“I assume this means we’ll be coming back when things clear up to finish Amy’s storyline,” Ferrera wrote in the aforementioned Instagram story.

Ferrera, who is currently pregnant with her second child, announced in February that she was leaving the show to start a new chapter in her family and career.

Ferrera’s co-star Ben Feldman also reiterated the same thing about Ferrera’s potential appearance in season 6. Feldman, who plays the role of Jonah, said that Ferrera “wants to see a proper send-off for Amy.”

He then said that with Ferrera’s interest to finish her storyline, he is guessing that it will be worked into next season.

Season 6 is on hold

As of the moment, there is no word yet on what’s in store for the sixth season. NBC has also not made any comments on Ferrera’s possible comeback in season 6.

But considering how well-loved Amy is for the last 5 seasons, a proper conclusion is not far off.

When you’re on your third cup of coffee.

It is still unclear when the production of shows will return so there’s a big chance that Superstore season 6 will not make it to its usual season premiere schedule.

Fans will have to stay tuned to find out how things will turn out for the series.

Superstore season 5 episode 21 will air on April 23 on NBC.