South by Southwest 2020, or more popularly known as SXSW, has been canceled after the city of Austin, Texas, canceled the festival’s dates due to concerns over the novel coronavirus (COVID-19) outbreak.

This cancellation came out of nowhere, as the popular festival celebrating music, film, and tech was scheduled to begin next week. However, there are now 19 confirmed cases of coronavirus in Texas.

However, ongoing concerns over the coronavirus outbreak have caused many to reconsider attending a major convention that features tens of thousands of people. Companies such as Apple, IBM, Netflix, Hustle Fund, Twitter, Capital One, Facebook, and Egnyte had already announced their intention to not attend SXSW this year.

The organizers of the festival released an announcement over the cancellation of the event, which partly reads:

The City of Austin has cancelled the March dates for SXSW and SXSW EDU. SXSW will faithfully follow the City’s directions.

We are devastated to share this news with you. “The show must go on” is in our DNA, and this is the first time in 34 years that the March event will not take place. We are now working through the ramifications of this unprecedented situation.

As recently as Wednesday, Austin Public Health stated that “there’s no evidence that closing SXSW or any other gatherings will make the community safer.” However, this situation evolved rapidly, and we honor and respect the City of Austin’s decision. We are committed to do our part to help protect our staff, attendees, and fellow Austinites.

The festival’s organizers say they are “exploring options to reschedule the event and are working to provide a virtual SXSW online experience as soon as possible for 2020 participants, starting with SXSW EDU.”

Needless to say, this is a major blow to the economy of Austin, Texas. The festival had an economic impact of US$355.9 million [$AU536.2 million] in 2019. There was also going to be a good number of sessions devoted to cryptocurrency and blockchain technology. 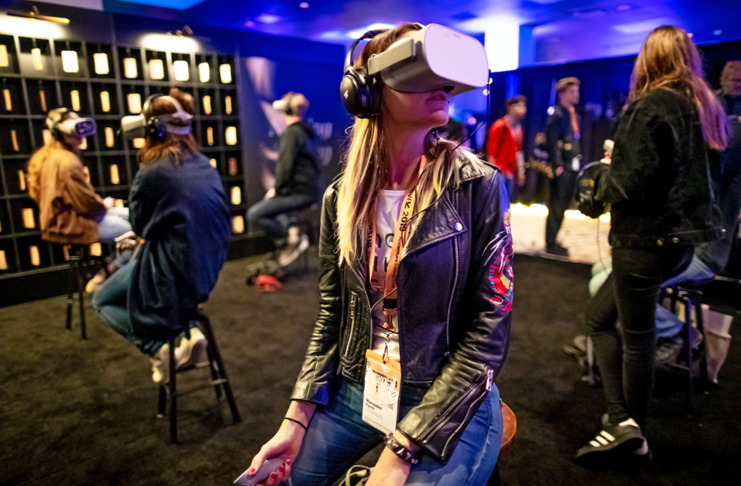 SXSW is far from the only event that has been impacted by the coronavirus outbreak. Many other conferences, festivals, and gatherings have been canceled as well due to fears of spreading the virus.

Some of the events now canceled include the Facebook Global Marketing Summit, the London Book Fair, the Livre Paris Book Fair, the Ultra Music Festival in Miami, the Geneva International Motor Show, GDC 2020, and the Global Gaming Expo Asia.

Concerts have been disrupted as well, such as those featuring BTS, Mariah Carey, and Green Day. Pop culture conventions are being hit too. The Emerald City Comic Con in Seattle, Washington, has been postponed. The convention was expected to bring 100,000 attendees to the Convention Center in downtown Seattle next weekend to see their favorite artists, authors, and film and TV stars.