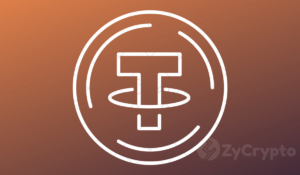 Tether (USDT) will soon be available on a 5th blockchain, Algorand. Previously, the stablecoin was only available on Ethereum, EOS, Omni, and Tron.

Before this announcement, EOS was the most recent blockchain to add Tether stablecoin on its platform having been deployed in May of this year. Tether announced its latest blockchain adoption via a tweet dated July 17, 2019.

So, Why Did Tether Opt For The Algorand Blockchain?

Tether released a statement in light of their latest development. According to this statement, Tether affirms that Algorand is looking to come up with a public permissionless proof-of-stake blockchain with an open-source approach.”

“Extending Tether into the Algorand ecosystem is a fantastic opportunity for us to further contribute to blockchain interoperability and collaboration. Algorand is an excellent team very much aligned with ours; we are proud to take this next step with them. We are very excited about the potential this enables for other projects in the decentralized ecosystem and we eagerly await working closely with many of them in the future,” stated the company’s CTO, Paolo Ardoino.

Tether Is Synonymous With Controversy

Tether is widely known to dominate the stablecoin market. However, it is crammed with wild controversies. The recent controversy to hit the US-Dollar pegged coin occurred over the weekend when Tether accidentally minted 5billion USDT during a chain swap that entailed moving tether stablecoins from the Omni blockchain to the Tron blockchain. Tether CTO Paolo then tweeted that the company had burned all the USDT tokens that had been minted due to an error with “token decimals”.

Questions about Tether and Bitfinex have always bugged the tether community with most speculating the two of colluding to somehow manipulate bitcoin prices by minting more USDT tokens. The fact that these two companies share two members of the board, Giancarlo Devasini, and Phil Potter hasn’t helped ease up on these allegations.

Further spurring these claims is the fact that Tether has never submitted to third-party auditing to prove that it’s in fact fully backed by USD. A lawyer of the company recently admitted that Tether (UDST) was backed by only 74% USD as of April 2019.

Additionally, the New York Attorney General accusations about Tether and Bitfinex allegedly working hand in glove to cover up a loss of $850 million have further tainted Tether’s image. The Attorney’s filing also said that Bitfinex had received a loan of $700 million from Tether but the investors had been kept in the dark regarding these transactions.

The post Tether Has Great News For The Community: USDT Is Coming to The Algorand Blockchain appeared first on ZyCrypto.