XRP has been struggling to ward off the heavy selling pressure it has been facing since late-February, with its buyers being unable to spark any type of notable rebound from its mid-March lows.

This weakness has caused the token to post significant losses against Bitcoin and many of its other peers, and there have been no technical nor fundamental catalysts to help shift this trend.

In addition to there being no notable additions to Ripple’s xRapid (since re-named to On-Demand Liquidity) cross-border payment solution, XRP’s transaction volume has been stagnant, even starting a slight descent.

This has struck a blow to the crypto’s mid-term outlook, causing many investors to jump ship as analysts set relatively low price targets.

At the time of writing, XRP is trading up just under 2 percent at its current price of $0.179. The crypto has been slowly grinding lower while Bitcoin and the aggregated market range sideways.

This slow descent first started in early-June when the embattled token was trading over $0.21. From here, its price slowly fell until it found some support at $0.18.

This support is currently in the process of being shattered by sellers. 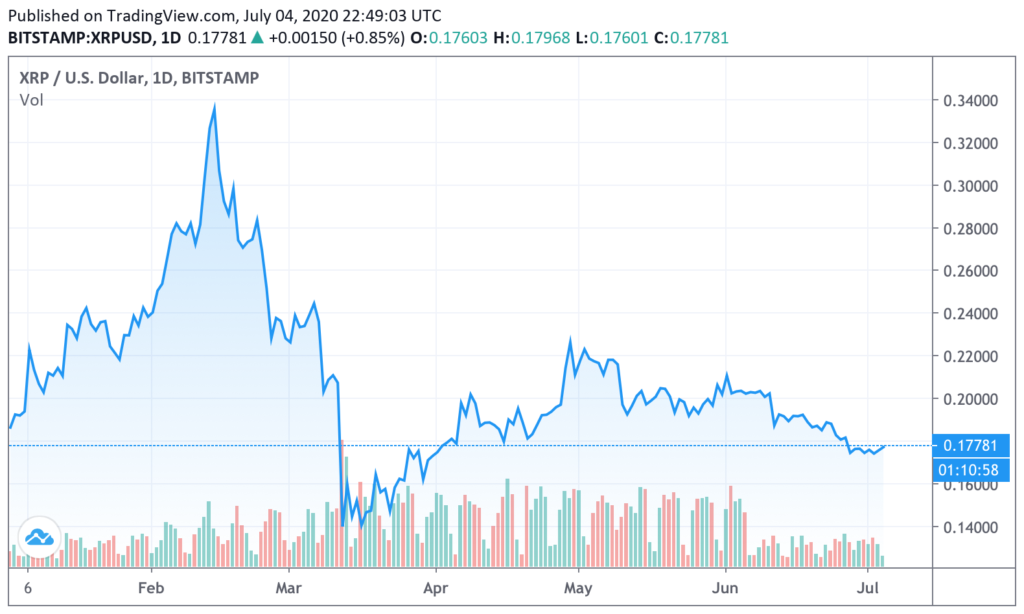 From a purely technical perspective, XRP isn’t showing any signs of forming any type of long-term bottom.

Luke Martin – a respected cryptocurrency analyst and the host of the Coinist Podcast – recently floated a question regarding where the crypto may bottom, noting that it has “been dropping all of 2020.”

In response to this, DonAlt, a highly respected pseudonymous trader, offered a price target of 0.00001500 BTC – marking a 25 percent decline from its current price.

This has been a historically significant price level, as it is where its parabolic rally kicked off in 2017.

What about its fundamental strength?

It does appear that XRP’s technical weakness is the result of declining fundamental strength.

Ripple’s On-Demand Liquidity (ODL) product – which uses the cryptocurrency and has long been looked upon as a source of utility for the crypto – has not been able to onboard any notable new partners in recent times.

In addition to this, the cryptocurrency’s transaction volume has been waning – according to data from XRP Charts.

As seen in the below chart, after seeing heightened activity earlier this year, the token’s transaction volume has been diving, currently sitting around the same levels it has been at for the past couple of years. 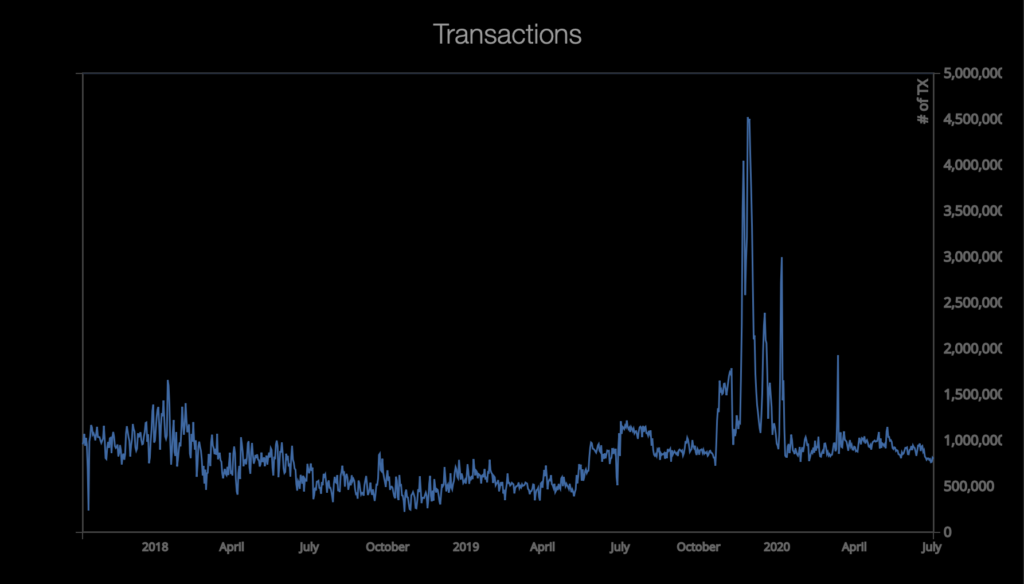 This seems to suggest that XRP is not being heavily utilized, and could spell trouble for its macro outlook.

The post There’s no end in sight to XRP’s downtrend as transaction volume wanes appeared first on CryptoSlate.