One integral facet of Bitcoin’s value that investors have long pointed to is its potential status as a “safe haven” asset.

The crypto’s March price plunge, however, seemed to put a temporary end to this narrative, although BTC has outperformed the traditional markets in the time since.

This decline may have stemmed from a knee-jerk reaction from investors, but the cryptocurrency’s ultimate test as a potential safe haven may be yet to come.

A few charts indicate that immense economic turbulence is imminent, which could put Bitcoin to the test.

All the signs are pointing to imminent economic turbulence

The stock market has been performing quite well as of late, with many stocks reaching their highest price levels ever seen.

The performance of equities, however, is not indicative of the underlying state of the economy – which is flashing signs of weakness.

Because this weakness could ultimately prove to be a headwind for the stock market, it may also put Bitcoin’s potential status as a safe haven asset to the test.

Although the record high unemployment seen throughout April and May showed signs of tapering off throughout the past couple of months, data reveals that the employment rate within the U.S. is starting to slide again. 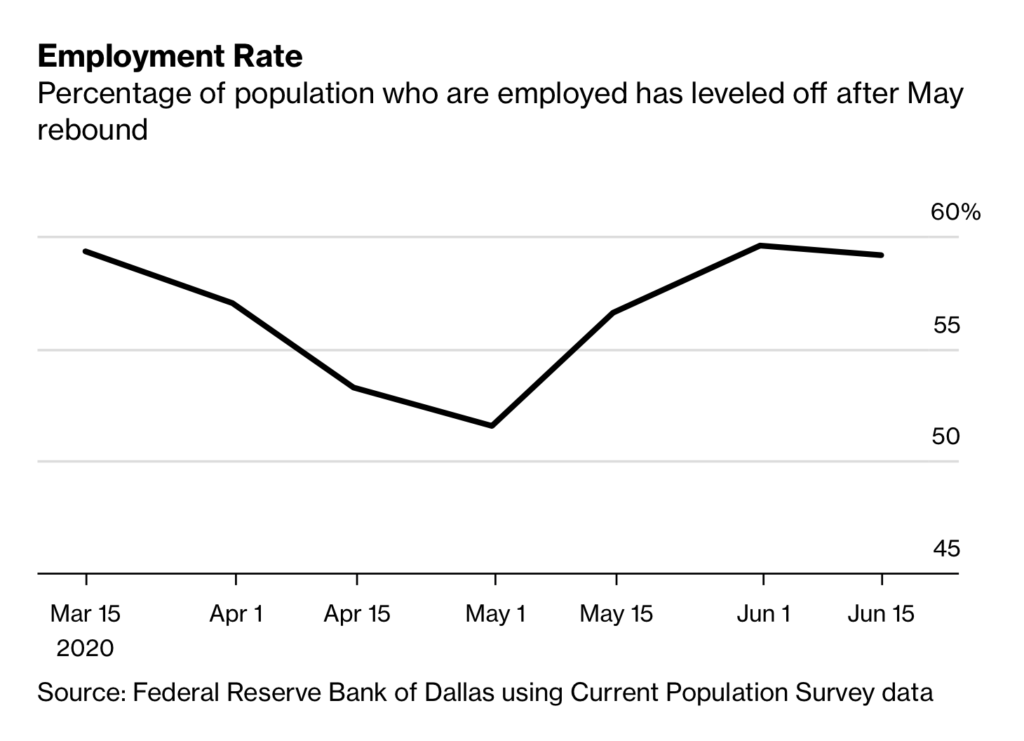 Image Courtesy of Bloomberg. Data via the Federal Reserve Bank of Dallas

This could put a thorn in the side of the anticipated “V-shaped” recovery that many investors have been anticipating.

The New York Fed’s weekly economic index is also showing signs of slowing growth, which comes as the ongoing pandemic continues spreading at a rapid rate. 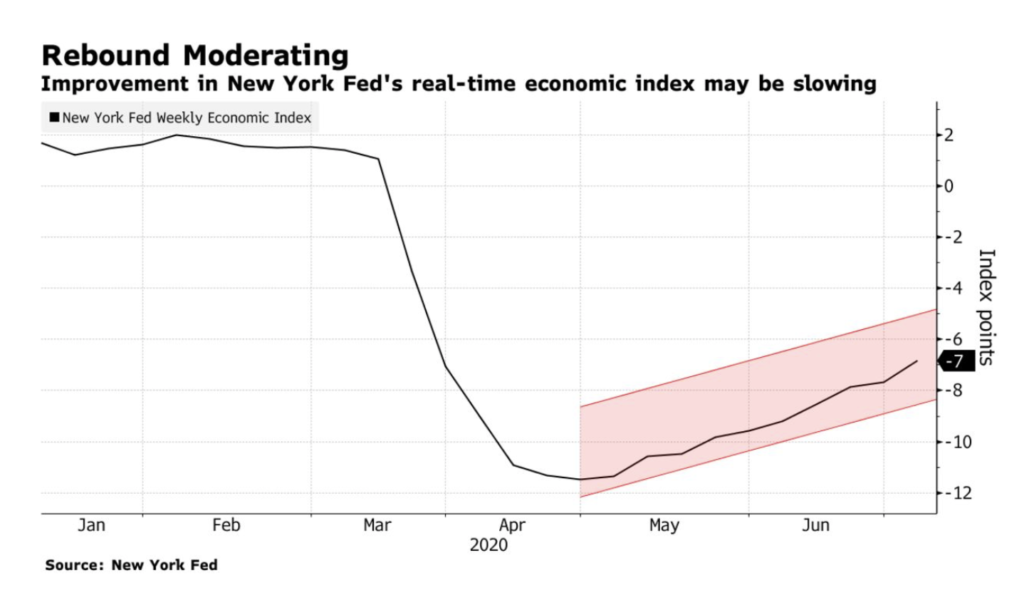 Data shows that homeowners are also growing increasingly concerned about making payments on their mortgages.

A recent government survey showed that 10 percent were unable to make last month’s payment, while 16 percent fear not being able to make the next one.

All the while, the U.S. stock indices have been flashing continued signs of strength, creating a tailwind that has helped propel assets like gold and Bitcoin higher.

Looming economic turbulence could be the ultimate test for Bitcoin

Bitcoin has indeed been trading in lockstep with the stock market over the past several weeks and months, but this doesn’t mean that this will always be the case.

Gold – for instance – has also been flashing signs of being treated by investors as a firm “risk-on” asset over the past few weeks.

If the economy enters a prolonged downturn – as the factors mentioned above seem to suggest – then investors may begin treating assets like gold and Bitcoin more like safe havens and less like speculative trading instruments.

Unless there is a shift in this trend, the coming few months should be revealing for Bitcoin’s long-term position within the global markets.

The post These charts suggest Bitcoin’s “safe-haven” status is about to see its ultimate test appeared first on CryptoSlate.