During The Lightning Conference in Berlin, Bitcoin security company Shift Cryptosecurity presented two new products: a revised vision for their popular hardware wallet BitBox (which also has a BTC-only version) and a Bitcoin and Lightning node called the BitBoxBase, which promises to sync the entire Bitcoin blockchain in less than two days’ time and deliver an overall seamless experience.

In order to offer more details on these products and explain how they work and what kind of innovations they bring to the space, we interviewed two key figures from the company: CEO and co-founder Douglas Bakkum (inventor of the original BitBox hardware wallet) and hardware enthusiast Stadicus (who is in charge of the node division).

According to Bakkum, Shift Cryptosecurity’s philosophy is to “focus on the whole user experience, prioritize simplicity and govern decisions with hardware.”

Correspondingly, the two releases manage to follow this ethos while also providing some features which set them apart from the competition. 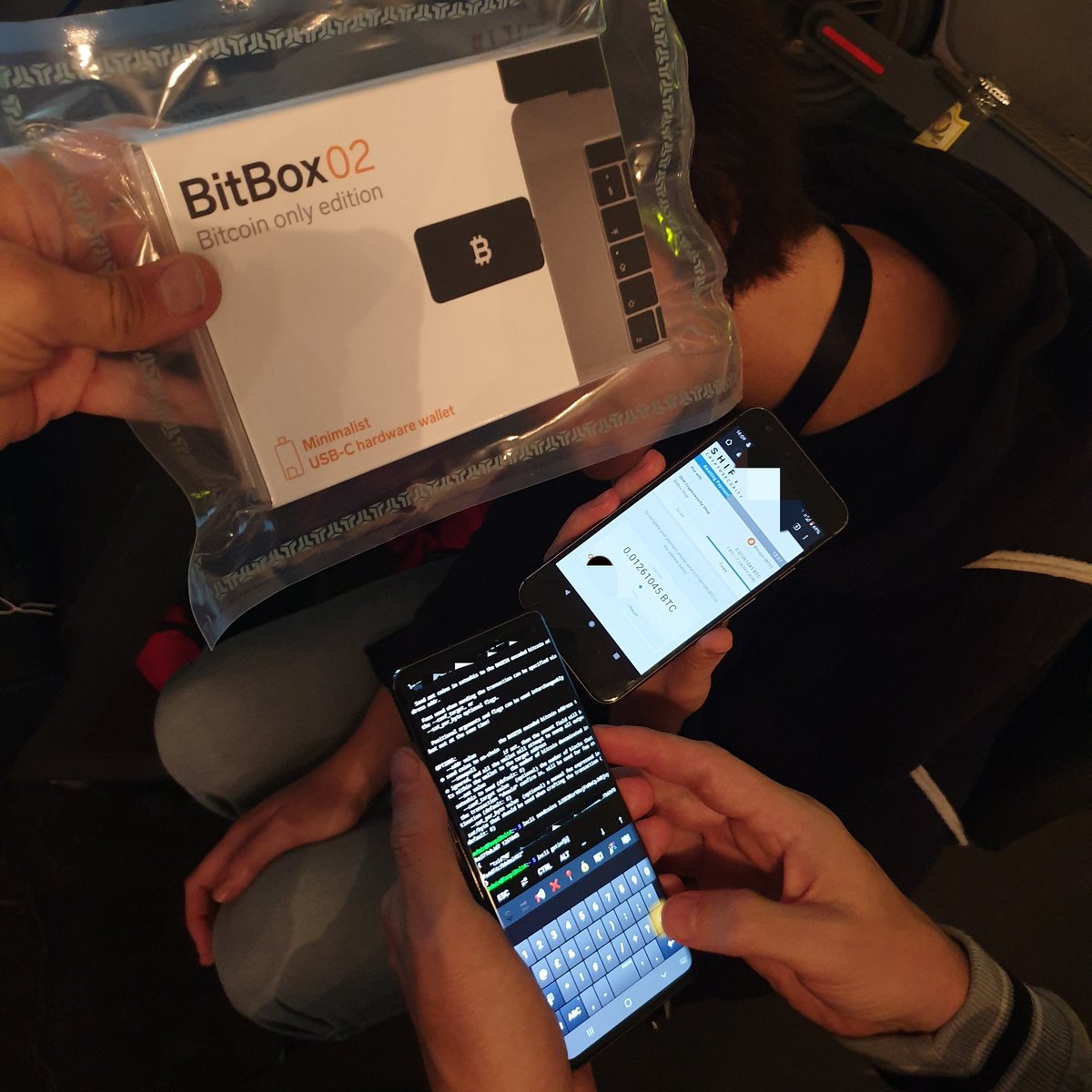 BitBox02: “The Best of Both Worlds Between Ledger and Trezor”

Bakkum has emphasized two areas of improvement for the second version of the BitBox hardware wallet: usability and security. In order to make backups more convenient for users, the BitBox02 includes a microSD card insert which saves an encrypted version of the private key and removes so-called “mnemonic anxiety” (fear of forgetting or losing the 12 or 24 words which make up the recovery seed phrase).

Furthermore, the BitBox02 is designed to combine the best features found in the two most popular hardware wallets on the market: It contains a general purpose microcontroller and runs open-source software like the Trezor, and also includes a security element in the form of a physical chip, as Ledger wallets do.

“We take what we think is the best of both worlds between Ledger and Trezor,” said Bakkum.

Bakkum also advocated for open-source firmware by saying that concealing the code may have fatal repercussions for the users, even when the intentions are good.

“In a lot of fields, it’s probably okay to be closed source, but in crypto where one mistake means you can lose your funds, I think it’s just a completely bad idea,” he said. 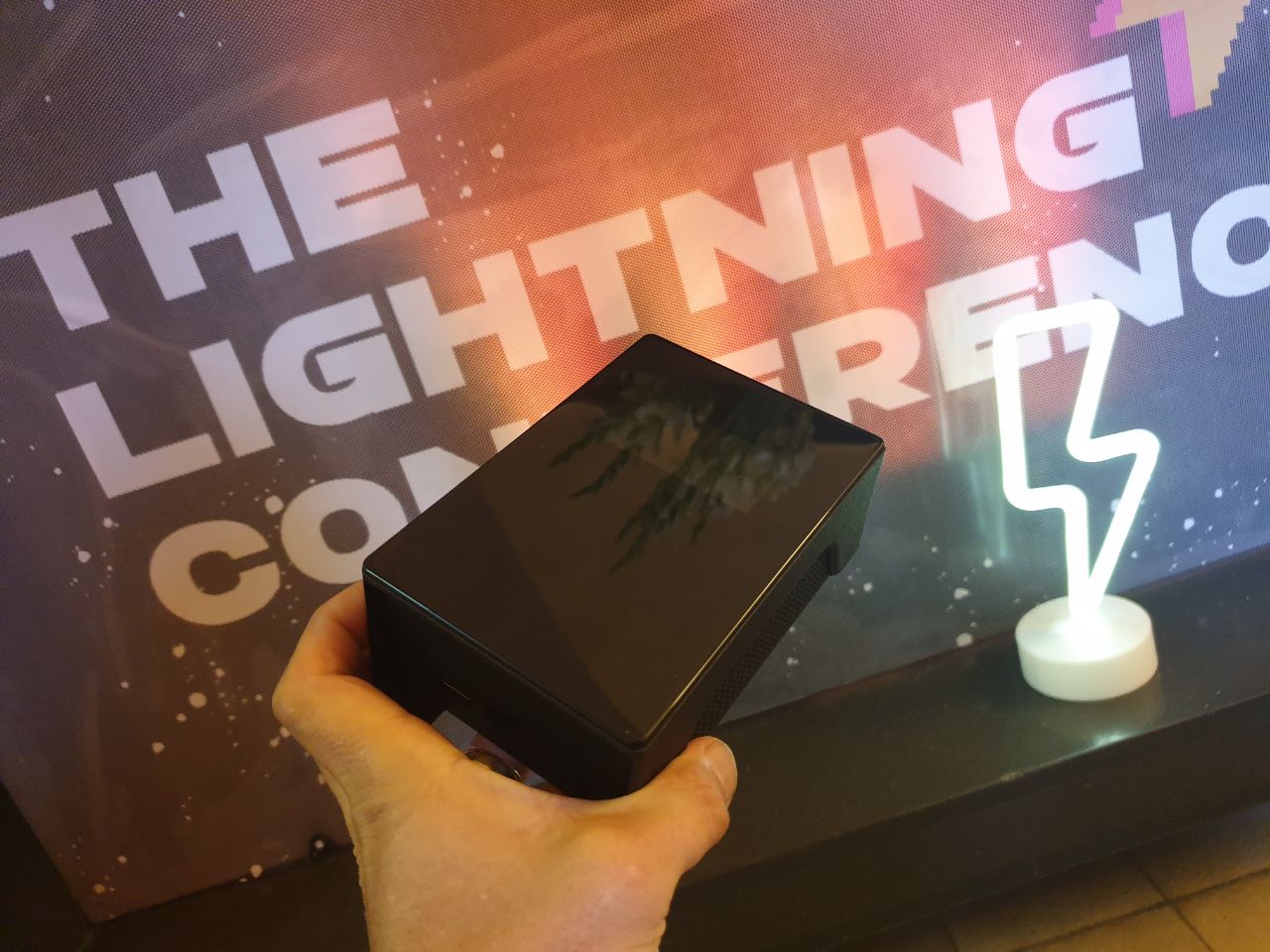 The BitBoxBase (or The Base) was presented as a prototype at The Lightning Conference in Berlin. Source: Twitter

The BitBoxBase node prototype presented during The Lightning Conference featured a slick, black, 3D-printed cover which housed a palm-sized ROCKPro64 with 4 GB of RAM and an attached terabyte SSD. Before an interview with Bitcoin Magazine, node engineer Stadicus said that he was still experimenting with various hardware specifications and settings in order to deliver the best experience with the lowest production costs. However, it’s unlikely that anything except for the casing and cables will change before the official release date — which is expected to be in the first quarter of 2020.

“You see quite a few Lightning nodes out there,” Stadicus told Bitcoin Magazine. “They start with Lightning and then move a little bit toward the on-chain stuff, but to me it’s a little bit the other way around. First you want to solve the on-chain Bitcoin issues to give the users sovereignty and privacy and then we can add the fun stuff on top. I think this is probably the main differentiator between our product and Casa’s.”

The Base is meant to complete the ecosystem of Shift Cryptosecurity products by empowering users with more privacy to validate and store their own transactions without relying on third-party devices.

“We’re working on a product ecosystem that combines hardware and software to give you as much financial sovereignty as possible,” Stadicus said. “Having a secure cold storage solution with a hardware wallet, together with our BitBox app, offers a holistic user experience and maximizes individual sovereignty.”

Aside from the hardware architecture, what truly sets the BitBoxBase apart from the rest of available retail node solutions is the decision to use Blockstream’s c-lightning client for Lightning Network transactions.

“One reason why we chose c-lightning is that it has all these great server-side plugin capabilities, so we can program in any language that we want – and we usually use Go – and add functionality,” Stadicus said. “So, for example, if you want to open a channel from your hardware wallet, you cannot do that directly from either c-lightning or lnd. But with c-lightning, you have these hooks to get into the program, write your own feature and use that to just add an additional functionality that is important for the whole ecosystem.”

The decision to not use lnd like the other major Bitcoin and Lightning node manufacturers comes with a trade-off, as applications such as ZapWallet and Joule can no longer be used.

“It was a hard choice for us because we deliberately gave away that whole suite of free applications, but we think that if you really want to have an easy plug-and-play solution, then that’s not the way to go, anyway,” Stadicus noted. “So, we decided that if we’re going all in, then we can use c-lightning. And I guess the little rebel in me was also [saying] that everybody is building on lnd so, we must go for c-lightning to avoid following the rabbit like everyone.” 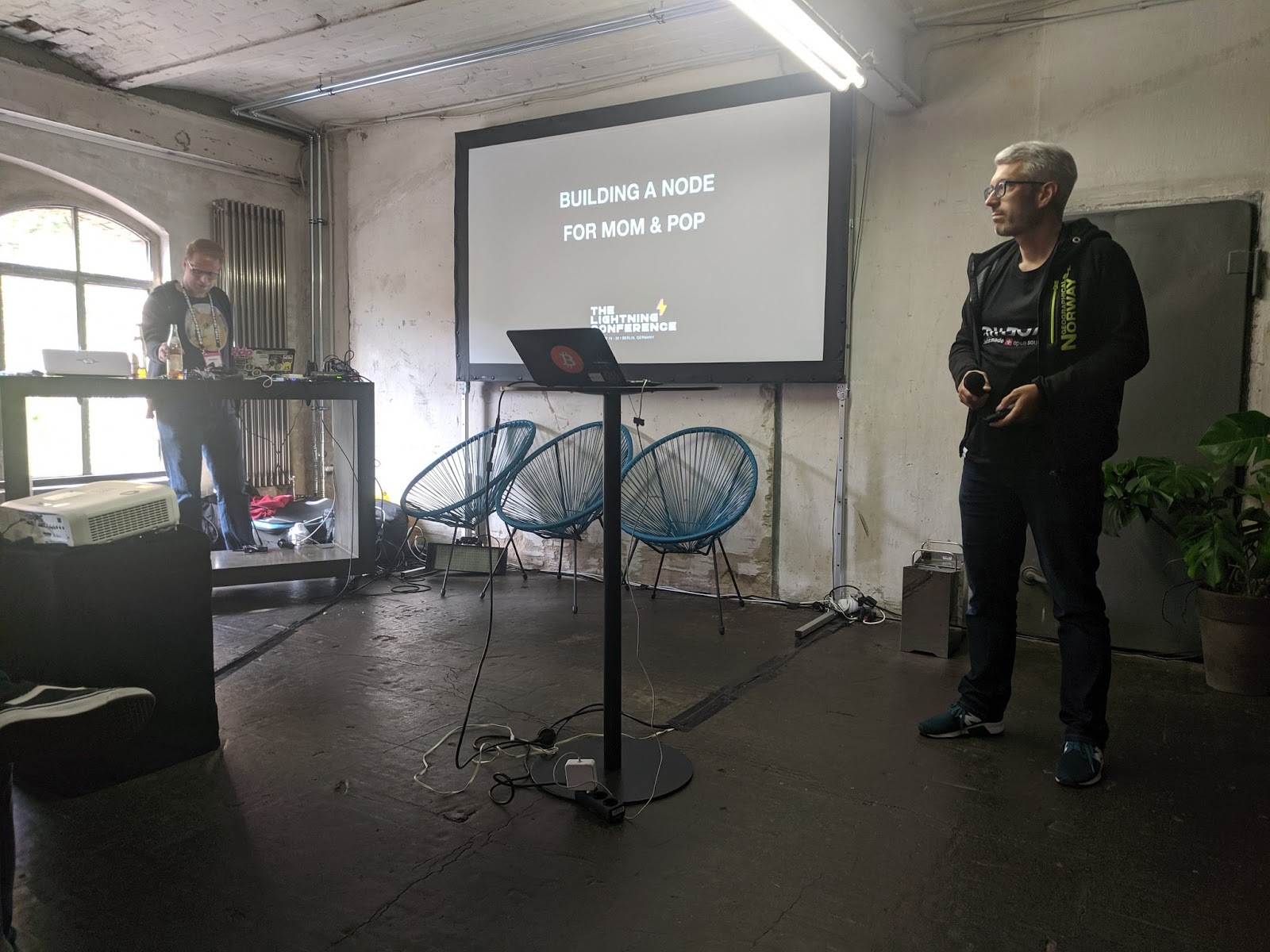 During The Lightning Conference, Stadicus presented his vision for building an accessible Bitcoin node. Source: Twitter

On the BitBox App and Why Hardware Security Matters

Just as the heart was the element that connected the brain with the hands in Fritz Lang’s “Metropolis,” Shift Cryptosecurity is working on a software implementation which bridges its hardware products. Their effort is generically called the BitBoxApp and is designed to be light and universal to all operating systems.

“We build hardware, but we also require good software for it,” Bakkum said. “Right now, we have a cross-platform desktop app that you can find on iOS, Windows and Linux. We also have a mobile version that we plan to release pretty soon, so that you will be able to plug your BitBox02 directly into your phone with a USB-C connection. That’s a big focus on usability and simplicity, and in the future we will try to add different types of services that are useful.”

Bakkum advocates the use of hardware wallets and nodes, even for newcomers to Bitcoin.

“For people new in the field, I think it’s extremely important to get their bitcoins secure, especially when exchanges are a ticking time bomb,” he said. “Your mobile wallet or desktop computer are also ticking time bombs, and so the best way to do it is via dedicated encrypted hardware.”

“From a certain point on, you should really care about privacy,” added Stadicus.

The post Video: Shift Cryptosecurity on Its Base Node and BitBox02 Wallet appeared first on Bitcoin Magazine.