The rapidly growing Ethereum-based DeFi sector has been generating significant buzz within the crypto industry, seeing massive inflows of new users and investors that have created growth typical of that seen during bull markets.

This trend has provided Ethereum with a notable boost to its fundamental strength but has not yet allowed ETH to accrue any value.

As such, while stacking up popular decentralized finance ERC-20’s performance this year against that of Ethereum, it becomes incredibly apparent as to just how laggard ETH’s price action has been.

It remains a strong possibility, however, that this trend will not persist for too much longer, as many analysts believe that the DeFi ecosystem’s growth has become a bubble – with its burst potentially boosting Ethereum.

Despite seeing immense turbulence in March, it has ended up being a decent year so far for Ethereum’s price.

After kicking off 2020 trading around $130, the cryptocurrency’s price was able to rally as high as $290 in mid-February, before facing a sharp rejection that was ultimately followed by a decline to lows in the sub-$100 region.

It has since recovered and is currently trading up nearly 75 percent year-to-date.

Although this is certainly not a number to be scoffed at, it has been dwarfed by the returns posted by many DeFi-related ERC-20 tokens.

While looking towards the performance of the top Ethereum-based tokens operating within the decentralized finance sector, only a small handful of them have underperformed ETH since the start of the year.

One data analyst who goes by the moniker “Ceteris Paribus” graphed this data, showing that many of these tokens have seen gains emblematic of those posted during full-fledged bull runs. 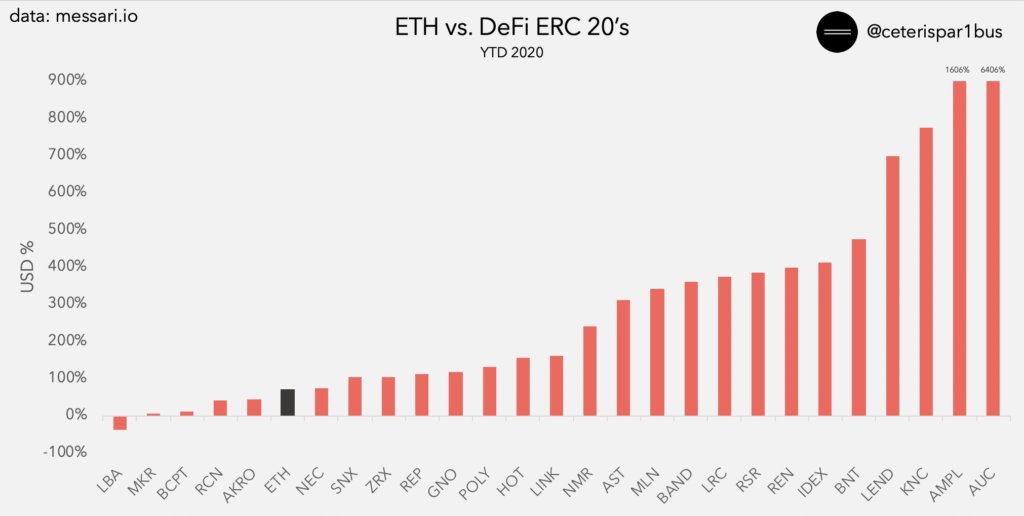 Analysts do not believe that the explosive growth seen by every token related to the decentralized finance ecosystem will be long-lasting, and many are noting that it will likely end badly for investors.

As CryptoSlate reported yesterday, investors are currently valuing the tokens associated with protocols – like Compound (COMP) – higher than the total value of the assets held within the protocol.

One analyst cited within the report notes that a fair valuation would likely price COMP at roughly $50, marking a massive decline from its current price of $200.

Last month, one highly respected trader who trades under the name “light” explained that he believes the implosion of this sector will “feed into ETH” and fuel an uptrend for the cryptocurrency.

“The recent DeFi bull market will implode shortly and feed into ETH.” 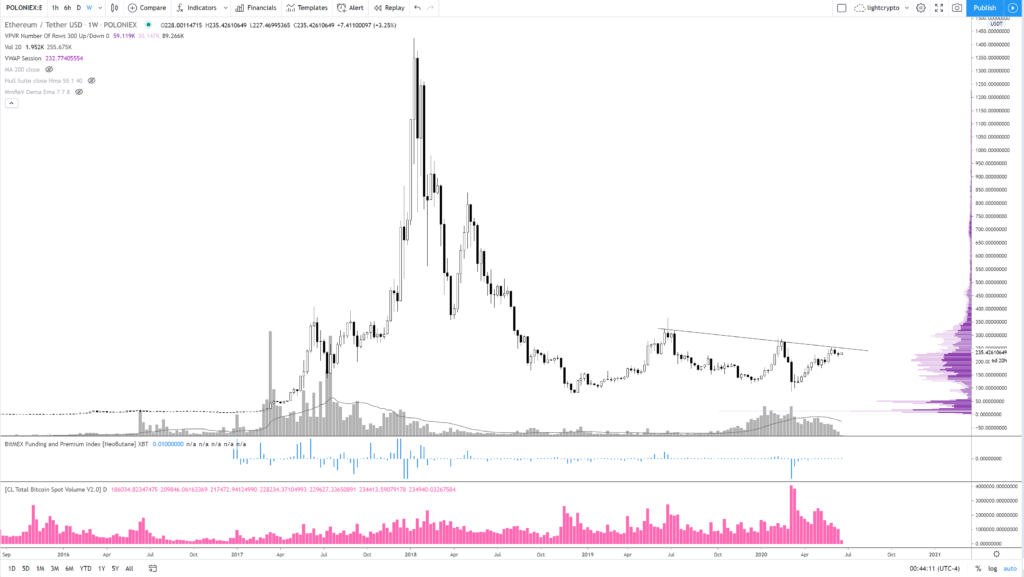 If this possibility does come to fruition, Ethereum could be poised to see notable upside in the months ahead.

The post Why the DeFi sector’s outperformance of Ethereum may not last for long appeared first on CryptoSlate.