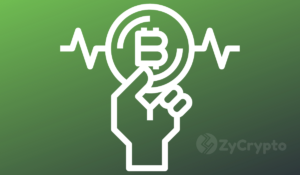 In the crypto world, the past week has been dominated by Libra hearings. Libra, Facebook’s cryptocurrency has come under fire for some time now. Soon after its launch a few months ago, regulators raised concerns that the social media giant was out to disrupt the financial system.

Furthermore, the company was notorious for its handling of user data and the same would be a major concern if they also handled user finances. This was followed by the U.S President, Trump, and Secretary of the Treasury, Mnuchin, criticizing the project publicly.

Cryptocurrencies Are The Future

Last week’s hearings continued with the same, seeing the future of the project come into question. However, the lawmakers from the U.S. Senate and House of Representatives further looked broadly at the whole industry.

One surprising outcome of this was that some representatives defended cryptocurrencies and in particular Bitcoin. Some stated that cryptocurrencies were the future and the entry of Facebook was just confirmation of this.

More notable were the remarks of Rep. Patrick McHenry:

“The world that Satoshi Nakamoto, author of the Bitcoin white paper, envisioned is an unstoppable force. We should not attempt to deter this innovation. And those that have tried have already failed.”

Going into this hearings, many were expecting that the lawmakers would be critical of cryptocurrencies given recent remarks from government officials. To much surprise, they seem to be embracing this future of money. This went well with the market.

Before the hearings, the market was struggling following the backlash with Libra and recent critic from the U.S President and his Secretary of Treasury. As the hearings proceeded, the market showed a change in trend and made a moderate recovery.

Although the discussion remains far from over, there is renewed optimism that lawmakers are not against the new technology. Going by these hearings, their primary concern is national security, investor protection, and liquidity.

Where Next For Bitcoin?

Going into the new week, Bitcoin has recovered from last week’s drop to nearly $9K. At the time of press, the coin has moved above $10,400 and is looking for a position above $11K.

In the new week, we should expect bulls to turn up with renewed hope that regulators are not out to get them. With prices currently showing stability and bullish signals lighting up, the next couple of days could see Bitcoin climb back up and get back to winning ways.

The post With Libra Hearings Depicting Bitcoin As The Hero, What Can We Expect Next? appeared first on ZyCrypto.